January was full of new LEGO sets and there is also going to be a large wave of new sets in March, but there are also a few in between for February. Two of the most popular LEGO BIONICLE characters return with the #40581 LEGO BIONICLE Tahu and Takua set. Comes with a fire sword and disc-thrower accessory. Receive this gift with LEGO City, LEGO Classic, LEGO Creator 3-in-1, LEGO DOTS, LEGO Friends, LEGO Monkie Kid, and LEGO NINJAGO purchases over $100. This offer is valid until February 9th at official LEGO stores and the Online LEGO Shop.

Two new LEGO Botanical sets are available this month; the #10313 LEGO Wildflower Bouquet for $59.99 and the #10314 LEGO Dried Flower Centerpiece for $49.99. Both are beautiful arrangements with interesting LEGO pieces using unique building techniques. Available at the LEGO Icons section of the Online LEGO Shop. 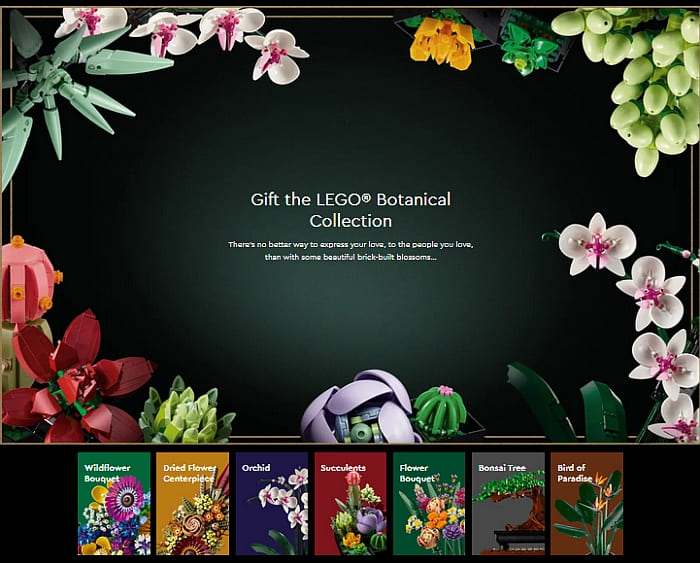 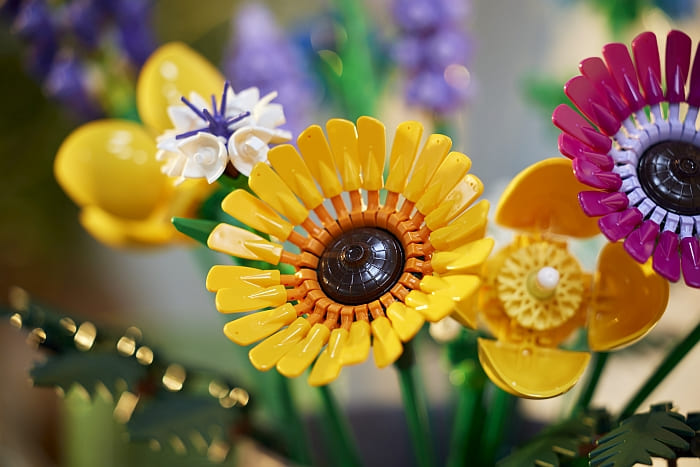 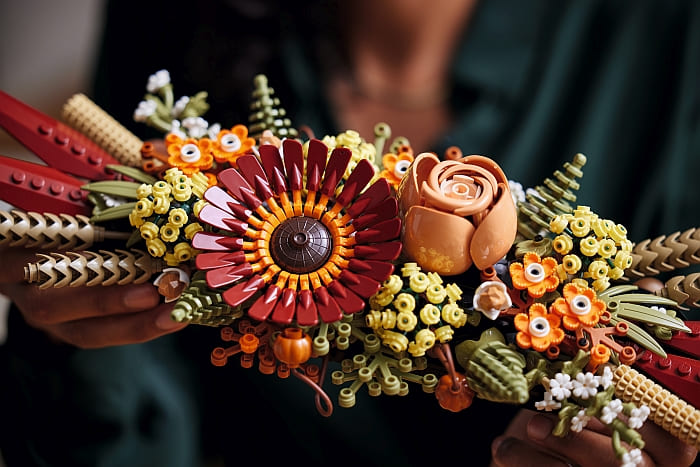 The #21338 LEGO Ideas A-Frame Cabin is now available for LEGO VIP members, and general release will start on February 4th. This is the latest in the originally fan-designed and submitted models that were approved by LEGO and made into an official LEGO set. The iconic, steeply angled roof is easily detached for access to the detailed interior. The bedroom on the upper level and the living area, study, and kitchenette on the lower level are full of accessories to create a cozy atmosphere. The set also includes three colorful trees that can be connected to create an island, plus a canoe, four minifigures, and eleven animals including months, butterflies, frogs, birds, and otter, a spider, and a squirrel. The set costs $179.99 and is available at the LEGO Ideas section of the Online LEGO Shop. 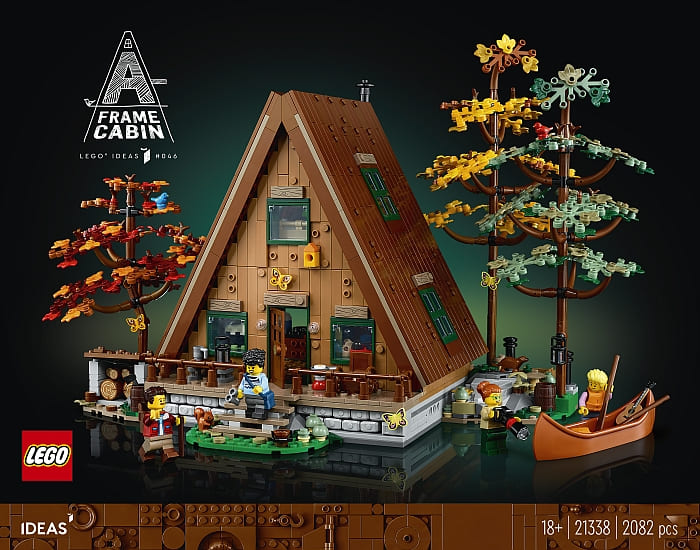 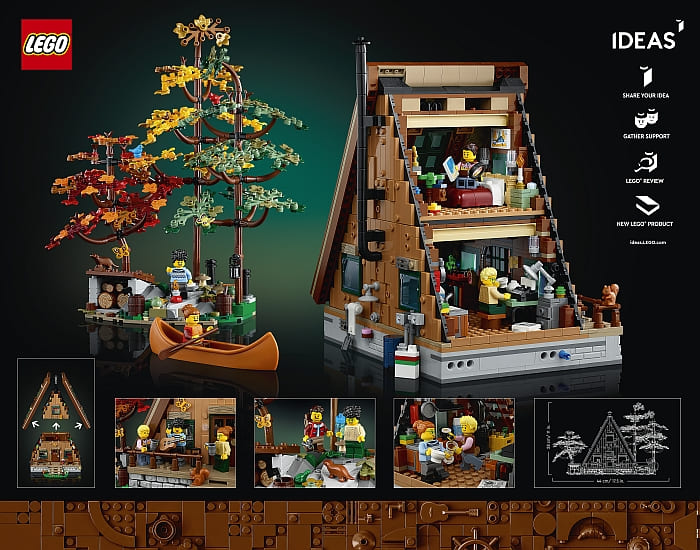 A cute small set that was just released is the #40639 LEGO Bird’s Nest featuring a nest with a flowering branch and space for a mama bird, two chicks, and three Easter eggs. The birds and eggs can be removed, and all three birds have movable wings. Great for the Easter holiday or just for building something cute. The price is $12.99 and the set is available at the seasonal items section of the Online LEGO Shop. 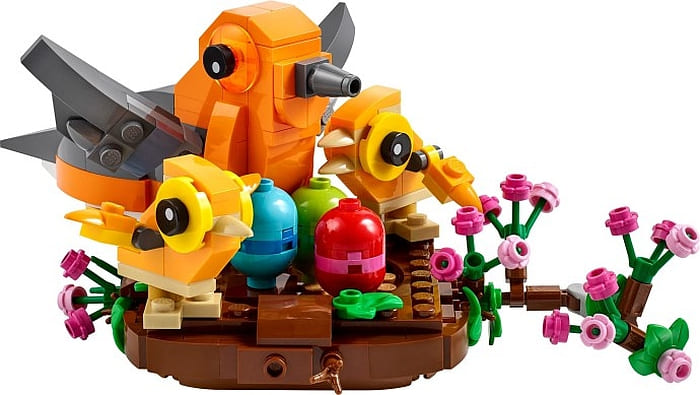 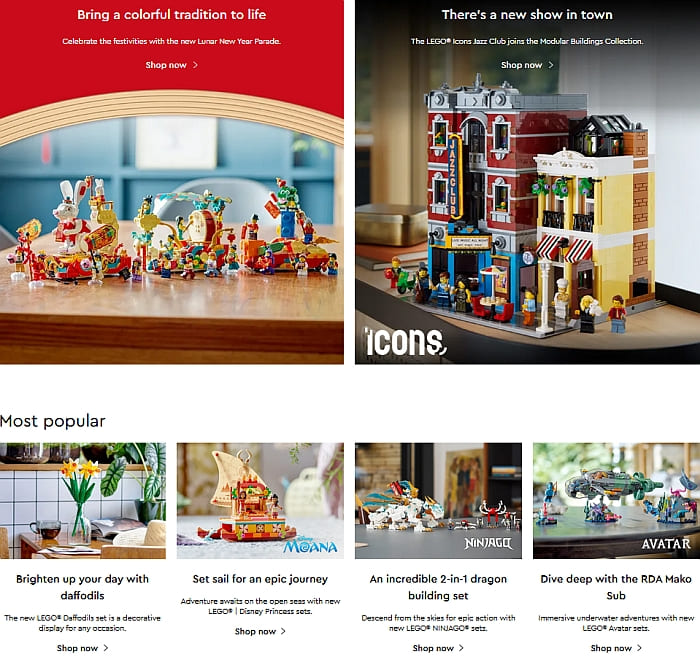 What do you think? Are you excited about any of the new sets released this month? Feel free to share and discuss in the comment section below!

There are a number of great LEGO City sets that were released at the beginning of the year, so I thought to discuss some of the most interesting ones. Although LEGO City is mostly recommended for kids, they are also excellent add-ons for adults with LEGO City dioramas, and they also work well with the LEGO Modular Building series. So let’s take a look! 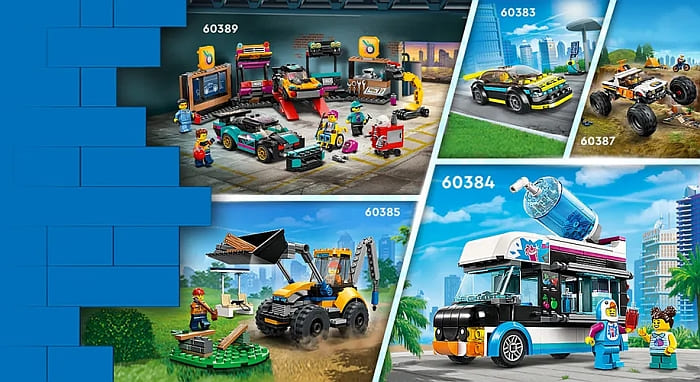 The #60384 LEGO City Penguin Slushy Van is one of the smaller sets that only costs $19.99, but it features a lot of cool features and functions, including a prep area with four slushy machines and a sliding serving hatch. And both minifigs are adorable! This set is a fun addition to any LEGO City layout! Available at the LEGO City section of the Online LEGO Shop. 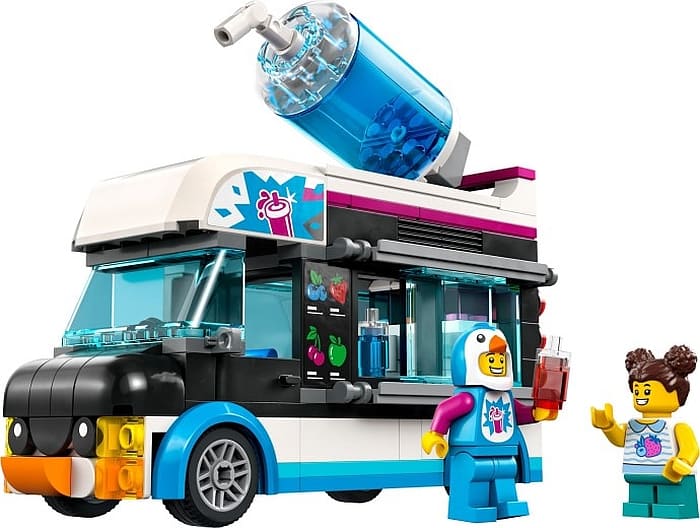 The #60386 LEGO City Recycling Truck is another excellent smaller set this year, featuring a recycling center with three containers, a recycling truck with a tipping platform for emptying the containers and a raisable flatbed for offloading, and three minifigures. It’s available for $29.99 at the LEGO City section of the Online LEGO Shop.

The #60388 LEGO City Gaming Tournament Truck is an interesting set with some cool features. You can open the trailer to reveal a stage with two computer gaming stations and a stadium screen with fun animation functionality, plus a winner’s trophy and cool merchandise for LEGO City’s eSport fans. I really like the stickers in this set, as they are fresh and vibrant, and the four minifigs are great as well. The $39.99 price tag is reasonable, and the set is available at the LEGO City section of the Online LEGO Shop. 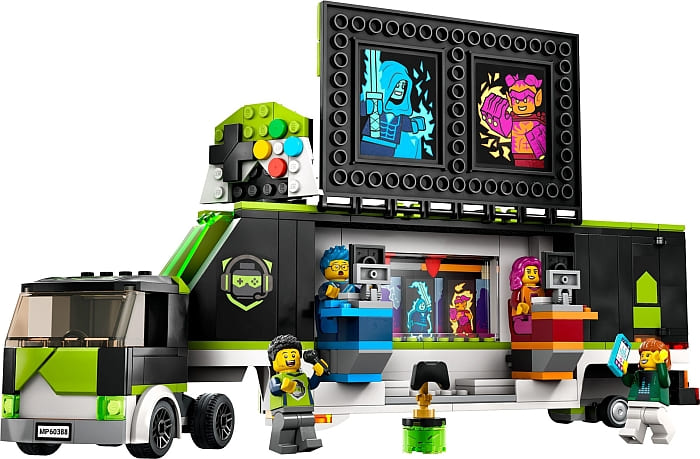 The #60389 LEGO City Custom Car Garage is one of the most interesting new released this year. The garage is well-equipped with tools for welding, painting, and repairs. And the two customizable cars come with three sets of front and back ends that you can swap out as you desire. Watch the video-review below by JANGBRiCKS of how this function works. I think it’s a great approach to customizing vehicles without having to take them apart and rebuild them, and I hope that we will see more vehicles like this in the future. Four minifigs are also included. The set is available for $59.99 at the LEGO City section of the Online LEGO Shop.

LEGO City sets can be a bit boring for those in the hobby for a long time, as they tend to repeat the same subjects, characters, and color-schemes. But these sets have a new and fresh color-palette, fun details, and even the prices aren’t too bad. I think they are worth considering, especially if you have a LEGO City display. If you would like to check out the full selection, visit the LEGO City section of the Online LEGO Shop. 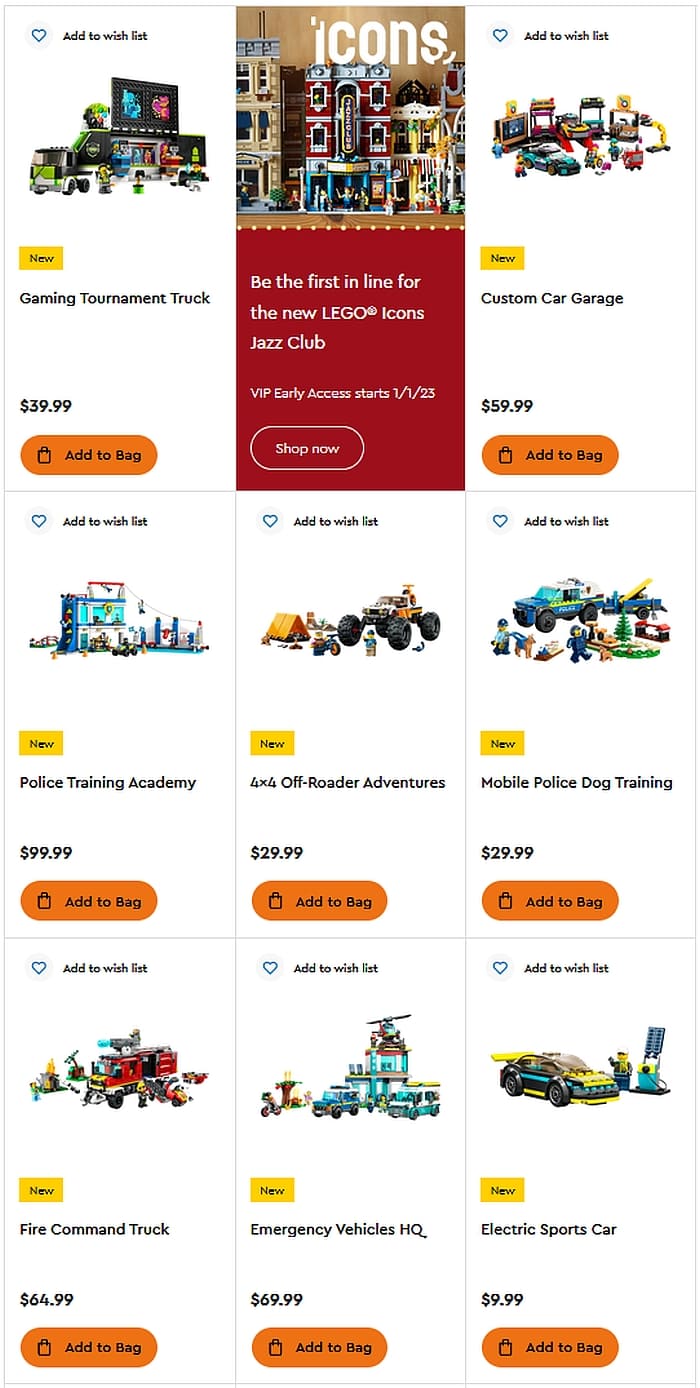 What do you think? How do you like the new LEGO City sets? Are you planning to get any of them? Feel free to share your thoughts and discuss in the comment section below!