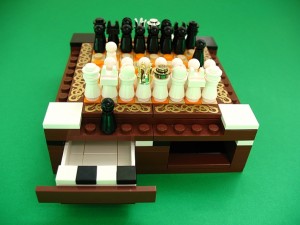 When I was a child my father had this cute little chess set. It was about 4 x 4 inches, and made of wood. It had 2 drawers (one on each side) to hold the chess pieces.

My father thaught me how to play chess when I was about 6. Although I have learned the rules I never really warmed up to the game, or got good at it. I found it too slow and intellectual. Not my style. 😉

But I did like the little chess set. Unfortunately I don’t know what happened to it through all the moves, but I still have a clear picture of how it looked like.

So, when I got back to building with LEGO after my “dark ages”, I decided to build a tiny LEGO chess set. I tried to copy the simplicity and practicality of the chess set my father had, and also its size. I think it turned out nice. 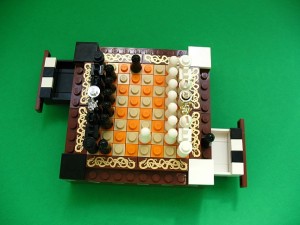 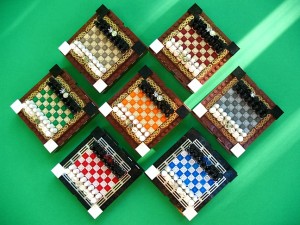 All LEGO parts for these LEGO chess sets are shiny new. There is one modified part for the pawns’ head, (made from LEGO tow-balls) that is included with each set. However if you want a more “purist” version just regular round plates work well also. I just liked the more authentic look of the round heads. 🙂 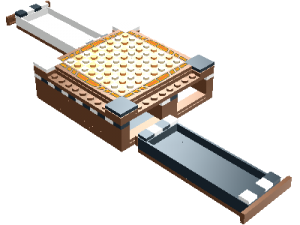 And if you already have the parts to build this little LEGO chess set, and just need a bit of direction for how to make one, just ask. 😉