I completely dropped the ball on announcing this LEGO contest, but there are still two weeks left, and this contest is certainly worthy of your consideration. The contest is run by From-Bricks-to-Bothans (aka. FBTB). Here is the scoop: 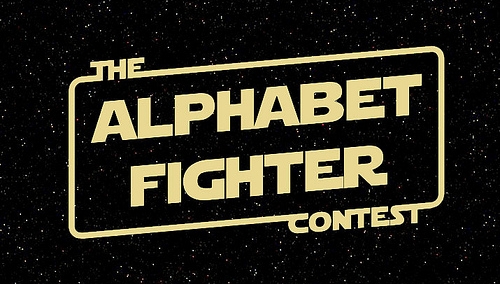 “Rumour has it that the Incom Corporation entertained design ideas for letters A-W before settling on the X-wing. Okay, I totally made that up but it sounded like a good intro for our next contest: The Alphabet Fighter Contest. Your mission, should you choose to accept it, is to design a kick-sarlacc star-fighter in the shape of any letter in the Latin alphabet. There are some epic prizes to win, something for first, second, and third place.”

➡ Build a star-fighter with a shape based on any one letter of the Latin alphabet. The star-fighter must be space-worthy, i.e. have an enclosed cockpit. For the record, the following is a list of allowable characters:

(Ships forming any of the above letters representing an exotic font will not be accepted. The letter must be immediately recognizable.)

➡ Submit up to 4 pictures of your fighter. One of your photos must show your star-fighter in the shape of the letter it is representing. One picture must show the droid socket. The other 2 can be of your choosing.

➡ Ship must be minifig scale and seat a minifig pilot.

➡ Ship must include space for an astromech-droid. Only fully assembled droids will be allowed consisting of a dome-head, body and 2 legs.

➡ Submission deadline is 11:59pm Pacific Time (UTC -8) July 31, 2011. You may submit/edit/delete/resubmit your pictures up until the deadline when the entries are locked in.

DETAILS: To enter and check out all the LEGO contest details go here: FBTB – Alphabet Fighter Contest. There are some really awesome entries so far, so you may want to check those out too for some inspiration! 😉 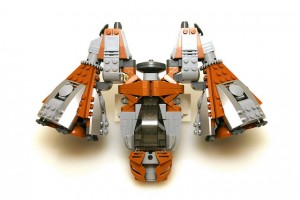 Fun contest and amazing prizes, isn’t it? Oh, and if you would like some ideas, check out Tips for Winning a LEGO Contest! 😛