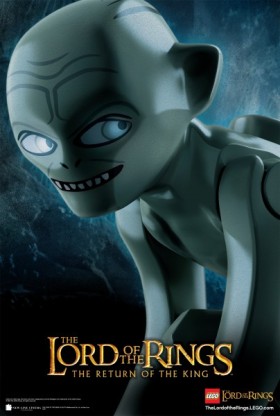 The following image is a line-up of the Fellowship of the Ring, aka. the LEGO Lord of the Rings “good-guys”:  Legolas – the elf, Boromir, Aragorn, Gandalf the Gray, Frodo, Sam, Merry and Pippin – the hobbits, and Gimli – the dwarf. (Click on the image for full view.) 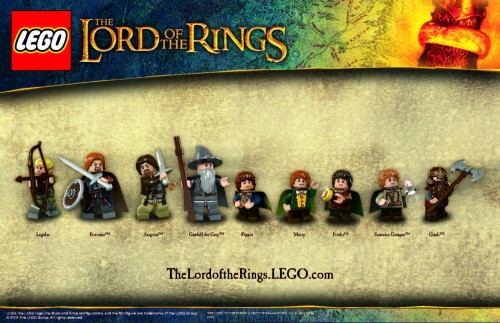 And here we have the LEGO Lord of the Rings ‘bad-guys”:  an Uruk-hai, Gollum, a Ringwraith, an Orc of Moria, and an Orc of Mordor. (Click on the image for full view.) 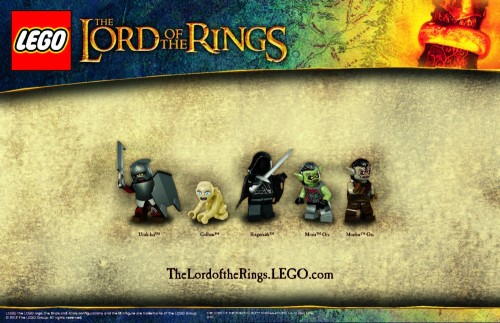 I really like the “good-guys”, as I have mentioned in the previous post. As far as the baddies go, I absolutely love the Uruk-hai and can see myself getting a whole army of those savages. I like the Orcs too. It appears that their ear is part of the hair-attachment, like on the LEGO elves, but longer and pointier. Nicely done! The Ringwraith looks scary enough, although it would have been nice if they are taller to make them more menacing. And I’m not so sure about Gollum. I appreciate that LEGO didn’t go with just a short-legged minifig, but put some serious effort into creating a new mold. Gollum is not an easy character to put into LEGO-form, so all in all I’m not disappointed, but I think he could be better. And he definitely needs a fish! 😮

Here are close-ups for each of the LEGO Lord of the Rings minifigures for your further viewing pleasure! These are from LEGO’s Facebook Page. Click on any of the images to enlarge. (Thanks, Chris, for the link!) 😉

What do you think? And what about the other LEGO Lord of the Rings characters? How do you like them so far? Share your thoughts below! 🙂

And to learn more about the LEGO Lord of the Rings line check here:

Next post: Preparing your LEGO Users Group for a show