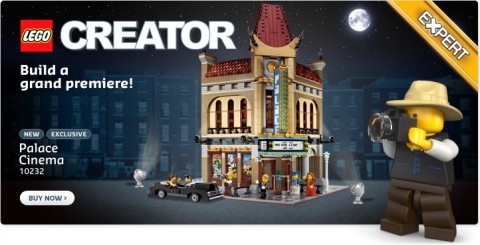 Some noteworthy features of the LEGO Cinema are as follows (at least the ones we can detect from the picture); the roof built of 1×1 round bricks and plates in red and dark red looks awesome! The brick-built sign spelling out the cinema’s name; PALACE (although I’m not sure I like the mixed upper and lower-case letters). A nice combination of tan and dark tan for the walls – one can never get enough of those pieces! Movie-posters at the front – I really hope these are not stickers! Floodlights, a black convertible (at least I think it’s a convertible), and at least 6 minifigures. 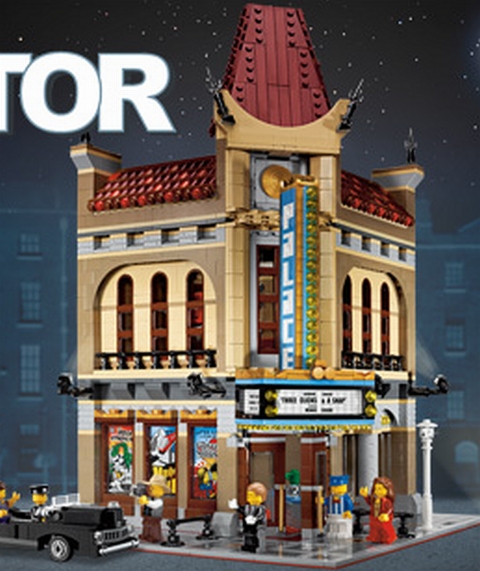 The LEGO Cinema has an overall Chinese style that some LEGO fans assume are inspired by Grauman’s Chinese Theatre in Hollywood, California. Note the same curve at the center tower, similar colors and other similar details. 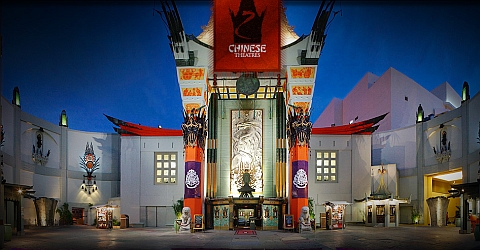 Also note the EXPERT logo at the upper right corner of the image. LEGO started to categorize all large sets that are not part of a theme and intended for more experienced builders as Expert Builder sets this year. For currently available LEGO Modular Buildings check out the Online LEGO Shop: