If you are a regular reader here at theBrickBlogger you may remember that last month I started a new series for showing you some of the best LEGO videos of the previous month. (You can read March LEGO video picks here: The Best LEGO Videos – March 2013 Picks.) Today I will show you the LEGO videos I considered outstanding in the month of April. I will categorize them the same way as last time; picking the best videos and the runner ups in the categories of LEGO Stop-Motion Animation, LEGO CGI Videos, and Other LEGO Videos. April hadn’t been as loaded as March with great LEGO videos, however there are still a few good ones, so let’s dive right in and check them out! 🙂

➡ The LEGO Stop-Motion Animation award goes to this really cool stop-motion LEGO video by Bovonic Tonic about a wizard turning his ride into a beast. After some research I learned that this brief animation was made for the ReBrick LEGO Film Competition, where the winner will have their video integrated into The LEGO Movie scheduled for release in 2014. The topic is “LEGO Minifigures altering their environment to rebel against the evil President Business” – so in other words, changing something to something else. This LEGO video is pretty neat. Making stuff fly is something I have no idea how to do in LEGO stop-motion videos, so I’m impressed. Also, the change from the cow/bull into the gigantic beast is very seamless.

For a close second place in this category, I’m going with another video made for the competition, this time by Bionicle28. I chose not to let this one be first, since I found changing a cow to a bigger cow more creative than a helicopter to a quadruped mech. Well, some of you may disagree, but that’s pretty much my only reason. You can watch the video here. 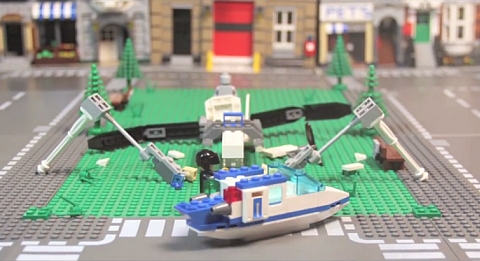 ➡ The LEGO CGI Video award goes to The LEGO Story: Outtake. If you remember, for the 80th anniversary of the LEGO Company, LEGO released one of their best non-movie CGI animations, The LEGO Story, chronicling the history of the company. Well sure, this LEGO video is technically released over eight months after The LEGO Story, but it’s still great. Basically it’s an outtake of the part where Godtfred Kirk Christiansen invented the inner-tubes for LEGO bricks for better clutch-power, inspired by the instability of his son Kjeld’s LEGO creation. However, in this outtake, Kjeld hadn’t finished his tower/rocket yet, but Godtfred still delivered his line, unfortunately stepping on a red 2×4 LEGO brick. This video is probably a nod to parents who perpetually suffer from stepping on LEGO bricks… 🙄

For second place there is a little treat for LEGO Legends of Chima fans; the LEGO Legend of Chima episodes in higher quality than what we have seen before! Well, there is a catch though. There’s always a catch. Otherwise life wouldn’t be so interesting, would it? All the episodes are in Swedish, with no subtitles. Just straightforward, pure Swedish. Well, I suppose I could dub in the voice from the English version, but that’s long and tedious work. You can watch the videos here: LOC 1.1, LOC 1.2, LOC 2.1, LOC 2.2. 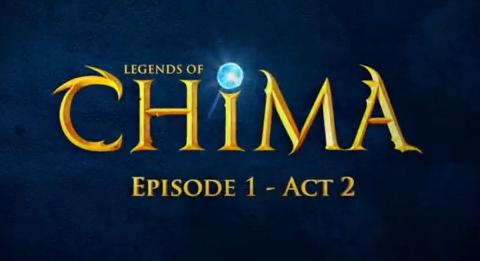 ➡ The Other LEGO Videos award goes to this LEGO Micro-Square tip where LEGO Master Builders Pete, Mark and Erik talk about bringing your LEGO creations to life with people, plants and animals all built in micro-scale! Adding creatures to your LEGO creations may even stimulate you to create something else ingenious for your LEGO micro-creation; such as a nest for your monster, dumpsters for your people, etc.

The second winner in this category is (remember? there were two winners in this category!) this blocumentary by Rymdreglage (a.k.a. Ninja Moped). There are a lot of simply mind-blowing LEGO stop-motion details, which – surprisingly – are made out of mostly basic and very common LEGO bricks. Also that music is incredibly catchy. While I’m not as excited with this as the Angus McLane video I mentioned in the March LEGO video picks, I still think it’s very good.

Finally second (or… third) place is this video about a LEGO Legends of Chima event/tour at a ski-resort. I’m not quite sure why, but I find it quite charming. Oh yes, by the way, it’s in French, I think. But unlike the Swedish videos, this one should be much more tolerable since it is mostly visual. You can watch the video here. 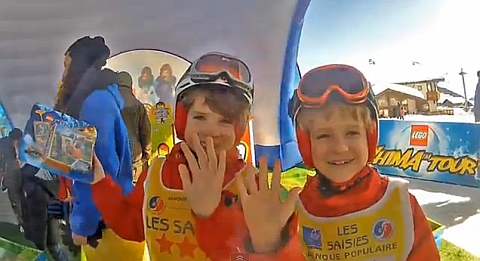 And that wraps up the month of April as far as LEGO videos. What do you think? How did you like the videos I mentioned here? Do you have your own favorites? Feel free to share and discuss in the comment section below, and stay tuned for next month’s picks! 😉

As I mentioned in my previous posts, I’m a TFOL (Teen-Fan-of LEGO) and I’m an official contributor here. You can visit my Contributor’s Page if you would like to learn more about me or just to chat. And you might also like to check out the following related articles: