In this Brick Breakdown series I review official LEGO sets, from the perspective of looking at interesting building techniques we can all learn from. Today we will be looking at one of the LEGO Monster Fighters sets, the #9467 LEGO Monster Fighters Ghost Train. You can also check out the previously discussed LEGO building techniques found in official LEGO sets at the end of this article. 🙂 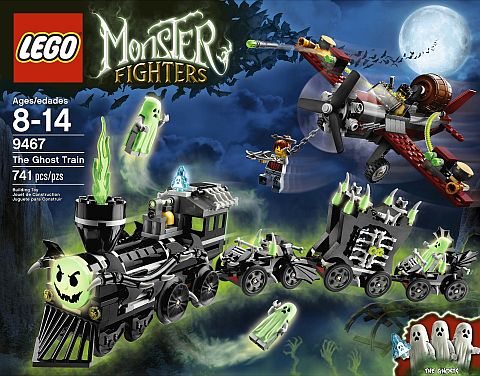 When I first heard about the LEGO Monster Fighters Ghost Train, I was looking forward to get my hands on it as soon as possible. Once I had a chance to put it together however I had mixed feelings. Don’t get me wrong, it’s a great set – my disappointment came from the train-cars attached to the engine. I think the disconnect for me was that I was expecting more train and a little less amusement-park in the design. Now that I have had some time to absorb my initial disappointment, I can understand why LEGO went in this direction, and because of that we have more LEGO techniques to look at.

Grab any round LEGO brick that is large enough to use an axle and chances are it will have a hole that can accommodate one. The reason for this probably stems from a need for re-enforcing connections made with round elements. If you take the time to notice, the studs on these elements are either slightly cut off or only cover certain portions of the piece. Most of the time this reduction in clutch-power won’t dramatically affect a LEGO model, however, since LEGO sets are designed for play, it’s important that all the connections hold up to rigorous use. Enter the LEGO technique “axle-coring”. 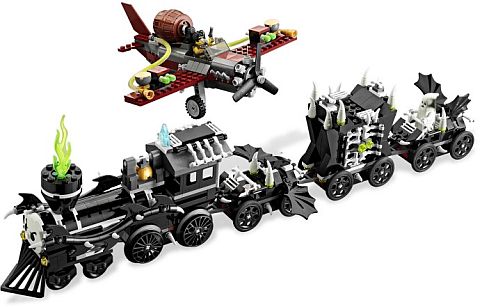 This technique provides a slightly unconventional inner support-system for LEGO elements that have an axle-hole, by allowing the thus created rounded columns the ability to withstand a lot of side-to-side movement. Consider the axle as bone, and the pieces it cores through the rest of the body; the bone help to shape and solidify long structures. 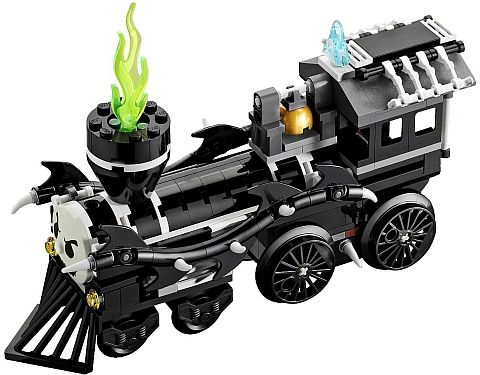 In the LEGO Monster Fighters Ghost Train, the boiler of the engine fully utilizes the axle coring method. It also uses the pin holes found in many 4×4 round LEGO bricks to either connect to pins or receive half-pins to create stud surfaces. In the case of the Ghost Train, the axle connects large four-by-four round plates and bricks, as well as 2×2 round bricks surrounded with “macaroni”-bricks. The end result is a highly detailed train-engine where the sturdiness is entirely based around the axle-core.

As much as I didn’t care for the small cars attached to the train, they do contain a very interesting technique. Paddling typically results in an up and down motion. In the case of the LEGO Monster Fighters Ghost Train, you get bat-wings that flap up and down on the sides of the train-cars. The principle behind the technique is quite simple; take a LEGO element that is fixed to something that moves and make it stick out far enough to attach to another element that you want moving. This connecting element is typically a type of arm. The trick in this design is picking the right type of paddling piece. You don’t want something that will ruin itself or other parts while moving, so you have to avoid sharp-edged elements. In this set LEGO designers used a teardrop-shaped wheel that doesn’t scrape, thanks to all its curved edges. Other candidates could be rounded lift-arms, rounded propellers, elements with ball-joint ends, and rubbery tires. Besides keeping your LEGO pieces safe, another reason you would want to choose the most suitable element is because your LEGO model will need to sustain the moving action whenever you activate it – which means it has to be reliable for long periods of time. Failure to do so may result in the number one reason why your model would stop, break, or no longer look right. 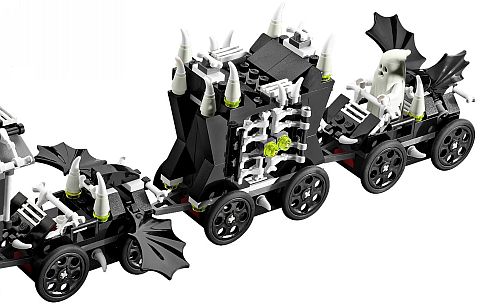 I call this LEGO technique paddling because it represents the type of action paddles are designed to do. Take for instance a boat paddle; it is placed into the water to push against it and propel the boat forward. It is then cycled around to do the same thing over and over again. Another paddle example is the toy involving a ball and paddle connected with a rubber-band. The paddle in this case is moved to knock the ball out and away. The rubber-band brings it back so that the action can be performed again. Of course LEGO has its own way to go about applying this technique, but it is quite similar in principle.

When using axle-coring in your LEGO models, it is important to use elements that have the “X” axle shape. If the piece only has a round hole, you might end up with things that spin in place. It is also important to point out that axle coring is not confined to horizontal builds. It is often present when LEGO forms columns vertically or even at angles. The important fact here is that axle-coring gives round LEGO elements much needed structural integrity. Just keep in mind that taking them apart can be a bit of a chore.

As for paddling, if you ever need to integrate an up -and-down motion in your LEGO models, it will be the technique to try first. LEGO has had a few pistons over the years, but nothing has stuck around long enough to depend on having those pieces. So until that changes, paddling is your go-to technique for continuous up-and-down motions. If you are trying the paddling-technique for the first time, it may be easier to use the paddle from below the object you want to move. Gravity will often play a huge role in how your paddling-action works. As you get more comfortable with the technique, you can then expand it to more creative uses. 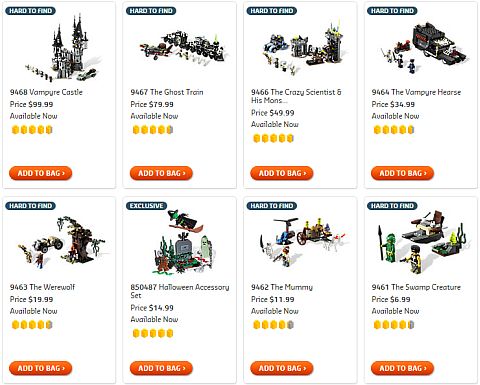 So what do you think? How do you like the LEGO building techniques discussed here? Do you ever use axles to make your columns or other round structures stronger? And how about adding motion to your LEGO creations by using the paddling technique? Feel free to share your own experiences, tips or ask questions in the comment section below! 😉

Next post: LEGO Back to the Future DeLorean coming!