LEGO The Hobbit Azog minifig – only 100!

If you thought Mr. Gold was the most expensive minifigure on the secondary market at over a $1,000, you might be interested to know that he has been toppled from his lofty position by another minifig. At the recent San Diego Comic-Con LEGO employees randomly gave away only 100 LEGO Azog minifigures from the LEGO The Hobbit line. 🙂 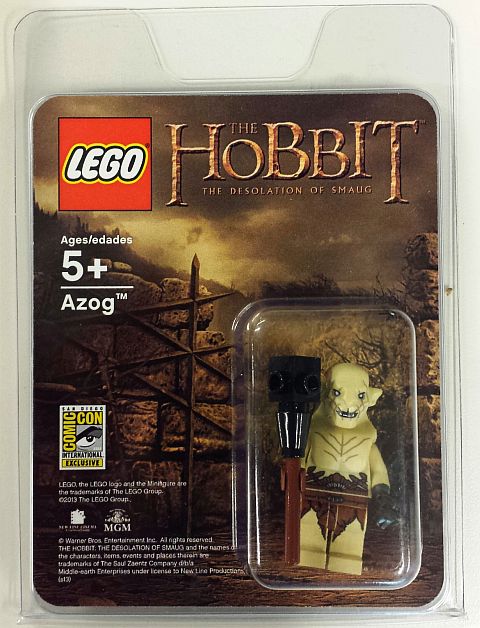 The LEGO Azog minifigure was not part of a raffle, like the exclusive LEGO Super Heroes minifigures that were also given away at Comic-Con (see: Comic-Con LEGO Super Heroes Minifigs!). Azog was simply handed out to random visitors to the LEGO booth throughout the event. And only 100! This definitely makes him one of the rarest minifigures of all time!

If you read The Hobbit or seen the movie, you know that Azog was one of the main antagonists of the dwarves. In the movie his role was greatly expanded and he was referred to as “The Pale Orc”. LEGO fans have been greatly desiring to get him in minifigure form. 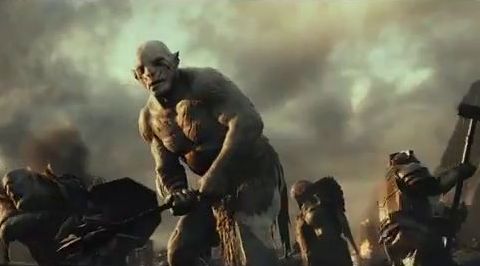 The LEGO Azog minifigure doesn’t disappoint. He is very much in the likeness of the character in the movie. I like how LEGO made him taller by giving him a full upper-body mould, instead of just a moulded head. I have heard rumors that a slightly different and paler version of Azog will appear in a later LEGO set, but I haven’t seen this being confirmed. 🙄 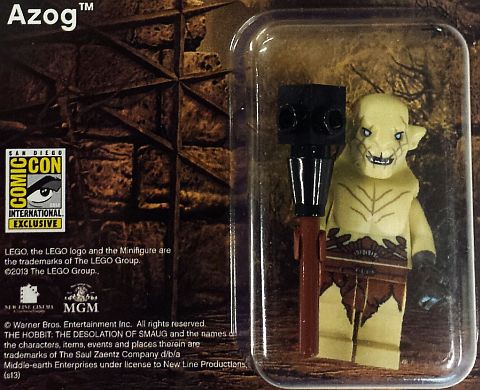 Anyhow, if you would like to participate in the fun of bidding on the LEGO Azog minifigure, or just want to watch the bidding-war, you can check eBay. There is actually a poor soul who sold his Azog for a Buy-It-Now price of $29.95, without realizing the desirability and the rarity of this minifigure. The standard going price is around $1,500 and more. But who knows, you may luck out! SEE LEGO AZOG ON EBAY

What do you think? Do you like the LEGO Azog minifig? Would you like to get one? Or did you get one already? Would you like him to appear in a future LEGO The Hobbit set? Feel free to share your thoughts and discuss in the comment section below! 😉