by Thita (admin) on August 2, 2013
in Featured LEGO Creations

Today we would like to introduce you to a new LEGO project we have been working on; a series of LEGO videos and comics. I know many readers here like LEGO stop-motion videos and web-comics, so thought to share ours. Check it out and let us know what you think! 🙂

The project is called The LEGO Dead. The LEGO Dead is a first for the LEGO community in that there will be both a LEGO comic and YouTube video series for the brand. Our goal is not to make some zombie-frenzy killing-show, but to focus on the characters’ background, and understanding how their lives were affected after the infection. Both versions of The LEGO Dead will follow entirely different groups of survivors. This lends the chance to possible interactions between the two groups in either the LEGO comics or YouTube video series. 😈 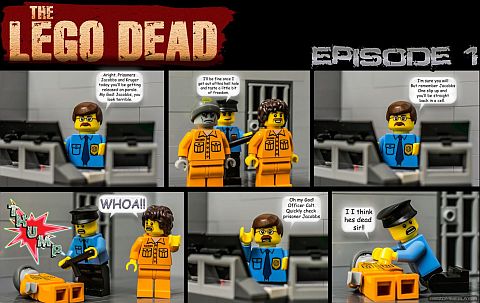 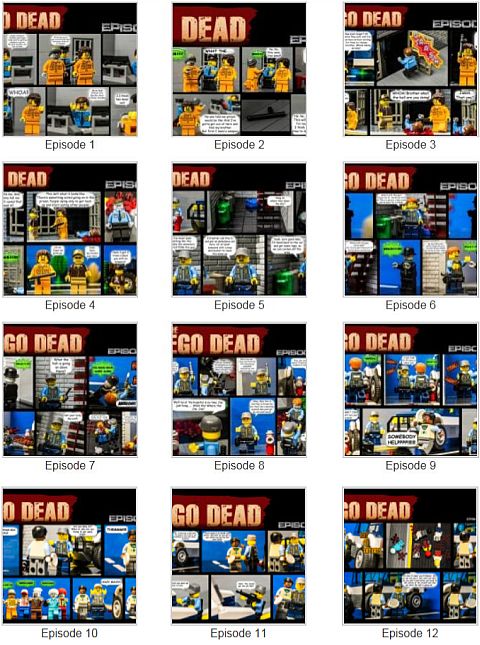 The LEGO Dead YouTube video series follows a character named Jericho, who was an office-worker prior to the infection. Jericho was one of the lucky survivors in being able to find a safe room just for himself full of supplies. The YouTube series actually begins a month after the infection started, supplies are running low for Jericho and he must face the fact that he has to leave his safe room which he had spent an entire month in. The LEGO video series is currently in the works and will arrive this fall. Here is the teaser-trailer, but of course the final videos will be much better! You can check for the LEGO video series here once they get released: The LEGO Dead Video Series at BrickUltra.com

Our hope for The LEGO Dead is to tell a compelling story about each survivors’ struggles against the undead, while dealing with supplies and bandits. Characters are never safe in The LEGO Dead and the possible interactions between the two forms of The LEGO Dead could prove to be very interesting. You can follow the series at the above links, and also at The LEGO Dead Facebook Page. 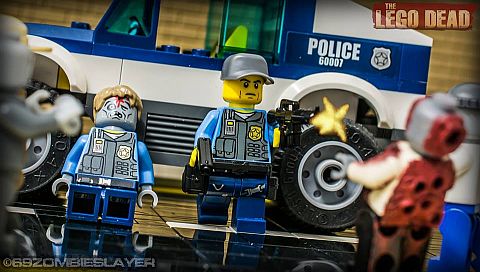 I hope your check out The LEGO Dead comics and look forward to the video-series! Let us know what you think! Also, please leave a comment below about ideas that you would like us to incorporate into either the comics or videos and we’ll try to include it! 😉