If you have been watching the Legends of Chima series on Cartoon Network, you know that after a lot of squabbling between the animal tribes (especially the lions and the crocs), they finally united when the Chi-falls seemingly dried up. Together they have decided to go the dangerous and unknown Outlands to find the Legend Beasts, hoping they will be able to help to restart the life-sustaining Chi.

In the first picture you see all the main characters from the “good tribes”. The lions Laval, Lavertus, and ShadoWind (who is finally revealed as a member of the lion tribe). Then there is Eris the eagle, Rinora and Rogon the rhinos, Cragger the crocodile, and Gorzan from the gorilla tribe. 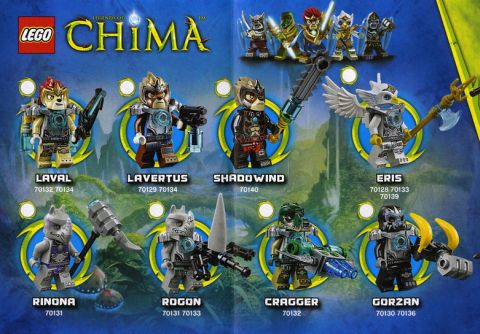 The “bad tribes” are now the scorpions, spiders and bats. Scorm, Scutter and Scolder are from the scorpion tribe and look excellent with highly detailed headpieces, armor and printing. Sparacon, Sparratus and Spinlyn represent the spiders, and the most talked about in LEGO forums. Spinlyn especially is an excellent minifigure. Braptor and Blista are the bats, and I find them incredibly cute. 🙄 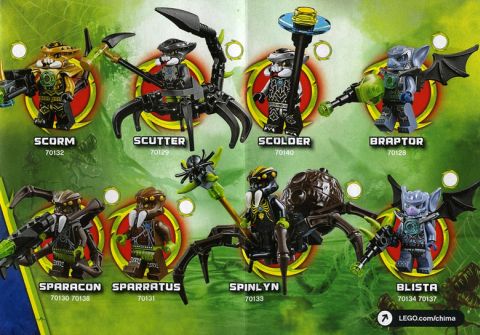 Also, it is worth noting the weapons. There are some interesting combinations there. Under each minifigure there is the identification number of the set(s) they will appear in, so if you really like any of the minifigures you can plan ahead which ones to get. And in the meantime you can check out the currently available LEGO Legends of Chima sets at the Online LEGO Shop. 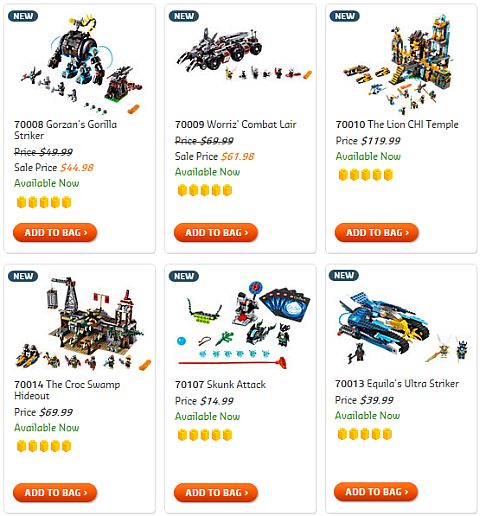 So what do you think? How do you like the idea that the crocs and wolves are now part of the good tribes? And what do you think of the baddies? Which one is your favorite LEGO Legends of Chima minifigure? Feel free to share and discuss in the comment section below! 😉

Next post: Get the LEGO Legends of Chima soundtrack!