A few days ago LEGO revealed the upcoming LEGO The Simpsons Minifigure Series at their Facebook page. So let’s talk about them! 🙂

As previous LEGO minifigure collections there are 16 LEGO The Simpsons minifigs within the series, and they will be packaged in blind baggies as usual. Please note however that this series is not referred to as LEGO Minifigures Series 13, but as LEGO The Simpsons Minifigures. Just like The LEGO Movie Minifigure Series is not called Series 12 officially – although LEGO fans often refer to it that way. As far as I know the series after this will be tied with the LEGO Minifigures Online MMO game – whether that will be referred to as the “real” Series 12 is not known at this point. 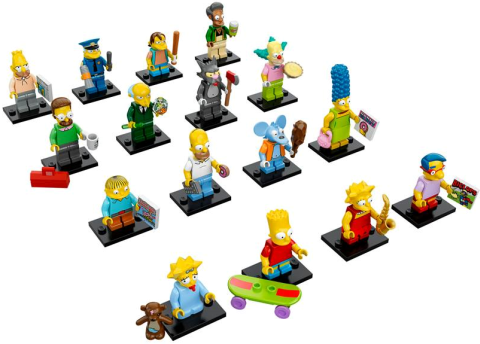