Just a quick alert to let you know that the LEGO Galaxy Squad sets are getting retired, and they are currently on sale at the Online LEGO Shop. This is a very solid LEGO Space theme, and one of my personal favorites. If you have been sitting on the fence about these, or were saving up for them, this is your last chance before they get sold out and prices start to go up on the secondary market. So grab them before they are gone! 🙂 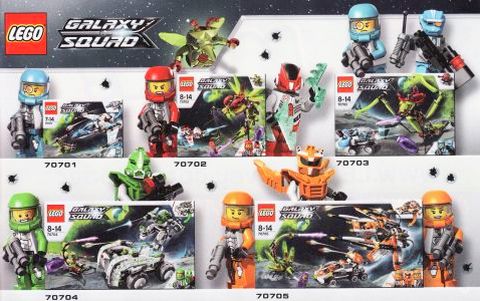 LEGO Galaxy Squad got two waves with 10 sets in total (plus a couple of small polybags). Members of the squad come in orange, blue, red and green uniforms, and they each have a robot sidekick that appears in several of the sets. The humans – and especially the robots – are excellent. On the other side we have the bugs that come in all kinds of sizes and shapes, but they all carry the same color-scheme of lime-green and dark-red, which is a very nice combination. Really, I have nothing negative to say about this line-up. All of the sets are great, and if you like LEGO Space you would not be disappointed with any of them. The large sets are particularly nice with tons of features and lots of playability. I have been playing with and modifying my orange squad for months – at some point I may show you some pictures. 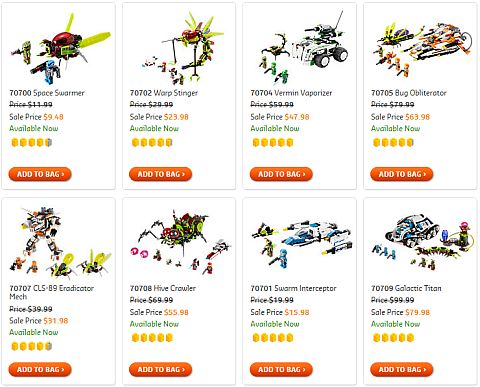 Currently the Online LEGO Shop has 9 of the 12 LEGO Galaxy Squad sets listed, with one of them already sold out. It is possible that prices will drop even lower, but then you are really risking the set being gone by the time you are ready to buy. For example the #70703 Star Slicer dropped from $39.99 to $9.98, but it is now completely gone. Again, this is your last chance, so don’t miss out. Below is the list of LEGO Galaxy Squad sets for your convenience. For more details and to buy visit the Online LEGO Shop.

Speaking of retiring sets, another one you might want to keep an eye on is the #10211 LEGO Modular Grand Emporium. It is not shown as retiring soon yet, but it has been on the market for four years, and it is the next one to go (probably when the next modular building gets released early next year). So if you have been eyeing the Modulars and not sure which one to start with, I would suggest the Emporium. You can see all the currently available LEGO Modular Buildings at the Online LEGO Shop. 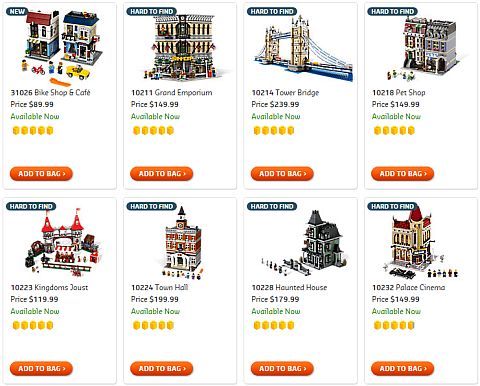 What do you think? Are you planning to get any of the LEGO Galaxy Squad sets before they get retired? If you have them already, how do you like them? Feel free to share and discuss in the comment section below! 😉