➡ #79115 LEGO TMNT Turtle Van Takedown – Get past the roadblock and rescue Michelangelo in the Turtle Van! Vern and Raphael are speeding through the city streets in the souped-up Turtle Van to rescue Michelangelo, but the Foot Soldier has lowered the barricade gate to block the road. Check the on-board computer to outwit it and accelerate to top speed to crash through the barricade. Open up the side doors to unleash the hidden flick missiles and fire the roof missiles to hit the gas tank and blow up the gate. When you find Michelangelo, release the mechanical arms holding him down on the stretcher and crank up the van’s Turtle Power to zoom away. Includes 4 minifigures with weapons: Vern, Foot Soldier, Raphael and Michelangelo. 368 pieces. Price: $39.99 – BUY HERE 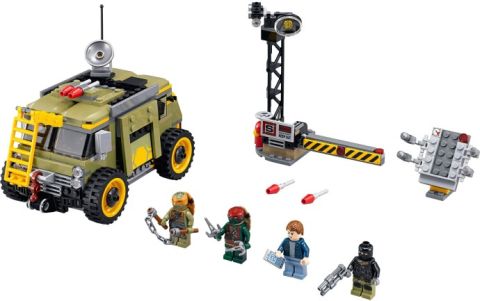 ➡ #79116 LEGO TMNT Big Rig Snow Getaway – Rescue April and escape in the Big Rig! The Turtles have come to the rescue of April and are escaping in the bad guys’ Big Rig truck. Karai and the Foot Soldiers are in hot pursuit in a super-slick black SUV so there’s no time to waste. Speed away with April hanging onto the side of the driver’s cabin. Grab your weapons then take the Turtle Power to the roof for a battle with one of the Foot Soldiers. Swerve to avoid the flick missiles fired from the SUV and tip ooze barrels into the bad guys’ path. When you’ve evaded the Foot Soldiers, open up the sides and roof of the truck to check out the amazing mobile lab! Includes 6 minifigures with weapons and an accessory: April O’Neil, Raphael, Leonardo, Karai and 2 Foot Soldiers. 743 pieces. Price: $69.99 – BUY HERE 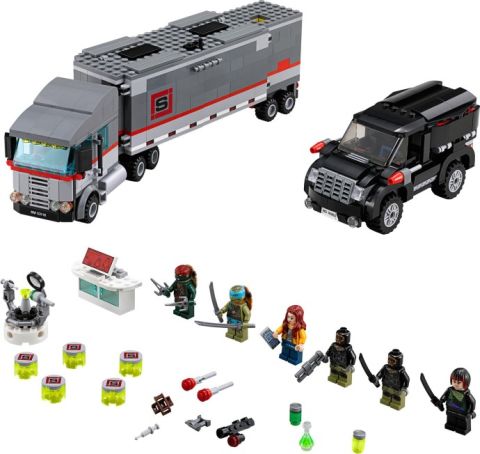 ➡ #79117 LEGO TMNT Turtle Lair Invasion – Defend the Turtle Lair against Shredder’s attack! The Turtle Lair is under attack by Shredder and his Foot Soldiers. Splinter, Donatello and Leonardo must split up to defend their home. Use the bank of screens in the surveillance room to keep an eye on Shredder’s maneuvers. Grab the weapons and defend the manhole cover entrance to the Lair. Climb the ladder and use the cool trap function to drop barrels on the bad guys. Don’t let the evil invaders explode the wall to the fan room, and if the Foot Soldiers discover the hidden door, elevate the slide behind it to drop them in the prison! Shut the cage door to trap intruders and make those villains pay for trespassing on Turtle property! Includes 6 minifigures with weapons: Splinter, Donatello, Leonardo, Shredder and 2 Foot Soldiers. 888 pieces. Price: $99.99 – BUY HERE 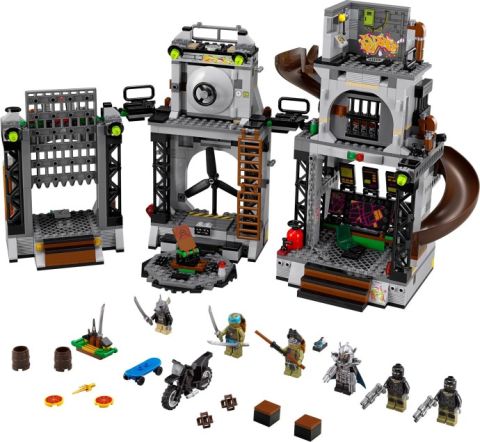 I think the sets look interesting, especially the olive-green pieces, as that is still a fairly new color. The turtles look mighty ugly compared to the cartoon-based versions released previously, but they look ugly in the film too. I do like the new version of the Foot Soldiers however. If you do want to collect all the turtles in the new series, you only need to get two of the sets; the #79115 LEGO TMNT Turtle Van Takedown with Raphael and Michelangelo, and the #79117 LEGO TMNT Turtle Lair Invasion with Donatello and Leonardo. All of the new Teenage Mutant Ninja Turtles sets are available at both Amazon and the Online LEGO Shop. 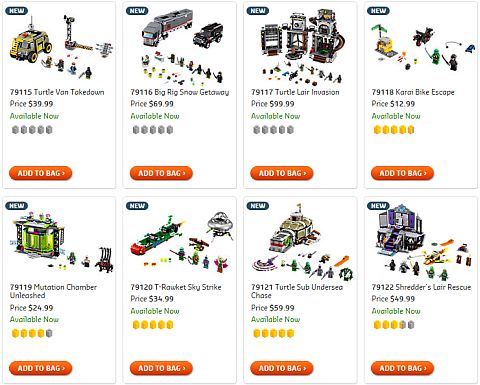 Also, don’t forget that right now you can get a free LEGO TMNT Flashback Shredder minifigure with your order of $75 or more. This offer is only available at the Online LEGO Shop, and only until the 20th of this month, or while supplies last.

So what do you think? How do you like the new LEGO Teenage Mutant Ninja Turtles sets? Do you prefer the sets based on the film or on the cartoon? Are you planning to get any of the new sets? Feel free to share and discuss in the comment section below! 🙂