You may have heard of the book Eragon, which is the first in a series of four books by Christopher Paolini

, who began writing the story at the age of 15. It is a very popular book with young readers, is a New York Times bestseller, and was also made into a film (which I haven’t seen, and my friends who are fans of the book didn’t like it – the book is always better than the film, right?). I have noticed some similarities between the plot of The LEGO Movie and Eragon, so I thought to start a discussion on it here. 🙂 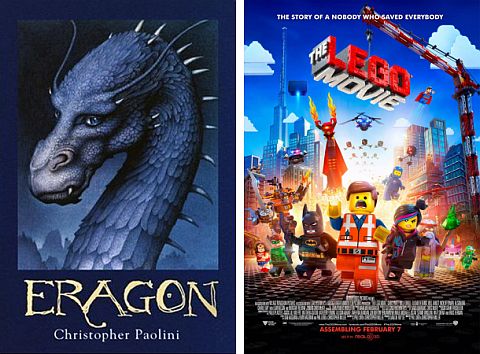 In case you haven’t read the book or seen the movie, Eragon is a fantasy novel, somewhat like Lord of the Rings. It is about the land of Alagaesia, and the wars of the people living there. There is an evil king named Galbatorix, and the protagonist is named Eragon. Basically a story of good versus evil. As far as The LEGO Movie, as a LEGO fan you have likely seen it already so I won’t summarize the plot, but instead dive right into the similarities between the book Eragon and The LEGO Movie. 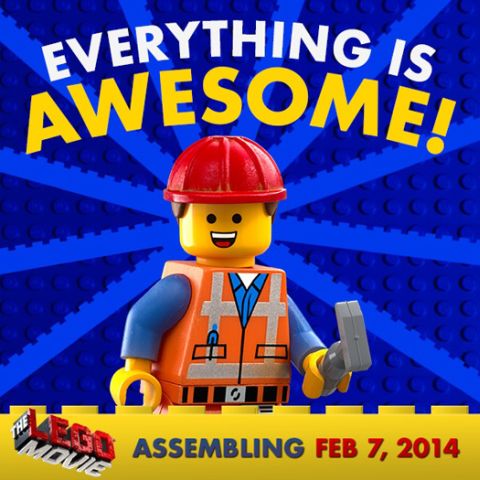 ➡ Eragon & The LEGO Movie Similarity #1: The main character is clueless and powerless at first, and is an average person. He randomly finds an object that suddenly makes everyone wanting to kill him. That’s the similarity, but there is also a difference. In the book Eragon the main character hides the object (a dragon egg) and – at least for a while – is fairly safe. In The Lego Movie, Emmet is captured immediately after finding the Piece of Resistance.

➡ Eragon & The LEGO Movie Similarity #2: The main character accidentally runs into a girl, and falls into love with her at first sight. However in Eragon, his “girlfriend” does not rescue him from jail, instead he rescues her as he finds her when he gets chucked in prison by the badguys. In The Lego Movie Wyldstyle rescues Emmet.

➡ Eragon & The LEGO Movie Similarity #3: In both Eragon and The Lego Movie, the protagonist is woefully ignorant, and is guided along by a wise and old mentor. A difference though is that Eragon hates king Galbatorix, but Emmet likes and believes in President Business. 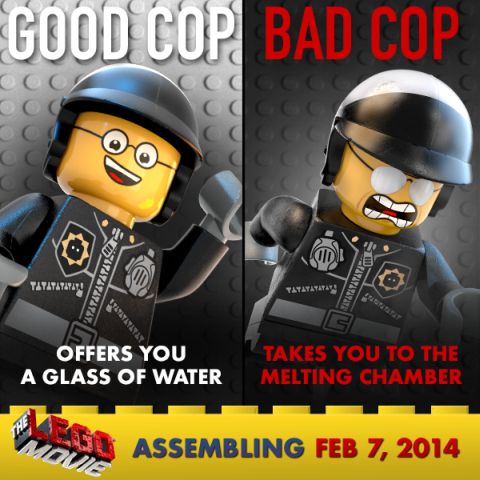 ➡ Eragon & The LEGO Movie Similarity #4: Galbatorix has a Dragon Rider under his command, named Murtagh. However, Murtagh is unwilling to work for Galbatorix at first, until he is forced to follow Galbatorix’s orders by magic. Bad Cop is similar to Murtagh, because they are both the right-hand man of the badguy, but Bad Cop is dominantly bad and only sometimes good even at the beginning, and later he is forced to be evil at all times. Both of them change sides at the end of the story.

➡ Eragon & The LEGO Movie Similarity #5: In both Eragon and The Lego Movie the goodguys have a hidden base that gets invaded by the badguys. However while in Eragon the Varden (the goodguys) win, in The Lego Movie Cloud Cuckoo Land is completely destroyed.

➡ Eragon & The LEGO Movie Similarity #6: The final similarity I found is that in both stories the protagonist makes it through the battle outside the badguy’s base, and then goes through a gauntlet to get to the main badguy. They almost fail (coincidentally, they are both suspended motionless, but Eragon is released to fight Murtagh for Galbatorix’s amusement), but then they finally win by showing the badguy the wrongs he has committed. In the book Eragon, however, the hero does not try to convince Galbatorix to change sides and right his wrongs, instead Galbatorix is consumed by his own evil and explodes, destroying the palace with him.

I was quite surprised by the number of similarities that book Eragon and The Lego Movie share, and had a lot of fun writing them up. I enjoyed The LEGO Movie, and all four of the books (Eragon, Eldest, Brisingr, and Inheritance). If you haven’t heard of them before I definitely recommend reading them yourself. They should be available at most bookstores and also on Amazon. Here are the links:

➡ INHERITANCE CYCLE (all four books in the Eragon series)

➡ THE LEGO MOVIE – DVD on Amazon

So what do you think? Do you find these similarities between The LEGO Movie and Eragon interesting? Have you already read Eragon and noticed the similarities yourself? Did you find any other ones that I have missed? Feel free to share in the comments section below! 😉