While big LEGO Star Wars sets are very impressive and in line with the awesomeness of the Star Wars Universe, it is often the small sets that end up being the most fun. This is especially true for the LEGO Star Wars MicroFighters line, which has quickly become a fan-favorite. 🙂 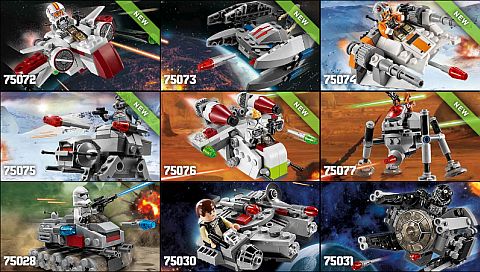 In both series there are three goodguy vehicles, and three badguy vehicles to match them (in fact, even the box art matches up). And each set includes a minifigure as well. In the first series released in 2014 the #75030 LEGO Star Wars Millennium Falcon, the #75031 LEGO Star Wars TIE Interceptor, and the #75032 LEGO Star Wars X-wing Fighter were especially winning models. 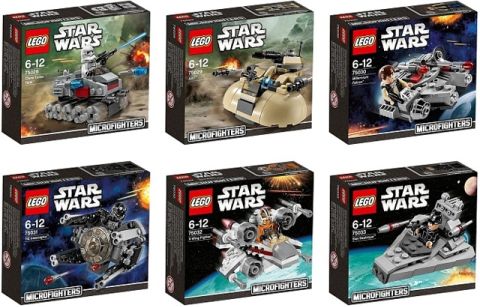 In the second series of LEGO Star Wars MicroFighters that was just released a couple of weeks ago, there are even more great designs! The #7072 LEGO Star Wars ARC-170 Starfighter, the #75074 LEGO Star Wars Snowspeeder, and the #75077 LEGO Star Wars Homing Spider Droid make reasonable small fighters on their own, even outside of the Star Wars universe. In other words you could add these small vehicles to your other LEGO Space sets as one-man fighters and they would fit right in. 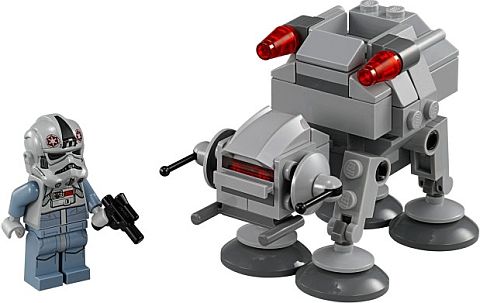 But amongst all these cute little buggers, the one that takes the trophy is the #75075 LEGO Star Wars AT-AT. It is just too adorable, resembling some kind of robot puppy/pony combination with a great range of articulation. Just take a look at the pictures below. In the first image you can see three little AT-ATs shortly after birth with the whole herd (photo by justapenguin), then you see how AT-ATs are getting trained to follow commands (photos by SheogorathForever), and finally – with a little modification – three progressively larger AT-ATs (photo by Beefyonder). 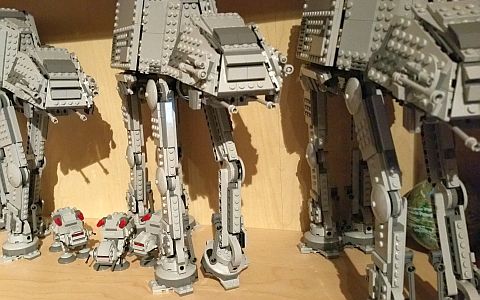 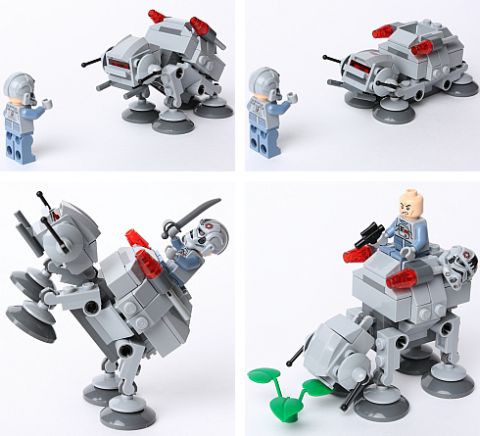 Cute, aren’t they? And as you can see, people are having lots of fun with them. I have also considered adding the LEGO Star Wars Microfighters into a Star Wars themed carousel for my minifigs, or some kind of theme-park. Anyhow, the point is that even if you have never gotten into LEGO Star Wars due to space and budget constrains, you might still consider LEGO Star Wars MicroFighters. And if you are a LEGO Star Wars fan who is after big sets, don’t pass over these little guys – you might find that you will end up playing with them more often than with their bigger versions. They have a creative design, fun personality, good parts selection and they are very cheap. You should be able to find them at most major LEGO retailers and they are also available at the Online LEGO Shop. 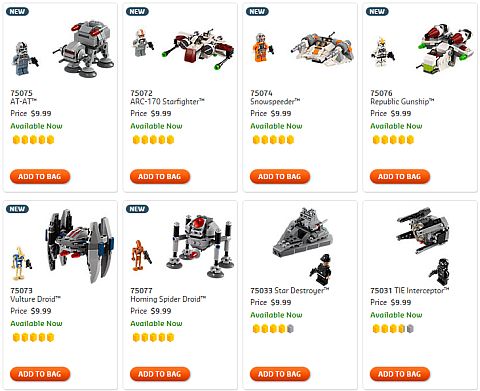 So what do you think? How do you like the LEGO Star Wars MicroFighters? Do you have any of the sets released so far? Or do you collect them all? Which one is your favorite? Feel free to share and discuss in the comment section below! 😉