The long awaited and highly anticipated #76042 LEGO Marvel Super Heroes SHIELD Helicarrier is now available for LEGO VIP members! This is one of the most anticipated LEGO sets of the year that was shrouded in mystery for a long time and was only recently revealed. You can read the full press-release, see pictures, and the designer-video here: LEGO SHIELD Helicarrier Press-Release. The official release date is going to be March 1st, however if you are a LEGO VIP member you can get early access to the set from now on at LEGO stores or the Online LEGO Shop. 🙂 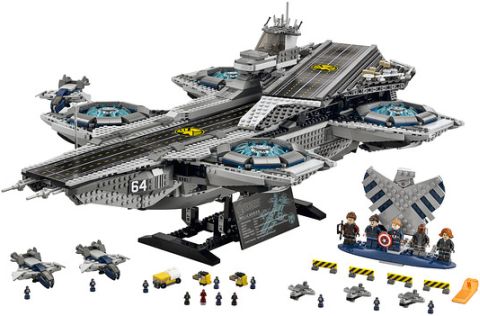 Here is the official description of the #76042 LEGO Marvel Super Heroes SHIELD Helicarrier: Take on the challenge of building this awesome LEGO model of The S.H.I.E.L.D. Helicarrier. Construct the flying aircraft carrier with 2 runways, microscale Quinjets, fighter jets and ground support vehicles. The set also comes with many of your favorite LEGO Marvel Super Heroes minifigures, plus 12 microfigures to display on deck and within the highly detailed interior. Includes 5 minifigures: Nick Fury, Black Widow, Captain America, Hawkeye and Maria Hill, plus an iconic S.H.I.E.L.D. eagle stand to display them on. Comes with 2,996 pieces. Price: $349.99 – BUY HERE 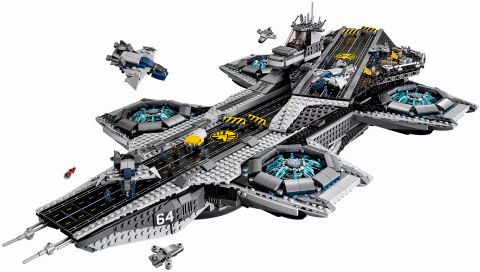 Please note that this is a LEGO Ultimate Collector Series set with collectors and advanced builders in mind. Which means a tremendous amount of detail and a great building experience for teen and adult LEGO builders (recommended age is 16+). The set can also be enhanced with lights and spinning rotors using LEGO Power Function elements (you will need #88000, #8883 and #8870 – they are listed here). 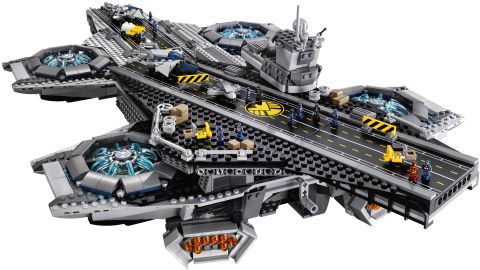 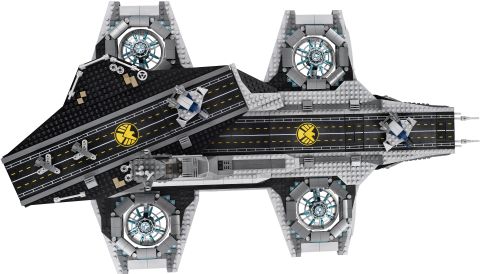 We have discussed The LEGO SHIELD Helicarrier extensively after the press-release , and plan to also write a full review in the near future. Preliminary feedback on the set has been positive overall. People like the addition of the microfigures (technically they are nanofigures as they are much smaller than standard LEGO microfigures). Usually LEGO Ultimate Collector Series sets are meant to be large and impressive display models. They rarely include minifigures, and they are not minifig-scale anyway. However adding microfigs adds quite a bit of fun and play value (if you choose to play with this behemoth). 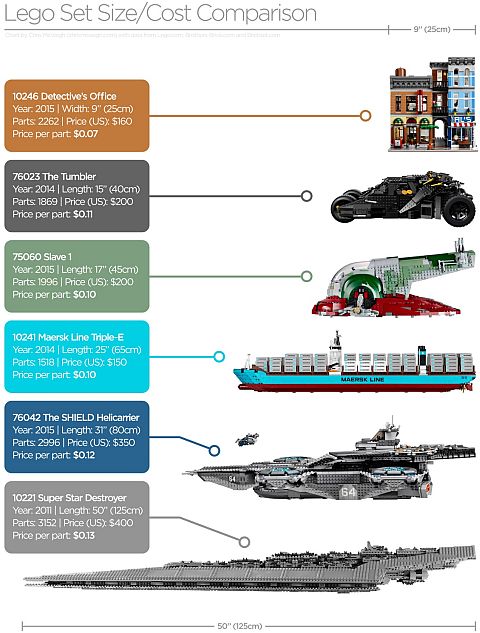 I have already heard from many Marvel fans that for them the LEGO SHIELD Helicarrier is going to be a day-one purchase. For others it may take a bit to save up for a large set like this. if you have accumulated VIP Points this might be a good time to trade them in and reward yourself.

Again, the set is only available for LEGO VIP members right now. If you are not yet a LEGO VIP member I highly recommend you sign up. There is absolutely no downside to it. Membership is free and you will earn VIP points on all of your purchases (for example with the LEGO SHIELD Helicarrier you will earn 349 point). You can redeem your points for later purchases – VIP Points basically equal to a 5% discount, or 10% during Double VIP Points period. You may occasionally receive an email from LEGO when there is an exclusive new set that becomes available or when there is a special offer, but other than that they won’t bother you or spam you. I have been a member myself for years. 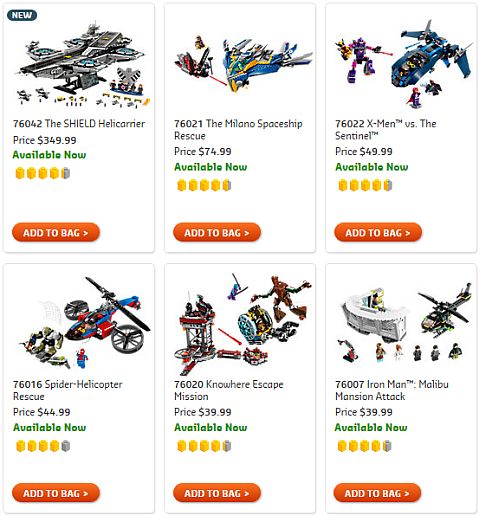 So what do you think? How do you like the LEGO SHIELD Helicarrier? Is this a must-have set for you? Are you planning to get it right away, save up for it for later, or are you going to pass? Feel free to share your thoughts and discuss in the comment section below! 😉