LEGO Technic fans have been wondering if the #42039 LEGO Technic 24 Hours Race Car will ever be available in the US. It was released in Europe at the beginning of 2015 but for some reason it only made it to this side of the world now (the set will be available on August 1st). For many reasons this is a very interesting set, so let’s take a closer look. 🙂 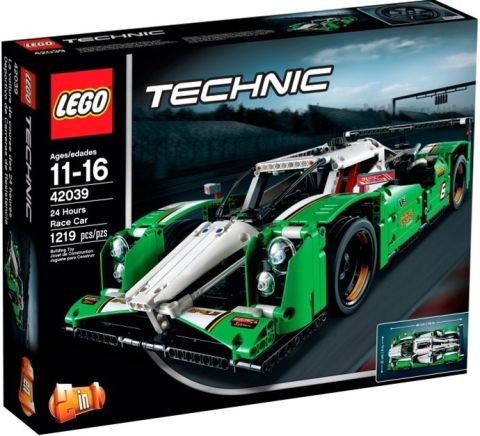 ➡ LEGO TECHNIC 24 HOURS RACE CAR DESCRIPTION: Scream around the circuit in the lightning-fast 24 Hours Race Car! This robust, immaculately detailed LEGO Technic model has all the features of a real-life race car, including a detailed V8 engine with moving pistons, opening gull-wing doors, all-round independent suspension, working front steering, high fenders and an opening front trunk and engine hood. Put on your racing gloves and step on the gas! Upgrade with the #8293 LEGO Power Functions motor set (not supplied) and you have bright LED headlights plus motorized gull wing doors and engine cover. This 2-in-1 model rebuilds into a SUV Racer. 1219 pieces. Price: $129.99 – BUY HERE

➡ LEGO TECHNIC 24 HOURS RACE CAR SIZE: The first thing you will notice about this set is the size. It is huge! To be specific, the race car measures over 3” (10cm) high, 18” (48cm) long and 8” (21cm) wide, and the alternate model SUV racer measures over 6” (16cm) high, 15” (39cm) long and 7” (19cm) wide. Even with having those numbers, you really have to see this race car in person to appreciate its size. In the past LEGO released some larger scale race car models build with LEGO Technic elements under the LEGO Racers line (like the #8386 LEGO Racers Ferrari F1 Racer 1:10, and the #8461 LEGO Racers Williams F1 Team Racer), but under LEGO Technic, this is only the second large race car model – the other being the #42000 LEGO Technic Grand Prix Racer released in 2013 (which is also huge). 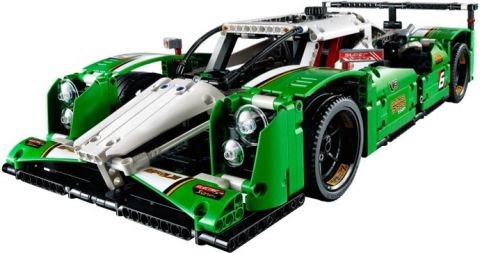 ➡ LEGO TECHNIC 24 HOURS RACE CAR COLORS: The second thing you will notice right away is the unique color of the #42039 LEGO Technic 24 Hours Race Car. It is a brighter green than the normal (and more subdued) LEGO green – mixed with white and black it is a great color-combination. Like on most LEGO Technic vehicles, there is a full sheet of stickers which adds a touch of yellow to the colors, and finishes off the model nicely. 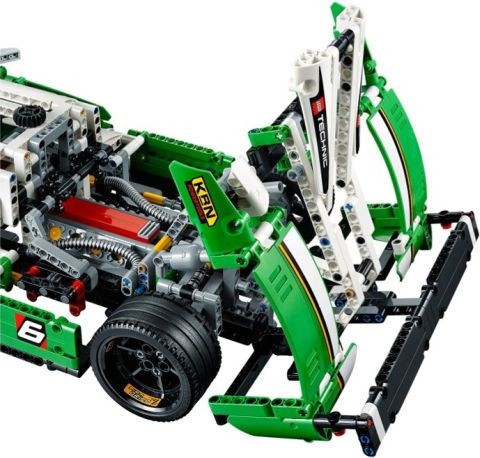 ➡ LEGO TECHNIC 24 HOURS RACE CAR ASTETICS: All in all the model looks like a generic Le Mans 24-hour style race car without being too specific. Interestingly, the preliminary images of this set looked quite different, especially at the front of the vehicle. It also had more rounded wheel-wells. I could find no information on why the model was changed at the last minute, but it is certainly an interesting piece of LEGO history. I’m not an expert on race cars, but I kind of liked the original version better, particularly the shaping of the front lights. The focus of LEGO Technic models however is not looks but the functions. 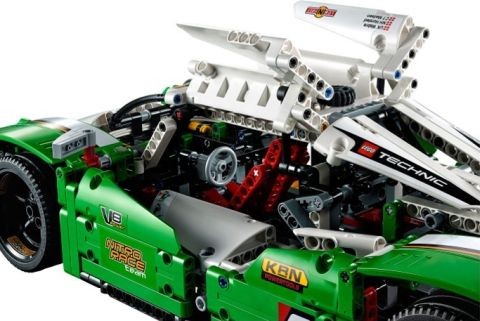 ➡ LEGO TECHNIC 24 HOURS RACE CAR FUNCTIONS: A large LEGO model means there is plenty of room to include realistic functions and play-features. The #42039 LEGO Technic 24 Hours Race Car features a detailed V8 engine with moving pistons, opening gull-wing doors, all-round independent suspension (this is a particularly satisfying feature), working front steering, and an opening hood and engine cover. You could motorize the set with the #8293 LEGO Power Functions kit, but strangely this only powers secondary functions – like remotely opening the doors, the engine hood, and turning on the headlights – rather than actually powering the car. This is probably my biggest gripe against this set; a motorized car model should be able to move – this is just basic common sense logic. What’s the use of a motorized race car that can’t run? However since motorizing the model is optional, you could just skip the power functions and save your dollars for something else. Below is the video review of the set by LEGO Technic expert Sariel. He shows you all the details of the set like the content of the box, new pieces and colors, the instructions book, stickers, and actually building the model. He also adds power functions and demonstrates the optional motorized features of the set.

➡ LEGO TECHNIC SUV RACER: As mentioned in the set description, the #42039 LEGO Technic 24 Hours Race Car is a 2-in-1 set, meaning you can use the same pieces to rebuild the set as an SUV racer. While in most sets with alternate models the main model is usually considered the best and most developed, for this set many people favor the alternate model. It is a really good looking SUV racer with full suspension, steering, opening engine doors, hood and trunk, and retractable headlights (my favorite feature). 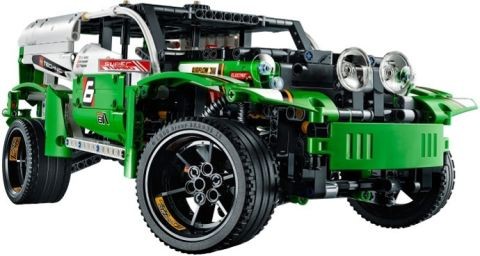 As both are very large and complex models, the instructions for the secondary model are not included in the booklet, but you can download it free from the LEGO instructions website. In the video-review below, Sariel will show you the alternate model and all of its functions.

All in all I would say that this is a very satisfying LEGO Technic set. Both models have some faults, but they look very impressive and massive, and the functions work well. Building a LEGO Technic model is a different experience than working with regular LEGO sets; the focus is on the technical functions of the vehicle, so you will be working with suspensions, steering and gears. This set is a good example of what can be achieved with LEGO Technic, and if you are already an experienced LEGO Technic builder I think you will enjoy both models included here. If you are not familiar with LEGO Technic, I do recommend that you give it a try at least once. If you feel inspired you can try this set, or if it is too big for you, go for the medium-size sets in the $50 range to give you a taste. You can find all of the sets under the LEGO Technic section of the Online LEGO Shop. 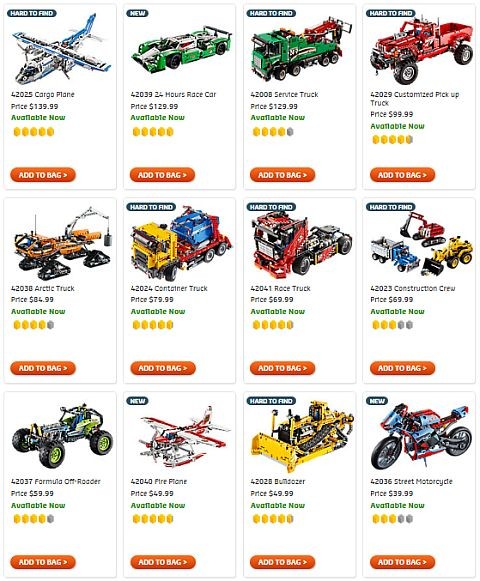 So what do you think? How do you like the #42039 LEGO Technic 24 Hours Race Car and the alternate model? Are you planning to get it? Or do you have it already? Feel free to share your thoughts and discuss in the comment section below! 😉