When music & LEGO combine into a symphony

The Symphony of Construction is an elaborate telephone game that alternates between LEGO and music as artistic mediums. It’s an experiment in inter-media interpretation started by Paul Vermeesch. One participant will build a LEGO creation, and then another will write a piece of music for that creation, followed by another LEGO creation based upon the piece of music, and so on. The rounds feature some of the best builders within the LEGO fan community, and also some talented composers! 🙂 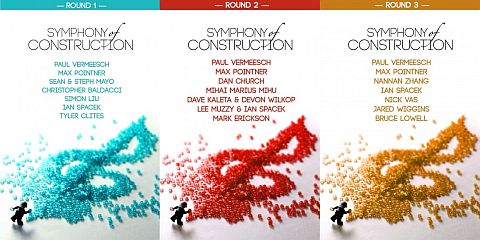 LEGO and music are two of my favorite hobbies, so not surprisingly I find the concept to be an awesome one! It is very enjoyable just to listen to the music and try to see how it relates to the piece before, and to the piece after. Many of the LEGO creations also convey a definite emotion, besides being well built and full of neat details. Since each LEGO creation is based on a piece of music, the genre and building style are free to vary along with the moods and styles of the builders – which means that a piece of music based on a rocky pinnacle (After Eden by Paul Vermeesch) can inspire a heroic tale of knighthood! (A Hero’s Tale by Nannan Zhang) 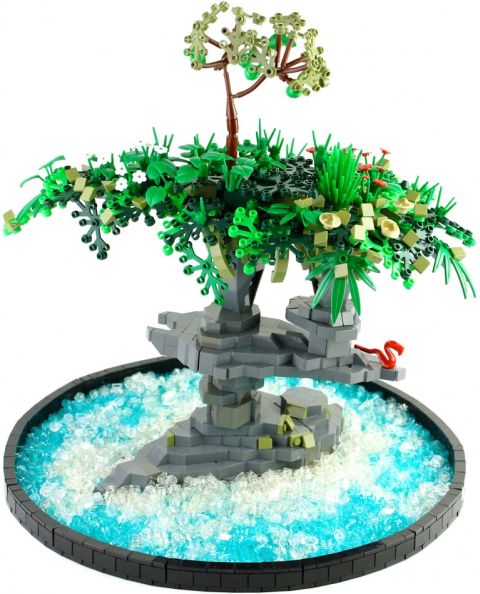 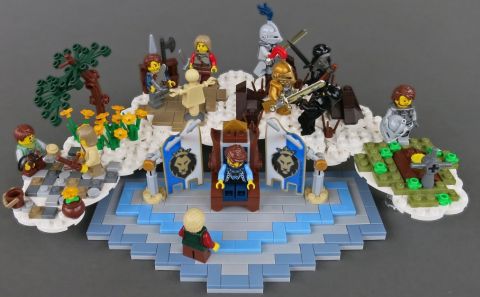 There have already been three rounds of this singular symphony, and I’d highly recommend that you check them all out at the Symphony of Construction website. Each round takes about four months, which is not surprising as these are high quality builds and also well composed musical pieces. It’s very intriguing to see the progression of thought and emotions from one LEGO creation to the other, and the contrast between the first and the last builds are sometimes quite striking – not unlike a normal game of telephone!

Not too long ago, the Brothers-Brick sponsored a contest based on the same basic idea that underlies the Symphony of Construction – building creations based off inspiring music. Ian Spacek composed a beautiful piece (which you can listen to on the Symphony of Construction website), and entrants were challenged to transform the feelings the music evoked into LEGO bricks. I took a stab at it myself, and had a great time listening to the music and just seeing what seemed to be going on as it progressed. It was also kind of amusing to hear the rest of my family’s thoughts on the piece, as they sometimes got something completely different out of it than what I did. The winner of the contest, Mark Erickson, built this impressive diorama, Climax of Destiny. You can definitely hear it in the music! And you can check out the other entries at the Symphony of Construction Flickr Group. 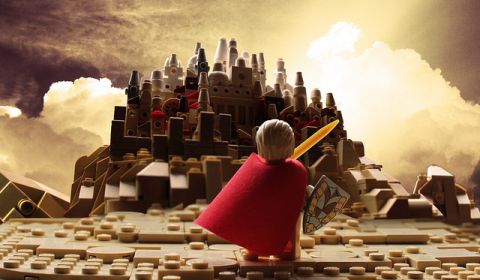 I’ve heard some LEGO fans say that they like to listen to music as they build, and it does sound like a good idea! If you’re ever lacking in inspiration and aren’t sure what to construct next, maybe you should tune in to a favorite composer and see where that leads you! Or do already often listen to music as you build? Have you seen the Symphony of Construction rounds before? Do you like the concept? Feel free to share your thoughts in the comment section below! 😉