by Thita (admin) on January 8, 2016
in Featured LEGO Creations

With most LEGO elements it is easy to see that they can be used in unlimited ways; bricks, plates, slopes, wheels, all fall into this category. However there are also some specialized elements that were usually created for a special purpose to begin with – usually for a licensed line of LEGO sets where being true to the source material was important. Some people don’t like these special pieces, saying that they can only be used for one thing, and thus don’t fit with the whole concept of LEGO. But is that really true? 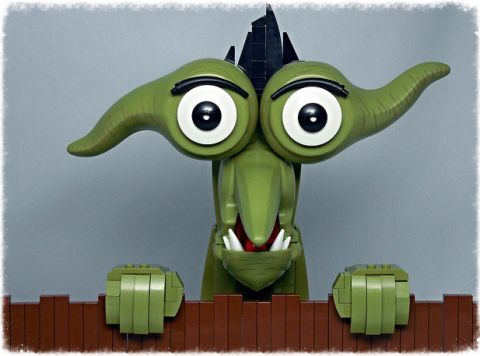 Small specialized pieces are usually more accepted by LEGO fans because they can be used for detailing. LEGO Technic and LEGO Bionicle bits, hoses, lightsaber-hilts, and minifigure accessories are some examples. They can add quite a bit of texture and embellishment – thus making a LEGO creation more interesting. However large specialized pieces are almost universally disliked. But even these large pieces have at least some standard LEGO connections to fit within the LEGO system, which instantly opens up possibilities. And when handled by creative LEGO fans, even these shunned pieces can be transformed a myriad ways. Just take a look at the vignettes featured here by Letrange Absurde, who took up the challenge of using Jabba’s big ugly body in some really brilliant ways. 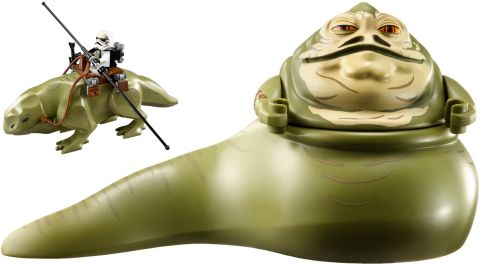 The Goblin in the first picture incorporates both Jabba’s body, as well as the body of the dewback from the #75052 LEGO Star Wars Mos Eisley Cantina. Just look at that expressive face! The second picture below features the Bad Elf (I guess the olive-green of Jabba’s body inspires goblin-ish creations), where Jabba’s body is used as the elf’s pointy hat. Also notice the perfectly done brick-built body and legs. 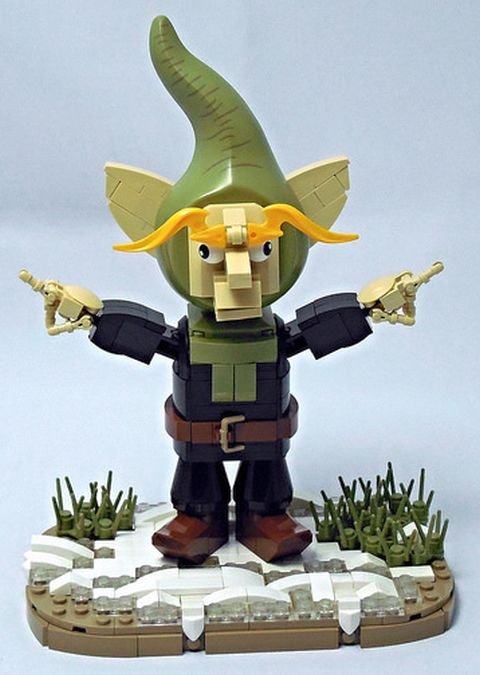 On the third picture Jabba’s body is used as an island for a micro-size LEGO castle, surrounded by a couple of tiny ships and a sea-monster (which is also a brilliant built). As you can see, even such a large and very specialized piece can be used in several ways. And these are the creations of just one person! The more LEGO fans get inspired by a specialized element, the more amazing ways you see the piece being used. 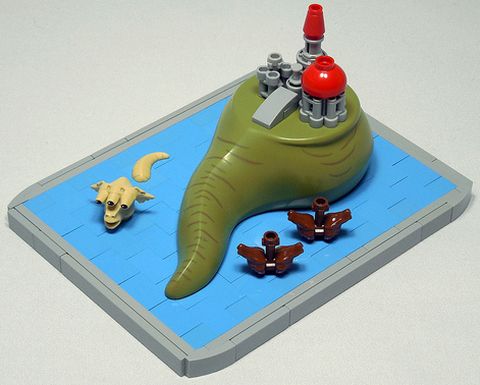 So what do you think? How do you like these LEGO creations? Do you like to use specialized LEGO pieces? And did you come up with some clever ways of using a piece? What is the best way you have seen other people use a special piece? Feel free to share in the comment section below! 😉