The #76051 LEGO Marvel Super Hero Airport Battle is a set I have been eagerly waiting for every since seeing the first pictures. Why? Because of that Giant Ant Man! While I normally write summary reviews for new wave of sets, I think this one needs it’s very own review, as I feel that the giant minifigure is significant in LEGO’s history. 🙂 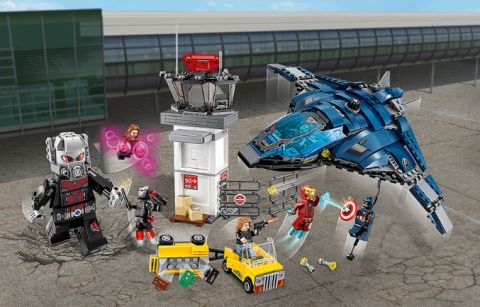 LEGO has been releasing large characters in a number of themes like LEGO Castle, LEGO Bionicle, LEGO Legends, of Chima, LEGO Star Wars, and more. And while they are great, they have a very different look than normal LEGO minifigures, even when the large character also got a standard minifig version.

The Giant Ant Man in the #76051 LEGO Super Hero Airport Battle is the first time LEGO released a large version of a character that still looks like a minifigure. And what an excellent large figure this is! It is sturdily built and durable, it has fully posable legs and arms, and the head can turn as well – basically it has the same articulation as a regular minifigure, with some extra articulation in the arms. 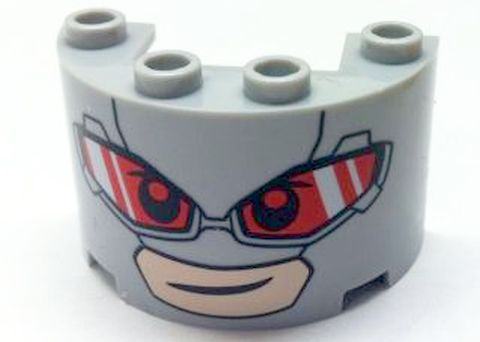 I really hope that LEGO is going to continue with more scaled up minifigures like this in many other themes. I was planning to make some of my own, based on the Giant Ant Man design, but unfortunately the head is a brand new piece. It only comes in this one set, it is printed with Ant Man’s face, and no other similar piece is available at this time. I would love to have the same piece in yellow with the classic LEGO smiley face so we can make generic large minifigures! 😀 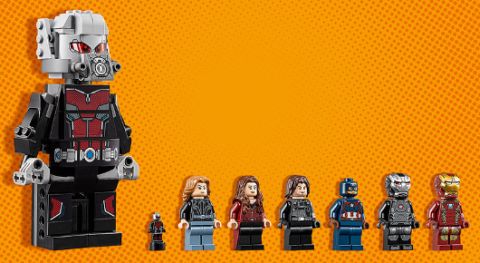 Giant Ant Man is not the only cool thing in the #76051 LEGO Marvel Super Hero Airport Battle. There is also a very sleek looking Quinjet. This is the third version of the Quinjet released by LEGO, and while it is the smallest, it has some very nice shaping when looking at it from the front, and directly from the back. From the side it doesn’t look as good with those little wheels and abruptly cut off back section, but other that that, it is a great looking Quinjet, with a particularly nice cockpit area and color-scheme. 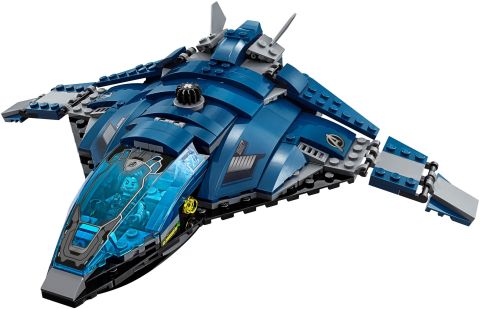 The minifig selection is also excellent, with Captain America, Winter Soldier, Scarlet Witch, Iron Man, War Machine and Agent 13, plus an Ant-Man microfigure (a spare is included, so you really get two). Agent 13 is unique to this set, and Iron Man and Scarlet Witch comes with a unique variation. In the video-review below you can see more details about the set and the minifigures. 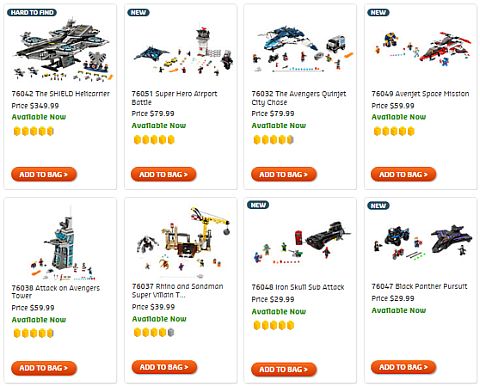 So what do you think? How do you the giant minifigure? Would you like to see more large characters like this? And what you think of the rest of the set and the minifigures? Is this a set you plan to get? Or do you already have it? Feel free to share your thoughts in the comment section below! 😉

And you might also like to check out the LEGO Super Heroes section, or select from the following recent posts: