LEGO’s ReBrick website has been running some excellent contests for teen and adult LEGO fans, and there is one more contest you can enter before the end of the year; the LEGO Brick in the Life Contest for Beatles fans. Below are the details, if you would like to enter. 🙂 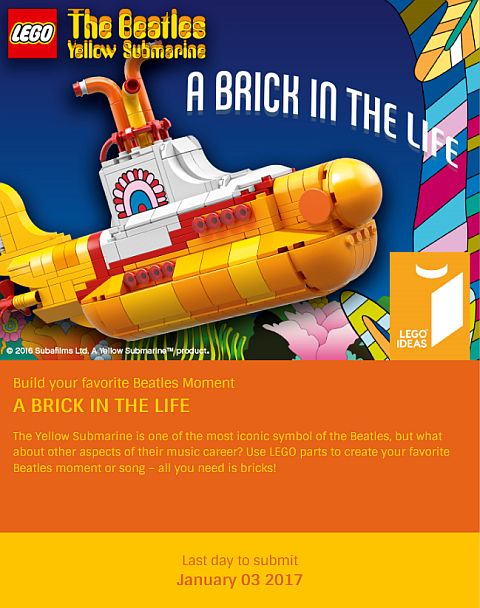 ➡ THE BEATLES LEGO CONTEST – DESCRIPTION: The Yellow Submarine is one of the most iconic symbol of the Beatles, but what about other aspects of their music career? What’s your favorite Beatles song or moment? Are you a member of the Lonely Heart’s Club, or do you dream of Strawberry Fields Forever? Whatever your choice, create your entry using LEGO elements, and enter it in the contest for your chance to win the brand new #21306 LEGO Ideas Yellow Submarine and a collection of Beatles goodies! Use LEGO parts to create your favorite Beatles moment or song – all you need is bricks! 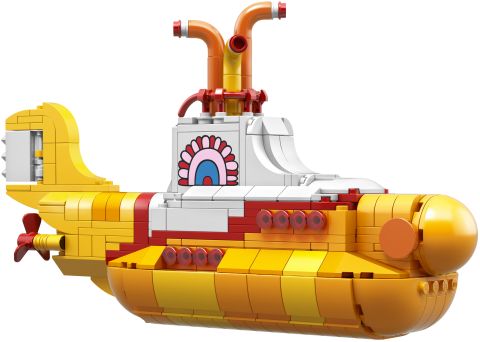 ➡ THE BEATLES LEGO CONTEST – HOW TO ENTER: Choose your favorite Beatles moment or song and build it using LEGO elements. Take up to five photos of your creation and submit them to the contest. Make sure to show off all angles of your creation. Use the description field to tell LEGO about your entry and what moment or song inspired you. When you receive a “Success!” pop-up notification after clicking “submit” on the entry submission page, your entry has successfully been submitted. LEGO’s moderation team will review it within 1-3 working days to make sure it fits all the contest rules.

➡ THE BEATLES LEGO CONTEST – RULES: Your entry must represent a Beatles moment or song. You can use any LEGO elements, including LEGO Technic, and LEGO Constraction parts. You can submit multiple entries to the contest, but only one entry per person will be considered when the grand prize winner and runner-ups are selected. This contest is open to LEGO Digital Designer (LDD) entries, however, make sure your images don’t show the baseplate from build mode. (To do this, within View Mode use CTRL+K or CMD+K on Mac to generate a transparent PNG image and save it to a white background. You can also use an LDD background, so long as the baseplate from build mode isn’t visible.) Your entry must not include inappropriate material, such as drugs, alcohol, modern day weapons, religious references, or swearing. Entry photos should show your creation only, and should not show recognizable features of any person or any commercial product other than those of The LEGO Group and The Beatles. Your entry must not include characters or elements outside of the Beatles Universe, such as LEGO Star Wars, LEGO Friends, The LEGO Movie, etc. If you don’t have a copy of the #21306 LEGO Ideas The Yellow Submarine and wish to include members of the Beatles in your entry, you can create your own LEGO Beatles minifigures or brick-based figures using LEGO parts. Entries can be previously built, but cannot be submitted previously in any contest of any kind completing for a prize. Use of photo editing software or adding effects to your entry is allowed. Entries must not contain LEGO elements which have been modified from their original form, including painted or cut elements. Homemade stickers, capes, or use of rubber bands are allowed, as long as they do not represent another brand. You can read other rules and terms and conditions here.

➡ THE BEATLES LEGO CONTEST – DEADLINE: Submit your entry no later than the 3rd of January, 2017 at 10:00 AM EST. If you’re not sure what time zone you’re in you can use an online time zone converter.

➡ THE BEATLES LEGO CONTEST – JUDGES: A panel of judges from Apple Corps and LEGO Ideas will select one grand prize winner and two runner-ups. They will judge entries upon: overall coolness and originality – 25%, creativity in fit to Beatles moment or song – 25%, relevancy to the feeling of the Beatles – 25%, best use of LEGO elements – 25%. The judges are: LEGO Marketing Manager for LEGO Ideas, LEGO fan designer of the #21306 LEGO Ideas Yellow Submarine, and an Apple Corps representative. 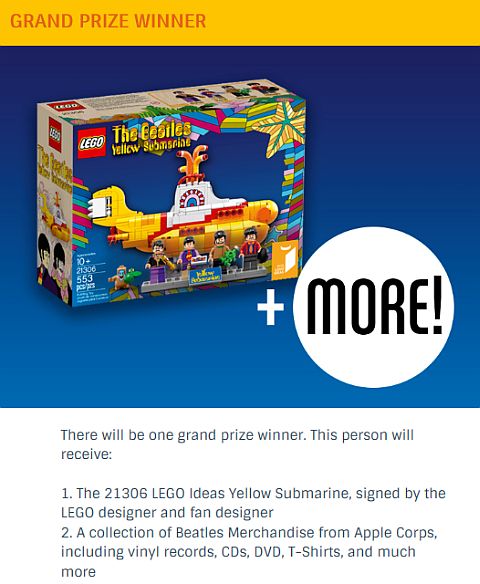 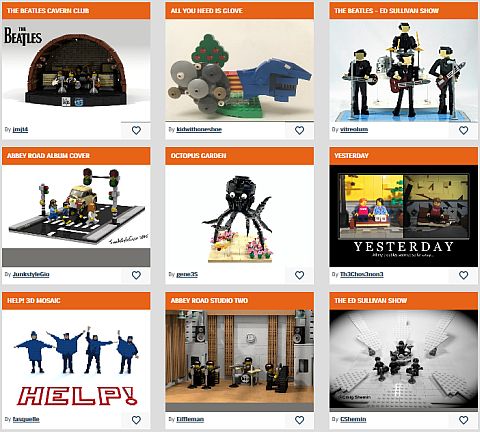 Fun contest, isn’t it? There are already a number of great entries, which you can check out on the contest page. I’m also curious about all the Beatles merchandise the grand prize winner is going receive! If you have any time to build with all the holiday and New Year activities, this is your chance to stretch your building muscles and win an awesome LEGO set, and some cool Beatles memorabilia! If you decide to enter, we wish you the best in the contest, and let us know if you win! 😉 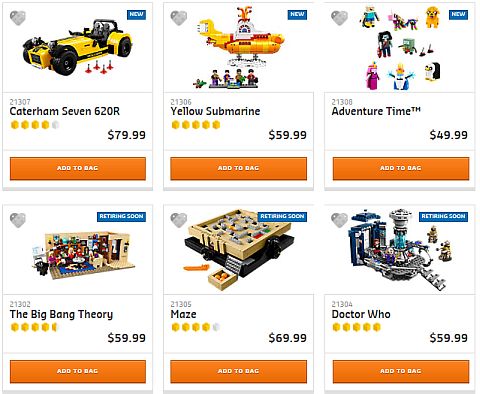