Each year since 2015 LEGO has been releasing seven sets per year in the LEGO Speed Champions collection. If you have been collecting them all, you would have an impressive lineup of twenty-five racecars by now! Today we will look at the 2017 LEGO Speed Champions sets in more detail. 🙂 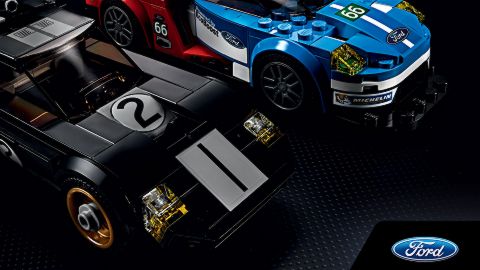 ➡ #75877 LEGO SPEED CHAMPIONS MERCEDES-AMG GT3: I love the interchangeable rims on this car! The yellow ones are particularly sweet! I’m not a fan of the back end, however – it’s a bit messy looking. Also, the LEGO version doesn’t have the low, road-hugging shape of the original. But this is a tough vehicle to recreate in LEGO, especially in minifigure scale. The colors and sticker-decorations, on the other hand, are nicely done, and the vehicle is instantly recognizable. Here is the official description: Show your skills as both an engineer and driver with this buildable LEGO Speed Champions version of the Mercedes-AMG GT3. Customizable for race or road-driving modes, it features wheels with rubber tires, yellow rims and black trims, a removable front splitter, adjustable and removable rear wing, removable windshield and authentic racing colors and race-graphics stickers. Includes a Mercedes-AMG racing driver minifigure. 196 pieces. Price: $14.99 – BUY HERE 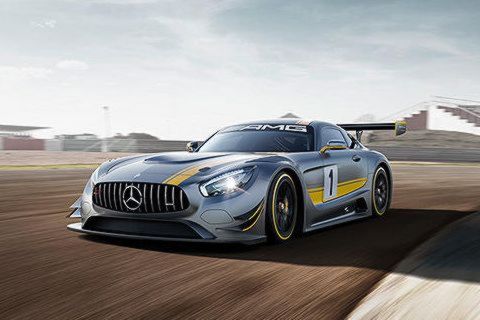 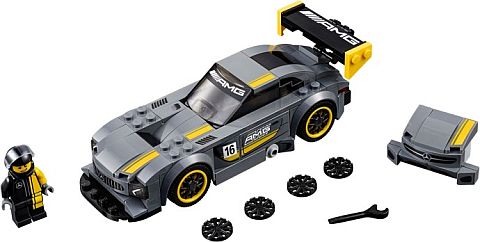 ➡ #75878 LEGO SPEED CHAMPIONS BUGATTI CHIRON: LEGO designers did a phenomenal job with the shaping of this very unusual vehicle. The curves on the sides are particularly inspired. Also, I think this is the first time LEGO used a rubber band to add color rather than functionality. There is also some really interesting upside-down building going on at the front of the vehicle. Make sure you watch the video-review below to see the details. Here is the official description: Gear up for quad-turbocharged action with this buildable LEGO Speed Champions version of one of the world’s most exclusive hyper cars—the Bugatti Chiron. This vehicle features wheels with rubber tires, a removable windshield plus iconic and realistic details. Test your driving skills with the three included marker cones. Includes a racing driver minifigure. 181 pieces. Price: $14.99 – BUY HERE 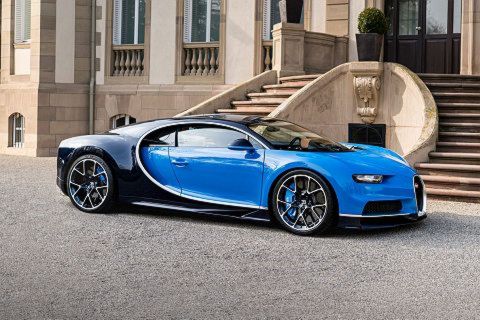 ➡ #75879 LEGO SPEED CHAMPIONS SCUDERIA FERRARI SF16-H: LEGO and Ferrari have been having a long-standing relationship that goes back to the ’90s, and in the LEGO Speed Champions line four sets are dedicated to Ferrari. Based on the sequence of the set number, this is the third one. This vehicle is very similar to the one we got in the #75913 LEGO Speed Champions F14 T & Scuderia Ferrari Truck in 2015 – a large and expensive set, so it is nice to get a cheaper option. Here is the official description: Power to victory with this buildable LEGO Speed Champions version of the Scuderia Ferrari SF16-H race car, featuring wheels with rubber tires and two interchangeable race numbers so you can pretend to be different Scuderia Ferrari drivers. The set also includes a pit wall with start-finish-line, pit monitor element and checkered flag with waving function, plus wrench and walkie-talkie elements to maximize the role-play fun. Includes a Ferrari racing driver minifigure. 184 pieces. Price: $14.99 – BUY HERE 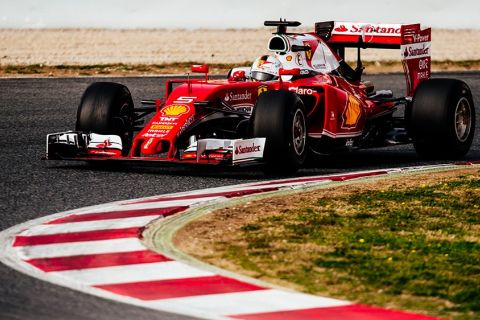 ➡ #75880 LEGO SPEED CHAMPIONS MCLAREN ROAD CAR: For some reason this set hasn’t been released yet, and we haven’t even got any pictures, but it should be coming soon. It is going to be one of the smaller sets and the price should be $14.99.

➡ #75881 LEGO SPEED CHAMPIONS 2016 FORD GT & 1966 FORD GT40: The LEGO Speed Champions sets which include classic vehicles are very popular, and for a good reason. They don’t just include supercars, but vehicles that can be used on standard LEGO City streets. Here, the 1966 Ford is a beautiful example, and it also offers some very unique building techniques. The 2016 Ford also looks really good. I would say that this is one of the best LEGO Speed Champions sets this year – it is definitely my favorite. Here is the official description: Get set for a historic race with LEGO Speed Champions versions of the stunning 2016 Ford GT and 1966 Ford GT40 endurance cars. Each car features space for a racing driver minifigure, wheels with rubber tires, removable windshields and iconic details. With a race marshal minifigure plus a victory podium with a gold-colored trophy and checkered flag element, there’s everything needed to role-play a modern vs. classic 24-hour race. Includes three minifigures: 2016 Ford GT racing driver, 1966 Ford GT40 racing driver and a race marshal. 366 pieces. Price: $29.99 – BUY HERE

➡ #75882 LEGO SPEED CHAMPIONS FERRARI FXX K & DEVELOPMENT CENTER: Some of the most interesting LEGO Speed Champions sets are the ones that include extra setup either for a racetrack, or for fixing the vehicles. Here we get another Ferrari, but this time in a testing lab. You get plenty of tools and equipment to make your Ferrari model even better and faster! Here is the official description: Push the boundaries of technological innovation at the development center with the LEGO Speed Champions version of the Ferrari FXX K. This set features a wind tunnel with a functioning roller and a rotating turbine for the included buildable, minifigure-scale Ferrari FXX K car. A test lab with play-starting accessory elements, including a design board, computer monitors, 3D car model and a design sketch of the FXX K, will also fire the imagination of budding motor racing engineers and drivers. Includes four minifigures: a Ferrari driver, two engineers and a technician. 493 pieces. Price: $49.99 – BUY HERE

➡ #75883 LEGO SPEED CHAMPIONS MERCEDES AMG PETRONAS FORMULA ONE TEAM: This is the largest set in the 2017 LEGO Speed Champions line, and the third LEGO Speed Champions set dedicated to Mercedes racecars. It provides a lot of smaller modules for setting up a racetrack and everything related to it. If you are interested, make sure you watch the video-review below to see all the details. Here is the official description: Role-play an entire race day with the MERCEDES AMG PETRONAS Formula One Team with this richly detailed LEGO Speed Champions set, featuring 2 buildable Mercedes F1 W07 Hybrid cars. Packed with play-starting features and functions, it includes a fully equipped pit garage with car jack function, and a pit wall with monitor, checkered flag and translucent start-finish light-style elements. Dial up the big-race atmosphere with the TV camera rig with an adjustable camera arm, plus a grandstand with big screen and rotate function to reveal the winner’s podium. Includes eight minifigures: two MERCEDES AMG PETRONAS Formula One Team drivers, team manager, two engineers, hot dog vendor, cameraman and a race fan. 941 pieces. Price: $99.99 – BUY HERE

All in all, this is a really good wave of LEGO Speed Champions sets, both for collectors, and those who like to play with their LEGO vehicles. The sets also provide a very valuable learning experience on building real-life vehicles in minifigure scale. Some of the cars look more accurate than others, but they are all great LEGO models. There is a good variety of styles, shapes and vehicle brands to choose from, so you may just pick the ones you like, or collect the entire series. Below I have includes some video-reviews for you by JANGBRiCKS, so you can see the sets in more detail.

What do you think? How do you like the LEGO Speed Champions theme? And what do you think of the 2017 collection? Do you have any favorite vehicles in the line? Have you gotten some of them already? Feel free to share your thoughts and own review in the comment section below! 😉 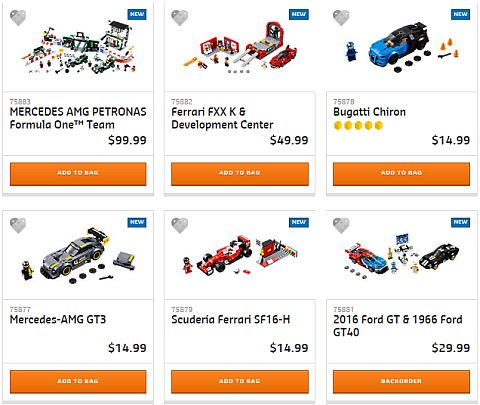 Previous post: Survey: what do you think of LEGO boxes?