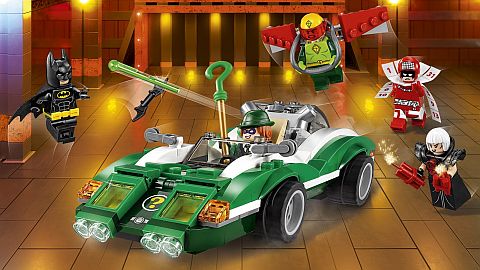 ➡ #70903 LEGO THE RIDDLER RIDDLE RACER: This set comes with a really nice vehicle and a fantastic collection of minifigures. The vehicle itself is like an old style racecar with nice curves, great colors, and a solid design. If you want, you could easily transform it into a generic car for your LEGO city. I think it would also look really good in red, as another option for colors. The main play-feature is a couple of tastefully hidden spring-loaded shooters, which you won’t even notice unless you flip-up the back. The arrangement of the lights at the front is particularly well done. A great car from every side and angle.

The set also includes five minifigures, four of which are exclusives. Batman appears in most of The LEGO Batman Movie sets, but The Riddler, Magpie, Calendar Man, and Kite Man only come in this set. That’s an amazing collection of unique characters! Calendar Man particularly stands out as an elaborately designed and decorated character, and I also like that the fancy armor piece on Magpie now comes in black (previously it only appeared in gold in a couple of sets). 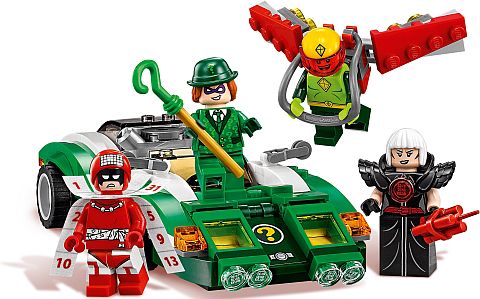 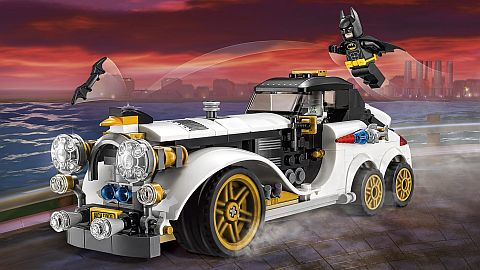 ➡ #70911 LEGO THE PENGUIN ARCTIC ROLLER: This is the set I have been most excited about from The LEGO Batman Movie line, because of the gorgeous classic vehicle, similar to the Hispano-Suiza H6 (link to Wikipedia page) produced between 1919 and 1933. It is interesting to note that the H6 actually had a 6-wheeled version similar to the Arctic Roller, that was special ordered by the King of Greece, and is now in the Forney Museum in Denver. 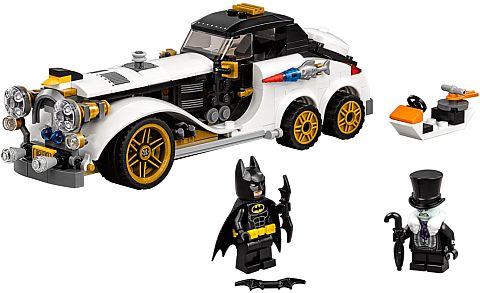 The front fenders of the vehicle take advantage of the fairly new air-balloon pieces – an absolutely inspired solution to create the beautiful curves. Unfortunately, the shape and size of these large pieces also enforce grave limitation. Thus, while the vehicle looks beautiful from the front and the sides, it appears very strange from the top, because of the very long, but very narrow design. (The windshield and cabin are only four studs wide, and can accommodate just one minifigure.) So depending on from what angle you look at this car, you will love it or hate it. Fortunately, there are more good angles than bad ones, so it can be very impressive on display. 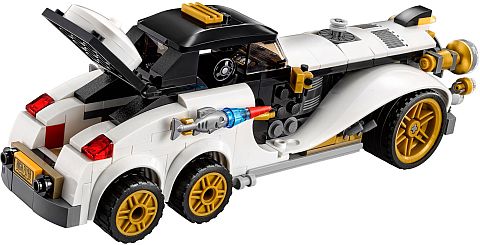 Just like the previous vehicle, this one also has some really well-hidden spring-loaded shooters, which can be used as a play-feature, or completely ignored. There is also a functioning (although very narrow) trunk, with a mini escape pod for The Penguin. The two minifigures in this set are The Penguin and Batman. The Penguin comes with a newly designed top hat, removable fur collar piece, and folder up umbrella – all very nice accessories.

Here is the official description: Join Batman’s pursuit of The Penguin in The LEGO Batman Movie: The Penguin Arctic Roller set. The Arctic Roller vehicle features a minifigure cockpit with removable roof, dual spring-loaded shooter and loads of quirky penguin details. Add an extra dimension to the chase by opening the trunk and placing The Penguin on his penguin mini escape pod. Includes two minifigures: Batman and The Penguin. 305 pieces. Price: $29.99 – BUY HERE

At least in my opinion, some of the most impressive sets in The LEGO Batman Movie collection are the ones with classic-style cars. The #70903 LEGO Batman Movie The Riddler Riddle Racer is a very solid vehicle that looks sweet and is fun to play with. The #70906 LEGO Batman Movie The Joker Notorious Lowrider is probably the most realistic amongst all the cars (except for the outrageous colors), and it comes with working suspension. The #70911 LEGO Batman Movie The Penguin Arctic Roller has beautiful colors and striking curves, but it doesn’t look good from all angles. Below I have included video-reviews of both sets from JANGBRiCKS so you see the vehicles and minifigs in more detail.

What do you think? How do you like The LEGO Batman Movie vehicles? Do you have a favorite? Have you gotten any of them already? Feel free to share your own review and thoughts in the comment section below! 😉

Next post: Fun with the new LEGO hexagonal plate