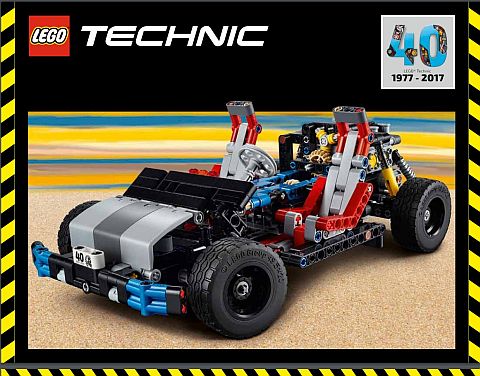 While the #8860 LEGO Technic Car Chassis may look crude by today’s standards, in its time it was a revolutionary model, displaying the capabilities of LEGO Technic, with a 4-cylynder reciprocating engine, 3-speed transmission, working rear differential, working rear suspension, functioning steering, and sophisticated reclining seats. It was a vast improvement over the earlier #853 LEGO Technic Auto Chassis from 1977 (see both sets below). 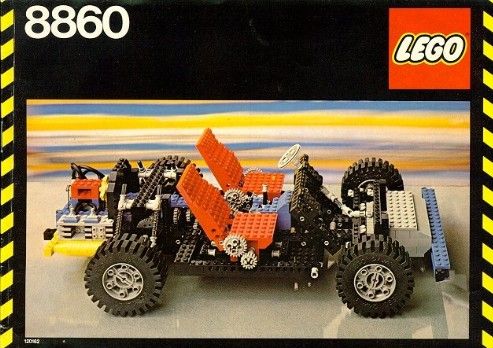 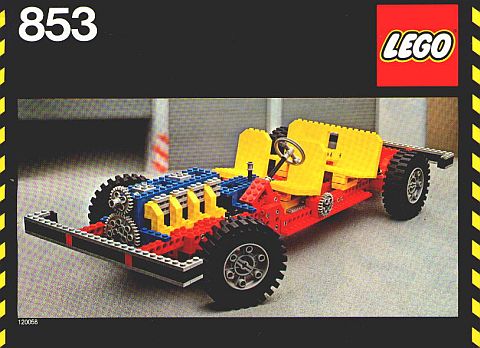 The updated version for the 40th anniversary combines pieces from three recent LEGO Technic sets; the #42057 LEGO Technic Ultralight Helicopter, the #42061 LEGO Technic Telehandler, and the #42063 BMW R 1200 GS Adventure motorcycle. If you have all three of those sets, you are fully equipped to build the anniversary model. If you don’t have all three sets, but you do have a decent collection of LEGO Technic pieces, you will need to look through the instructions step-by-step to see if you can build the model. Unfortunately, there is no parts-list published with the instructions, but I’m sure eventually enthusiastic LEGO Technic fans will put it together. 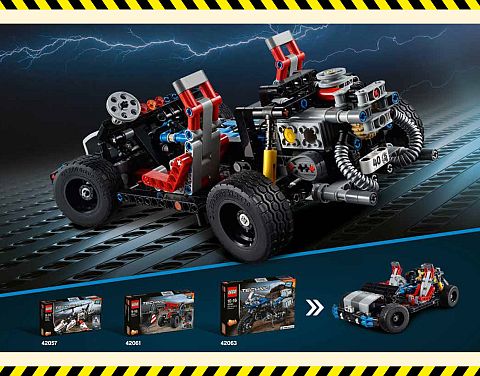 While the 40th anniversary set is not a boxed model, it’s nice to see that for the instructions LEGO included the familiar yellow and black striped border, which appeared on all LEGO Technic sets from the 1980s. A sweet touch, which those who grew up in the ’80s can appreciate.

Looking at the original and updated models of the car chassis, it is very interesting to see how building with LEGO Technic evolved through the years. You can see that the original model still uses mostly studded regular LEGO elements and only relies on specialized LEGO Technic pieces for the mechanical functions. The new model, on the other hand, is all LEGO Technic pieces, which gives it a smoother and rounder look. 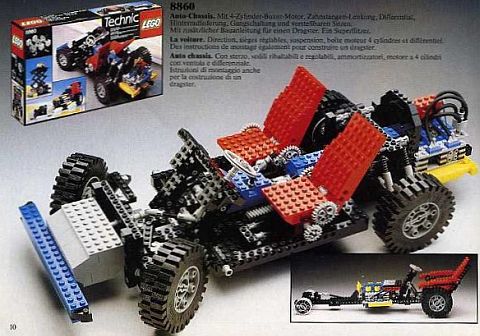 Although the anniversary addition is completely different as far as parts-usage and building-techniques, LEGO stayed with the original color-scheme as much as possible. It would have been nice if the seats are all red, but since this is a combo-model from three different sets, it didn’t work out. However, I really like that they recreated the gray box from the front of the original vehicle, even though the pieces used are much different. (In the original model, the gray box served as a counter-weight for the engine.) 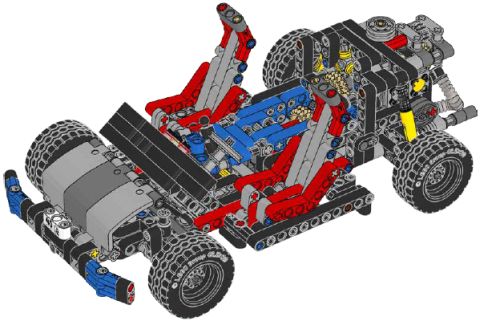 The 40th anniversary version of the LEGO Technic Car Chassis is smaller and more compact than the original model, however I don’t think this is a negative. It’s simply another feature that highlights the differences between classic and modern LEGO Technic sets.

While I’m not so much a fan of just displaying LEGO sets (I prefer the more interactive approach of building and playing), I think it would be worth displaying the #8860 LEGO Technic Car Chassis and the anniversary edition next to each other in a display-case. The pair is such a wonderful visual representation of the LEGO building system rooted in the past, yet constantly evolving to meet the needs of the present and the future. 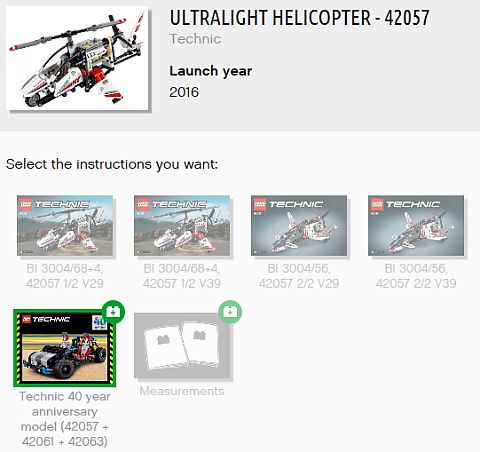 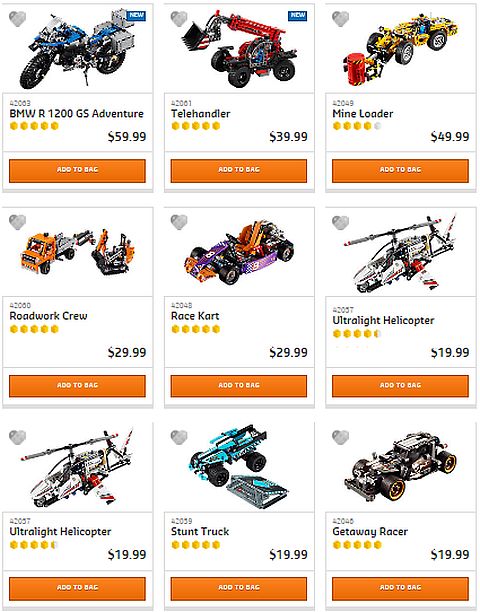 What do you think? How do you like the 40th anniversary LEGO Technic set? Do you think it’s a good representation of the original model? Are you planning to build it? Or have you build it already? Feel free to share your thoughts and own review in the comment section below! 😉