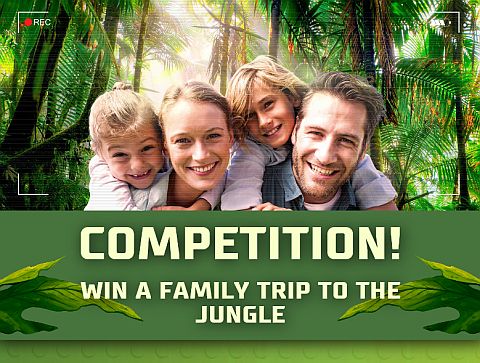 ➡ LEGO CITY JUNGLE CONTEST – OVERVIEW: Imagine your adventure in the jungle and create it! What are you discovering on the trip around the jungle? A new species of plant or animal, a lost city, an ancient temple or a mysterious abandoned vehicle? Let your imagination go wild! Everything can happen in the jungle! To enter, build or draw your adventure, take a picture of your creation and upload it. The grand prize winner will – together with your family (4 persons) – head off with National Geographic Expeditions to the jungles of Costa Rica in Central America! You will explore the treetops and volcanic canyon landscapes of Rio Blanco, go zip-lining through tropical forests surrounded by astonishing wildlife, visit a wildcat rescue center to meet orphaned ocelots and jaguars, and dine in a tree house!

➡ LEGO CITY JUNGLE CONTEST – ELIGIBILITY: The competition is only open to children between the ages of six (6) and sixteen (16) years old at the time of entry, who are residents of the US, the UK, Benelux, Germany, Italy, Spain, France, Poland, Hungary, Czech, Romania or Russia, and who submit a valid entry to the competition. Furthermore, it is a requirement that the entrant have a functioning level of spoken English. All entrants must obtain the consent of a parent or legal guardian. You are not eligible to enter if you are an employee, officer, director or partner of National Geographic Partners, the LEGO Group, their affiliates and subsidiaries. Immediate family members of the contest entities (spouse, parent, child, sibling and their respective spouses, regardless of where they live) or persons living in the same households of such individuals, whether or not related, are also ineligible to enter or win a prize. 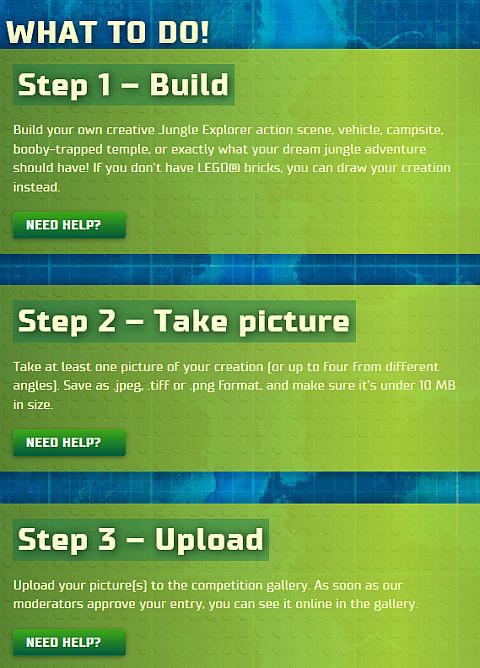 ➡ LEGO CITY JUNGLE CONTEST – HOW TO ENTER: The first thing you need to do is make sure you have an active LEGO ID. Then you can start building your creative jungle explorer action scene, vehicle, campsite, booby-trapped temple, or exactly what your dream jungle adventure should have! Then take pictures of your creation, and upload them to the competition gallery. You can also draw a creation based on the specified competition theme and enter that in the contest. The upload and submission to the competition must be done via the LEGO City gallery on LEGO.com/jungle and will be subject to the LEGO Group’s standard moderation mechanics, under which it can take up to 48 hours before the submission is visible in the gallery. There is no limit on the number of Entries submitted per person or household.

➡ LEGO CITY JUNGLE CONTEST – DEADLINE: You must submit your entry by November 30, 2017 at 23:59 GMT. Any entries received after this time are not valid. You can use an online time-zone converter to make sure you don’t miss the deadline.

➡ LEGO CITY JUNGLE CONTEST – JUDGES: The potential winners will be selected by a jury panel consisting of members from the LEGO City marketing team (situated in Denmark), selected members from the National Geographic Society (situated in the UK & USA), and a couple of independent people (situated in Denmark). Entries will be evaluated according to creativity and imagination. The odds of winning will depend on the skill and talent of the entrant, as assessed by the judges, and on the number of eligible entries received. 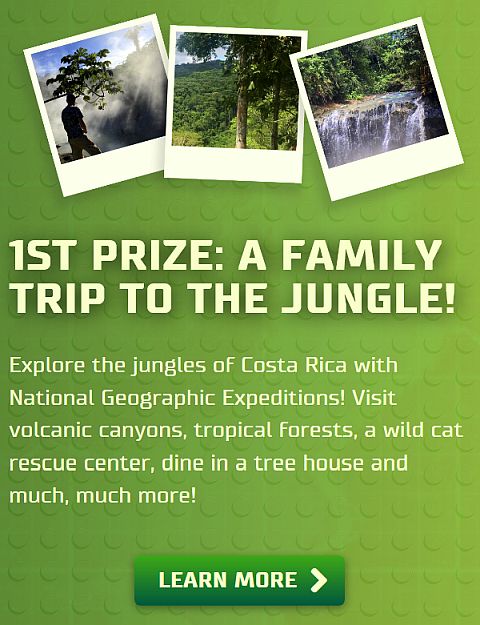 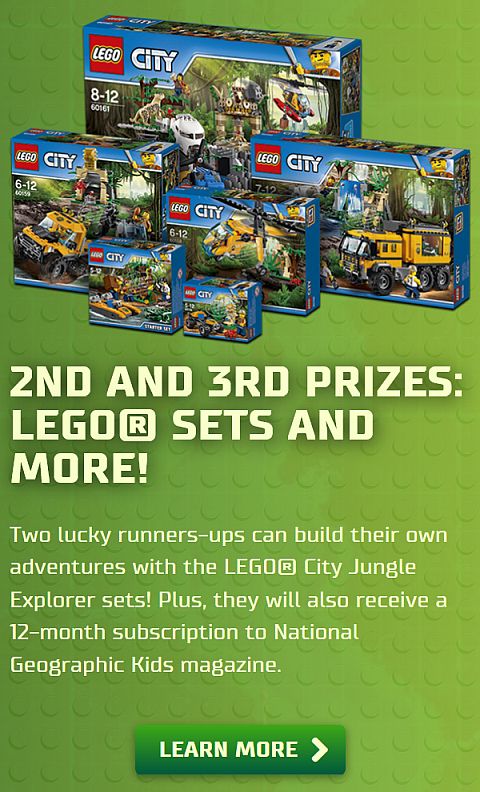 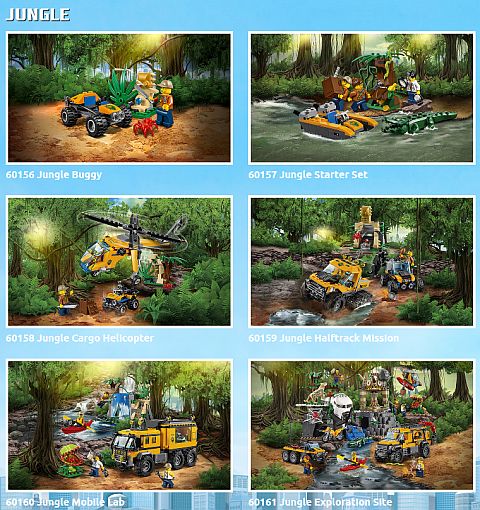 As you can see, this is an amazing contest, with an even more amazing prize! Visiting Costa Rica, and going on an adventure with the National Geographic Explorers team are the dreams of many kids and adults. So, if you want to participate, make sure you read the contest rules carefully, then start building or drawing! You can find all the details on the LEGO CITY JUNGLE CONTEST PAGE, and on the LEGO CITY JUNGLE CONTEST FAQ page. And if you need some inspiration for your contest entry, check out the LEGO City Jungle sets the LEGO City section of the Online LEGO Shop.

What do you think? How do you like the LEGO City Jungle contest? Are you excited for the possibility to visit Costa Rica with the National Geographic Expeditions team? Do you already have some ideas of what you are going to build or draw? Feel free to share your thoughts and discuss in the comment section below! 😉