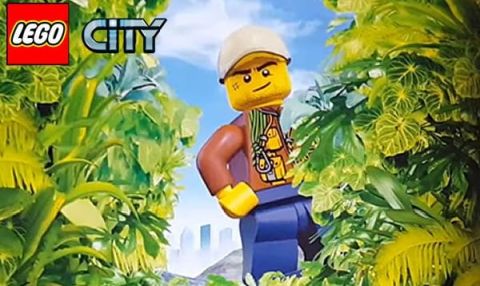 ➡ 2017 LEGO CITY COAST GUARD SETS: The LEGO City Coast Guard theme has been a perennial favorite, especially during the summer months. The sets feature minifigs stranded in various watery dangers (shark attacks, engine troubles, drowning, etc.), and the coast guard coming to their aid. The entire LEGO City Coast Guard line gets replaced every four years or so, but the white/orange/blue color-scheme has been the same since 2008. This allows LEGO to refresh the vehicles and minifigs with new designs, parts, and techniques, while LEGO fans to mix and match old and new sets. 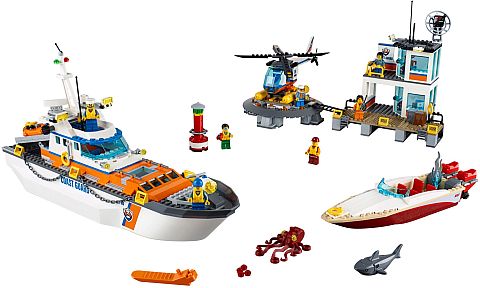 Because the LEGO City Coast Guard theme has a good mix of small to medium sets, they can easily fit any budget. Each of the sets can provide plenty of playtime for kids, or an excellent addition to the LEGO City diorama of older kids and adult LEGO fans. The sets are also a good source for sharks! Find them all at the LEGO City section of the Online LEGO Shop.

➡ 2017 LEGO CITY JUNGLE SETS: Besides the perennial LEGO City sets like LEGO City Police, LEGO City Fire, and LEGO City Coast Guard, LEGO also releases special sub-themes for LEGO City that are a bit more adventurous. They are basically the dangerous jobs of LEGO City, including a mining operation (2012), arctic exploration (2014), deep sea exploration (2015), volcano exploration (2016), and this year minifigs are going into the jungle! For this theme, LEGO partnered with National Geographic TV Kids, so expect some great shows out of it too. 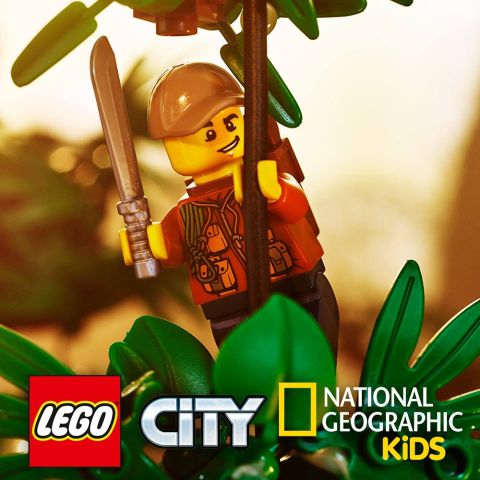 There is so much to like about the LEGO City Jungle theme! The vehicles have a pleasing light-orange color-scheme that could be reused in other settings as well. Each of the sets comes with dangerous and magnificent wild critters, including the new big cats, the Venus flytraps, and giant spiders. There is also a new kayak and some other useful accessories, and of course nicely detailed minifigs. The ruins found in the jungle are well designed, however it would be nice if there was a bit more greenery. You can find all the sets under the LEGO City section of the Online LEGO Shop.

➡ 2017 LEGO CITY SUMMER OTHER SETS: There are a few other new that are more generic, and are good fillers for expanding your LEGO City. This includes the #60153 LEGO City Fun at the Beach People Pack, the #60154 LEGO City Bus Station, and the #60169 LEGO City Cargo Terminal. In the video-player below, you can see each of the sets in more detail.

The #60154 LEGO City Bus Station is a great combination of useful modules and minifigures, although as you can see in the video-review, the bus could benefit from some minor improvements. The #60169 LEGO City Cargo Terminal also includes smaller modules, mostly in the form of vehicles. It could go well as an extension to a train depot or harbor. And the #60153 LEGO City Fun at the Beach People Pack is an obvious great set for additional minifigures. It’s nice to see so many new minifig prints! You can find all the new sets under the LEGO City section of the Online LEGO Shop. 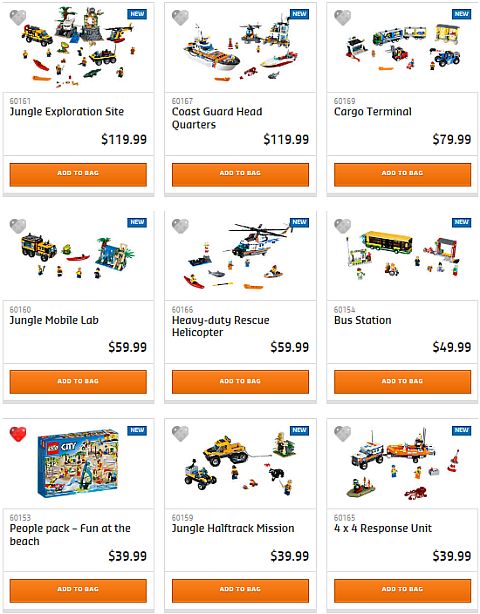 What do you think? How do you like the new LEGO City sets? Are you getting anything from the coast guard or jungle exploration collection? Did you build some of them already? Feel free to share your thoughts and own review in the comment section below! 😉