As LEGO fans eagerly wait for the release of The LEGO Ninjago Movie (September) and the accompanying LEGO sets (August-September), LEGO continues to tease with more and more reveals. We have talked about The LEGO Ninjago Movie sets last week (see links at the end of this post), and just before the weekend, LEGO also revealed all twenty of the upcoming LEGO Ninjago Movie Collectible Minifigures. So let’s talk about these awesome little guys and gals. 🙂 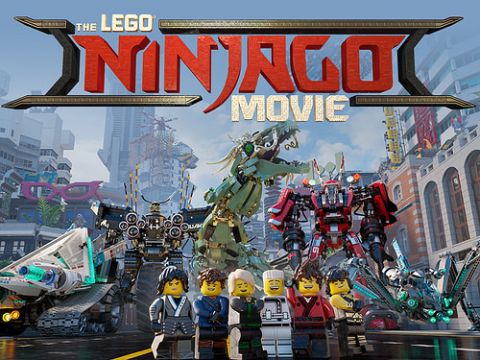 While most LEGO Collectible Minifigures Series come with sixteen characters, The LEGO Batman Movie and The LEGO Ninjago Movie collections both include twenty. This gives us a greater variety of characters and accessories, as you will see below.

Kendo Kai comes with the standard LEGO samurai armor in black, a protective kendo headgear, two standard rod pieces as training weapons, and a new hairpiece. We can’t see Kai’s torso-print, but it’s most likely unique to the series. While Kai is busy honing his ninja skills, Cole looks like he really got into hard rock, with a boom-box, new style messy hair and a shirt with graphics that look suspiciously similar to the AC/DC logo. 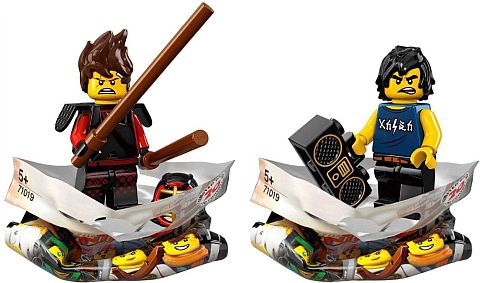 Zane wears a super cool retro gaming sweater and a re-colored backpack, while Jay sports an awesome new shawl piece, new hair, and a phone with a selfie stick. (I guess it was inevitable that minifigs will eventually be taking selfies!) Both minifigs are going to be very useful in everyday LEGO City settings. 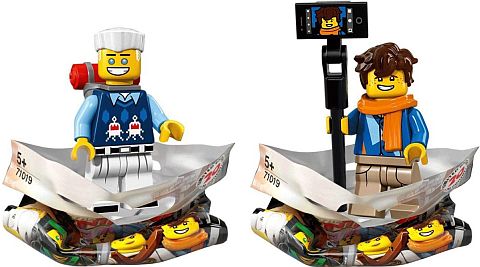 There are two versions of Lloyd. One sports a dark-green hoodie with a new hood piece, a bowl with beautiful dragon printing, and a spoon. Every piece of this minifig is going to be very useful not just for LEGO Ninjago settings, but also in a standard LEGO City. Lloyd’s second version is in ninja garb, with a new style sword, a printed tile, and a spare hairpiece. 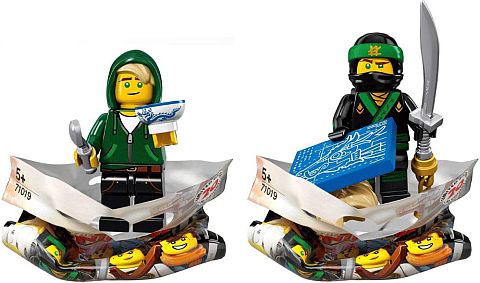 Lord Garmadon has three versions. The first two are Garmadon in black armor with a new style weapon and round hat, and Volcano Garmadon with the same bowl and spoon as Lloyd, but with different color and printing. (Those bowls are going to be so useful!) 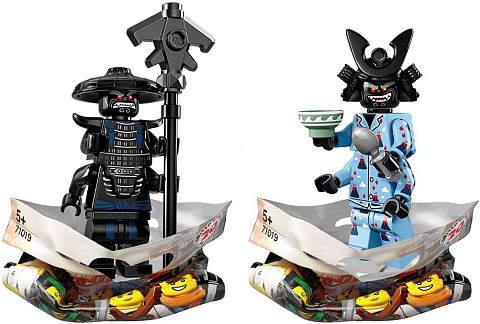 The third version of Lloyd’s daddy is Flashback Garmadon, which LEGO first teased us with on Father’s Day. He is from a flashback scene in the movie when Garmadon was young and handsome (okay, maybe not so handsome). Master Wu looks pretty much the same as in the Ninjago TV show, and comes with a box of corn flakes – another great printed accessory. 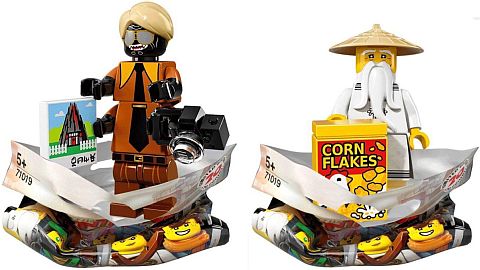 Spinjitzu Trainining Nya is dressed in a classy ninja suit, and comes with a new hairstyle, and two standard katanas in reddish brown. Misako is an interesting one, as she looks much too young to be Lloyd’s mother. Some LEGO fans suspect this version of her is referencing the flashback scene from the movie with young Garmadon. I really like the new hairpieces of both girls! 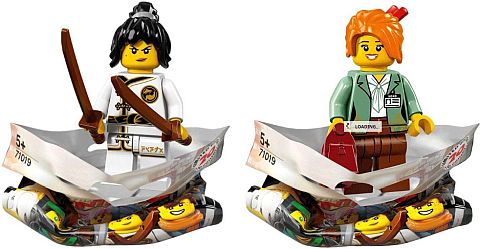 N-Pop Girl is one cute minifig in her Unikitty outfit! And her teddy bear is very cute too! The hairpiece is a re-colored version of Harley Quinn’s hair. The GPL Tech comes with a laptop and a red mug, and wears a lab-coat with a batman shirt under it. How cool is that? Her large glasses remind be of Robin’s spectacles in The LEGO Batman Movie. 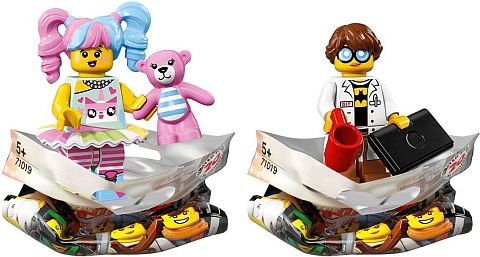 The Sushi Chef will go great with the upcoming LEGO Ninjago Movie Ninjago City set we talked about the other day. The printed 1×1 round tile comes with a new sushi print, and the black and white headband piece is great! The Gong & Guitar Rocker is another excellent generic minifig with a new guitar print, and great torso and legs. The hair/headband combo is not new, but the colors are. 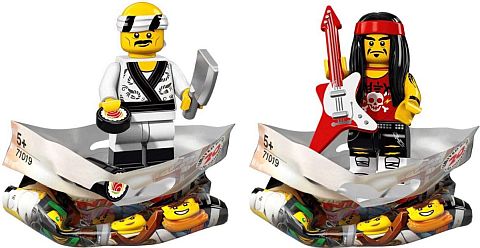 The Shark Army General #1 is a very interesting female minifigure with a new hairpiece, fins, and a re-colored Slurpee cup. The Shark Army Great White is actually a black shark with what looks like quite a bit of battle damage, and a flaming black fish. 😈 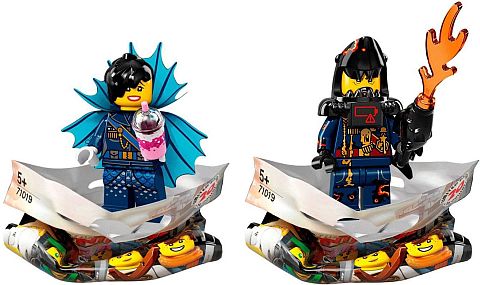 The Shark Army Angler is both funny and intimidating – sort of like a real life anglerfish. The Shark Army Octopus comes with a similar arrangement. I’m pretty certain that both headgear pieces are going to be used in all kinds of underwater LEGO creations, and maybe even as minifigure Halloween costumes. 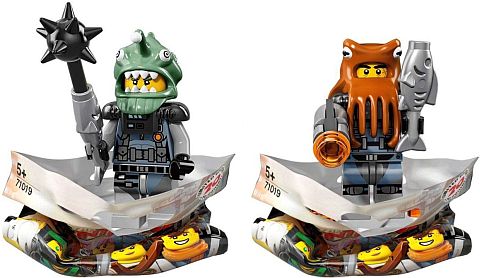 And that rounds up all twenty of the upcoming Collectible Minifigure Series related to The LEGO Ninjago Movie. What do you think? How do you like these minifigs? Do you have any favorite characters and/or accessories? Feel free to share and discuss in the comment section below! 😉 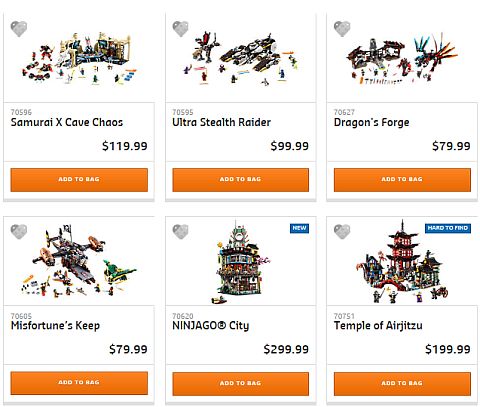