On January 1st, LEGO released a second series of collectible minifigures related to The LEGO Batman Movie. The collection includes more Batman suits and some other fun characters Batman fans can be very happy about. So let’s take a look. 🙂 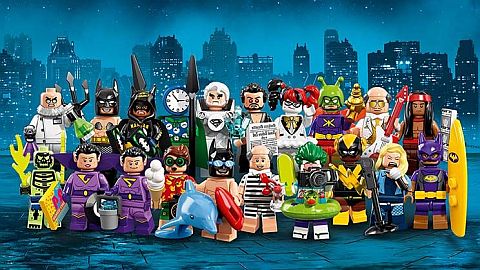 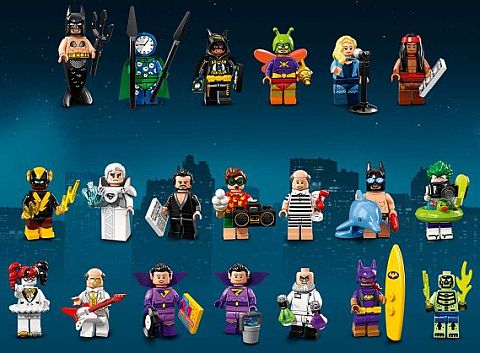 Just like with all LEGO Collectible Minifigure series, all of the characters come with their own accessories. Particularly noteworthy are Alfred’s guitar, which only came with this print in one other set (The LEGO Ninjago Movie Collectible Minifigures Guitar Rocker), a recolor of the rubber ducky, and the bottles that come with Hugo Strange (not new, but always nice to have more of). And it’s always nice to have more dolphins. Also, Clock King’s head makes a pretty nice standalone clock with a different attachment point than the clock tiles we normally find in LEGO sets (it is the same piece as the previously released Gingerbread Man’s head). 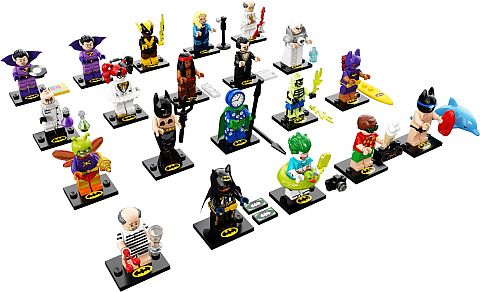 Of course, all the characters are collectible for DC Comics and Batman fans, but some of the minifigure parts are also great for generic use. The disco outfits are perfect for glamorous minifigs, and the vacation shirts are lightweight casual wear around LEGO City. The Apache Chief is an awesome army builder minifig, and Doctor Phosphorus could join the previously released Halloween minifigures. I also like the bare torso of Swimsuit Batman (printed both front and back!), and Black Canary’s outfit. 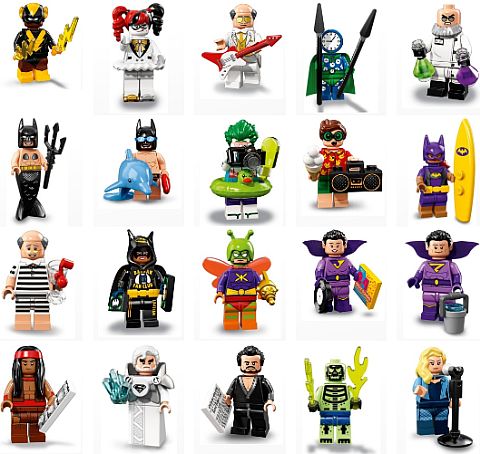 There are several other interesting facial prints (most of them have dual facial expressions), torso prints, leg prints, hairpieces, and accessories, so even if you are not a Batman fan, it’s definitely worth going through the images carefully to see what useful parts you can find. I’m including JANGBRiCKS’ video-review below, so you can see each of the minifigures from all sides and in more detail.

The LEGO Batman Movie Collectible Minifigures Series 2 packets should be available at most LEGO retailers (remember that they are blind bags, so you will need to take some time to find the ones you want, by feeling the bags with your fingers). And you can also order them online if you don’t mind getting random characters. See the LEGO Minifigures section of the Online LEGO Shop. 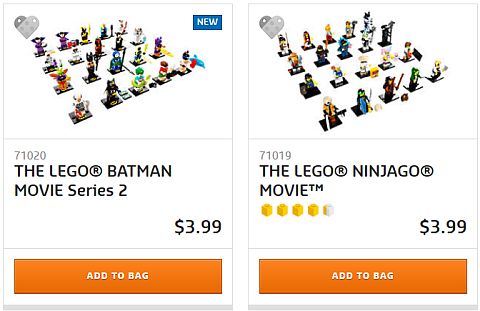 What do you think? How do you like The LEGO Batman Movie Collectible Minifigures? Do you have the characters from the first series? And are you planning to get the new ones? Which one is your favorite minifig in the collection? Feel free to share your thoughts and discuss in the comment section below! 😉