Pacific Rim Uprising, the sequel to the 2013 film, Pacific Rim, was released just a few days ago. While it doesn’t have the originality, artistry, and sheer awesomeness of the first film, it does provide good follow-up entertainment for fans. Pacific Rim is particularly interesting for LEGO fans, because the LEGO building system lends itself to creating giant robots and monsters destroying entire cities. You may remember the epic Kaiju attack scene by OliveSeon that circulated around the internet a few years ago (see below), and there are many more. 🙂 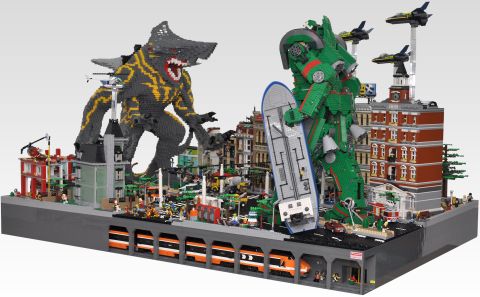 Building huge monster Kaijus and giant humanoid mechas called Jaegers out of LEGO bricks is just incredibly satisfying. If you search for LEGO Pacific Rim, LEGO Kaiju, and LEGO Jaeger, you will find many examples of LEGO fans recreating scenes and characters from the movie, like this collection of Jaegers by Moko. 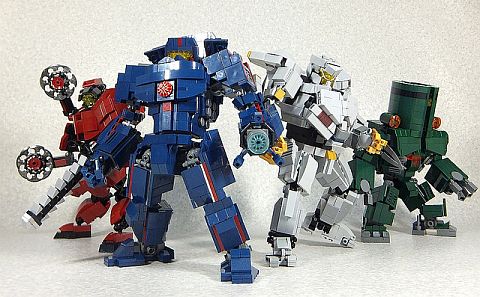 The Pacific Rim-inspired mechs by chubbybots are also excellent examples, and he also provides video-tutorials for many of his creations via his YouTube channel, so you can build along. 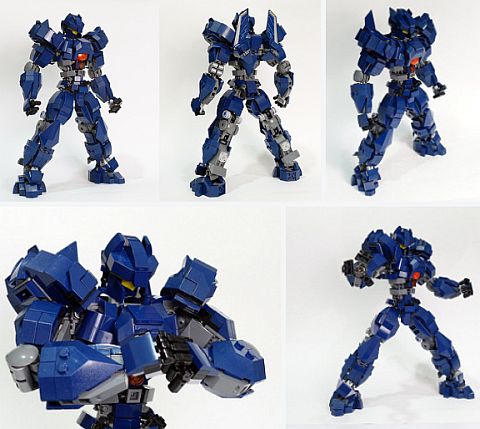 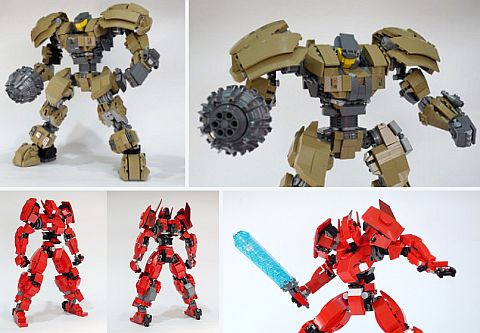 And, you don’t have to have thousands of LEGO bricks to build mechas and monsters either. If you have a smaller collection, you can use micro-building techniques, or even a couple of well-chosen minifigs will suffice – as exemplified by Leonardo Ho in the picture below. 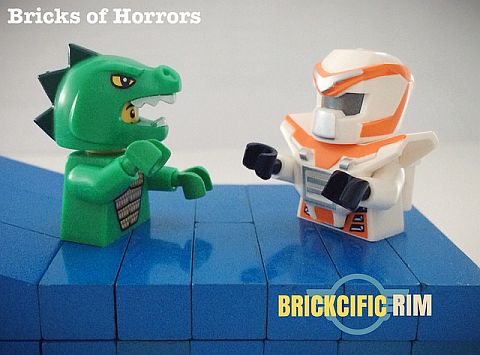 If you like building mechs and monsters, Pacific Rim provides plenty of material to work with. The monsters in the film are quite diverse, with all kinds of interesting shapes and colors, and the mechs also represent several different technologies, styles, armor, weapons, etc. If you are interested, there are many reference pictures from the movie, as well as examples by LEGO fans. For example, for Pacific Rim Uprising, Brick FORCE Studios recreated the entire trailer in LEGO bricks. In the video-player below, you can find the LEGO version of the trailer, the original movie trailer, and a side-by-side view of the two trailers. So many interesting scenes here!

I’m actually surprised LEGO didn’t pick up the license for the Pacific Rim films. LEGO designers like working on mechs and monsters, kids love them, adults love them – it would have been a perfect match. Unfortunately, that hasn’t happened, but this doesn’t mean you can’t build your own scenes. And, there are some LEGO sets from other themes you can use as starter models for your own Pacific Rim-inspired LEGO creations. The LEGO Ninjago Movie line in particular is full of interesting mechs that you can customize and repurpose, and they also have very good articulation and play-features. And there are also some good mechs in some of the LEGO Super Heroes sets. You can find a good selection at the Online LEGO Shop. 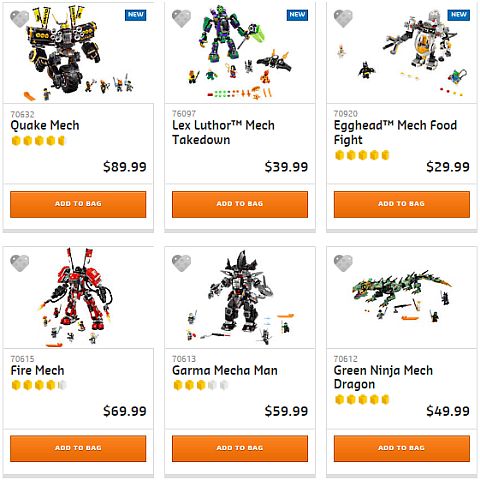 What do you think? Are you a fan of the Pacific Rim movies? Have you seen the new film yet? Did you ever recreate any of the mechs, monsters, or scenes from the movie with LEGO bricks? Or do you have some favorite recreations from other LEGO fans? Feel free to share and discuss in the comment section below! 😉