The Jurassic World: Fallen Kingdom film is now in theatres, which will likely give a big boost to the recently released LEGO Jurassic World collection. We have discussed the sets already in detail including video-reviews (see: LEGO Jurassic World Sets Overview), but I thought to mention them again in celebration of the release of the new film. There are eight regular LEGO Jurassic World sets, three sets under the LEGO Juniors line for younger kids, two sets under LEGO DUPLO for the youngest LEGO fans, and one set under LEGO BrickHeadz. That’s a lot of sets to choose from for all age groups, and LEGO is even offering Double VIP Points on some of the sets (see details below). 🙂 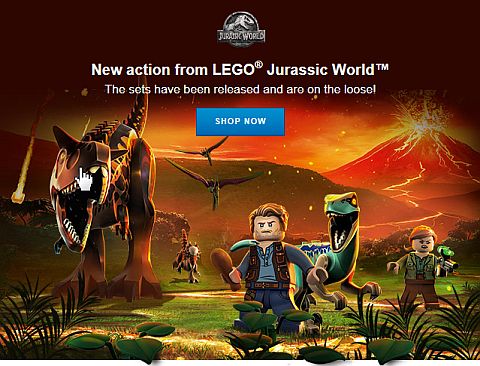 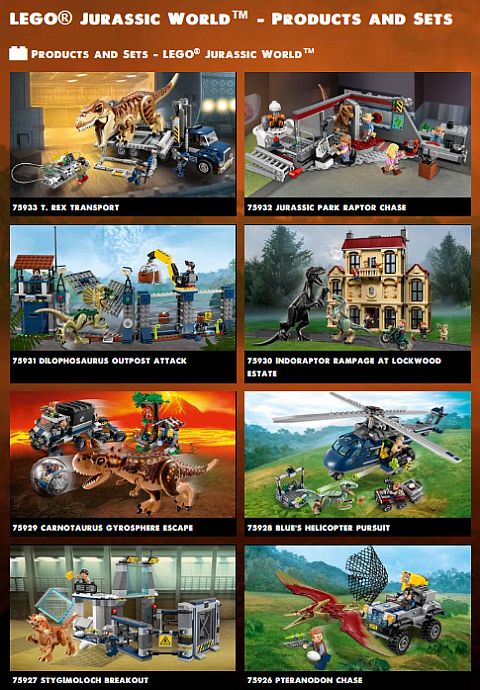 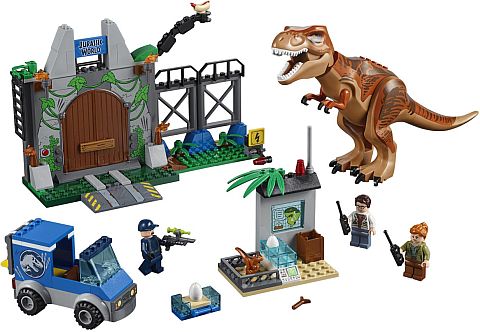 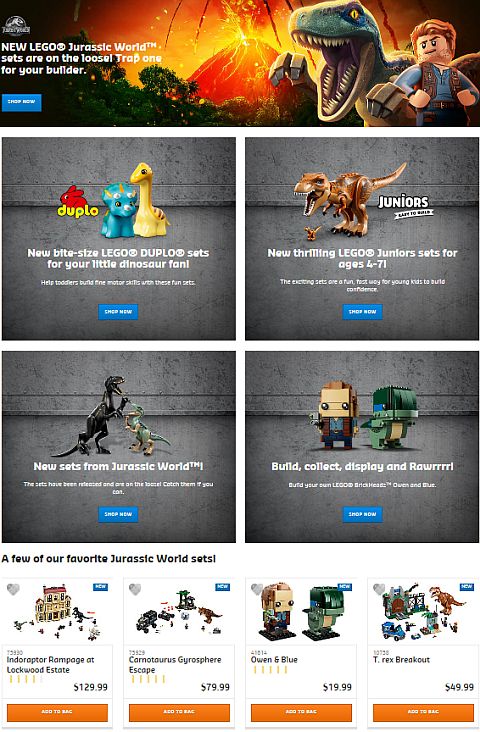 Finally, there is the #41614 LEGO BrickHeadz Owen & Blue construction characters in the same brick-built style as the other LEGO BrickHeadz figures. Owen comes with a tranquilizer gun, and velociraptor Blue got some seriously ferocious teeth. The decorations on these figures are printed, and they are quite adorable. The set is available under the LEGO Jurassic World section of the Online LEGO Shop. 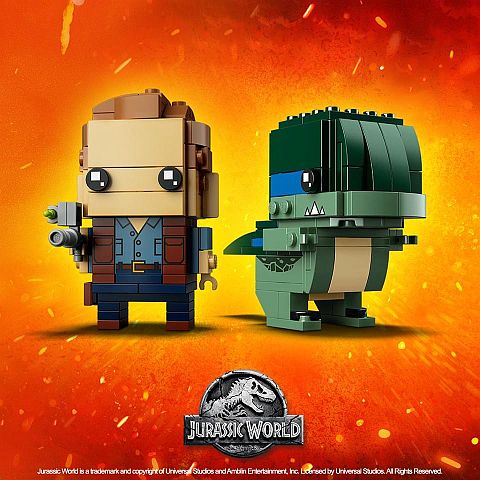 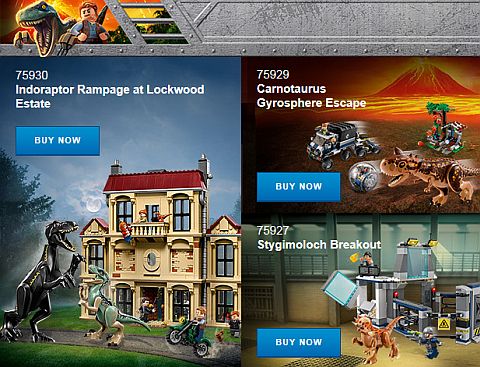 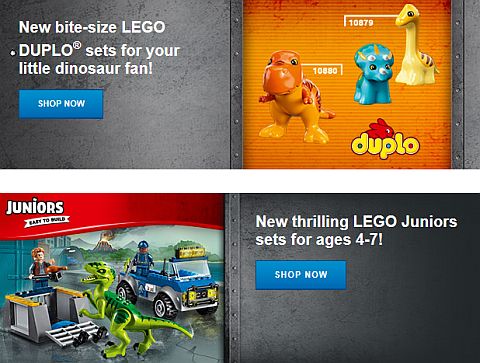 What do you think? How do you like the new LEGO Jurassic World sets? Have you gotten some of them already? Which ones are your favorites? And have you seen the film yet? Or are you planning to? Feel free to share your thoughts and discuss in the comment section below! 😉