When we discussed the new LEGO sets and promotions for the month (see: September 2018 – New LEGO Sets & Promotions), I mentioned that the LEGO Advent Calendars are now available. While it’s a bit premature to talk about Christmas, it’s nice to have early access to the LEGO holiday sets before the shopping season begins. Today, I wanted to show you the sets a bit closer up, so you can see what’s included with each of the 2018 LEGO Advent Calendars. 🙂 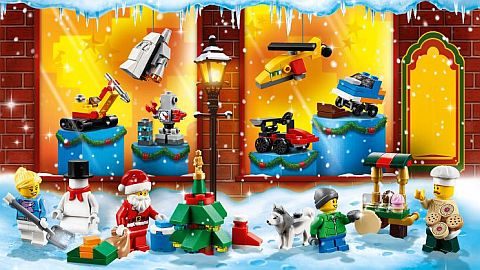 LEGO has been releasing Advent Calendars since 1998, and they are popular holiday gifts for families. They contain 24 small sets for each day of the month of December leading up to Christmas. LEGO used to make one Advent Calendar per year, which gradually increased to two per year in different themes (i.e. LEGO City, LEGO Castle, LEGO Star Wars, etc.), then, starting in 2012, LEGO began releasing three LEGO Advent Calendars to cover three major themes: LEGO City, LEGO Friends, and LEGO Star Wars.

The sets are packaged in special boxes with small opening doors for each day of December counting down to Christmas. Behind each door, there is a small LEGO model, minifig, or accessory that kids can enjoy, while also building up anticipation for Christmas. 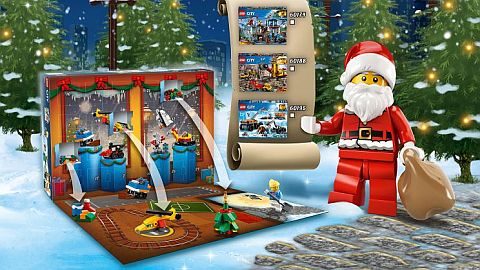 The #60201 LEGO City Advent Calendar features 24 buildable presents, including vehicles (space shuttle, racecar, drone, robot, monster truck, etc.), seasonal items (Christmas tree, candy cane, lamppost with holiday decoration, wrapped presents, etc.), five minifigures (including Santa!), and a husky. The small builds can be used for decorating any LEGO City, or as additional decorations for the LEGO Winter Village collection, or other Christmas-themed dioramas. This set comes with 313 pieces in total, and the price is $29.99. You can get it at the LEGO City section of the Online LEGO Shop. 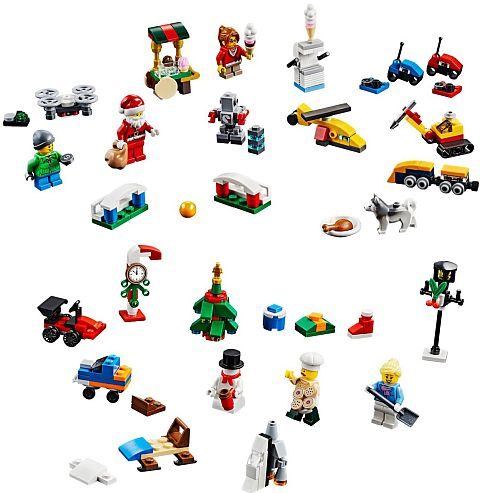 The #41353 LEGO Friends Advent Calendar is very interesting this year. Instead of focusing on mini-dolls and small builds for mini-dolls, the set features buildable Christmas decorations for your own house and Christmas tree. The decorations include a small Christmas tree, candy cane, gingerbread man, candle, wrath, and a surprise to represent each of the five friends from Heartlake City. The decorations all come with some type of a loop to allow easy hanging. This set comes with 500 pieces, and the price is $29.99. It’s available at the LEGO Friends section of the Online LEGO Shop. 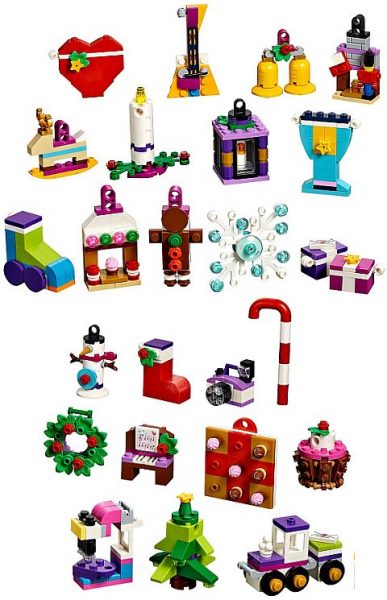 What do you think? How do you like the 2018 LEGO Advent Calendars? Which one is your favorite? Do you plan to get any of them, or even all of them? What other themes and building styles do you think would work with Advent Calendars? Feel free to share your thoughts and discuss in the comment section below! 😉