In the last part of my review of the LEGO City Arctic sets (see LEGO City Arctic Sets Review – Part Two) I mentioned that the explorers needed somewhere where they could take a break from their exploration and get a bite to eat, a nap, maybe a game of Uno, or what have you.  Because building a 130×66 stud diorama wasn’t enough for me, I wanted to see if I could create a base camp for the Arctic team, using only pieces from the six 2018 LEGO City Arctic sets.  So, once again, welcome to the Arctic! 🙂 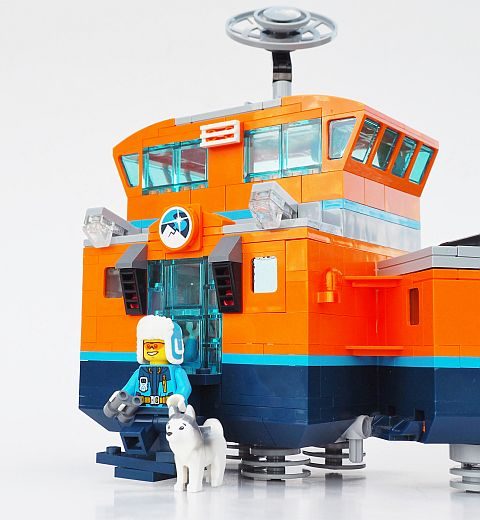 My alternate build features a complex with four connected buildings,a crane, a small helicopter, and a little snow mound with a polar bear!  Working with a limited number of pieces was a little complicated, especially since all of the 2018 LEGO City Arctic sets are vehicles, which are not the most suitable to transform into buildings.  Still, as you will see, there were plenty of bricks for a decent size base.

I started with wheel parts (without the tires) on the bottom. I don’t have any great experience with Arctic bases, but it seemed logical that the buildings wouldn’t sit directly on the snow. The wheels were an easy way to boost the complex, and between all the sets, there are more than enough wheels! 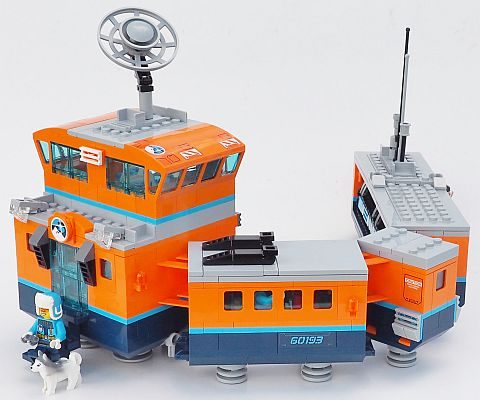 The #60193 LEGO City Arctic Air Transport included lots of A-shaped plates in orange.  This meant that rooms could be attached at 45-degree angles, giving some visual interest to the creation. 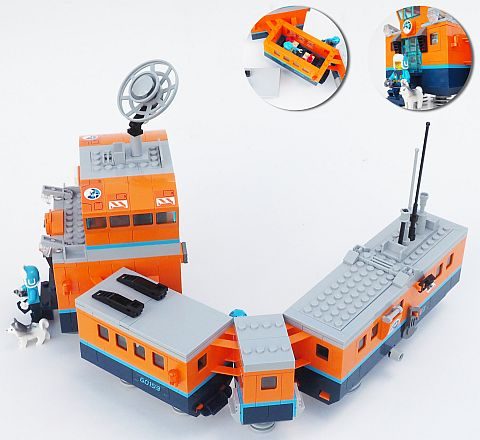 Around back, I left some rooms open and some not. This was mostly determined by piece constraints.  The long building has a conveyor belt inside (had to get the treads used up somehow!) with gadgets and gizmos behind for an analysis of the smaller animals discovered.  Next over, the small room has a very small bed.  The third building is for eating, while the largest has screens downstairs and a control tower area upstairs.  (Levitation is the preferred method for reaching the second floor, as it is in many LEGO buildings.)  This complex was what I spent most of my time on, trying out lots of different combinations in order to maximize the parts available. 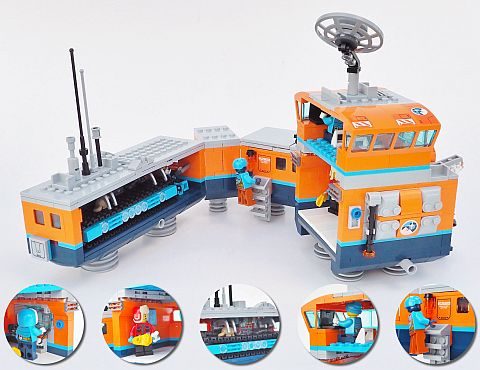 Besides the complex of buildings, I also constructed a small helicopter, since that seemed to be the best way to use the pre-fabricated plane windshields.  One of my brothers suggested turning the longer one upside down and then connecting both.  This made for a very compact helicopter, and also some complicated upside-down work. 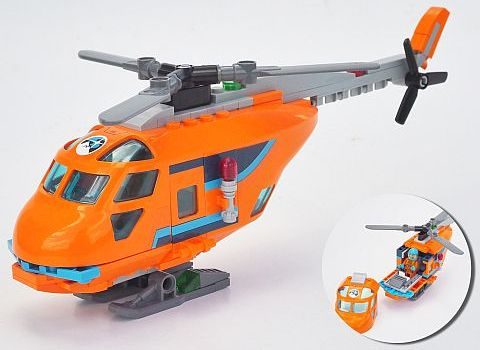 Given the huge crane from the largest LEGO City Arctic set, the #60195 LEGO City Arctic Mobile Exploration Base, I knew I had to build a crane of some sort for the base.  This crane is pretty simple as it just lifts up and down and then relies on the rotation of the engine on the tire for moving left or right.  However, in order to take advantage of orange tiles that would otherwise probably have been leftovers, I had recourse to sideways building for the walls. 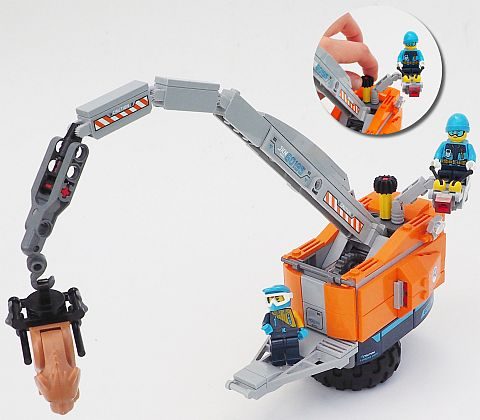 Last but not least, the white and transparent-light-blue slopes from the snowy side builds of the original sets came in handy for creating a polar bear habitat.  Now the bear has a retreat when the Arctic team’s saws start to make too much noise! 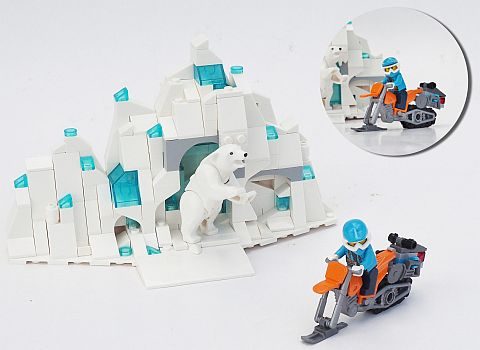 I hope my LEGO City Arctic alternate builds give you inspiration and ideas to rebuild or expand some of the LEGO sets you own! Even if you have a larger collection, forcing yourself to stick with a smaller parts selection provides special challenges that can help you improve as a builder.  Plus, it makes you realize that it’s not about the pieces, it’s about how you look at them!  If you’d like to see more of the LEGO City Arctic sets, you can check them out at the LEGO City section of the Online LEGO Shop. 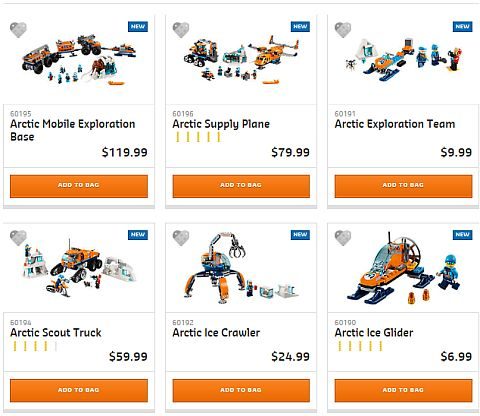 What do you think? Do you have any of the LEGO City Arctic sets? Have you tried building alternate models with them?  What was your experience? Are there any other LEGO sets or themes that you used for building your own creations? Feel free to share your thoughts and discuss in the comment section below! 😉