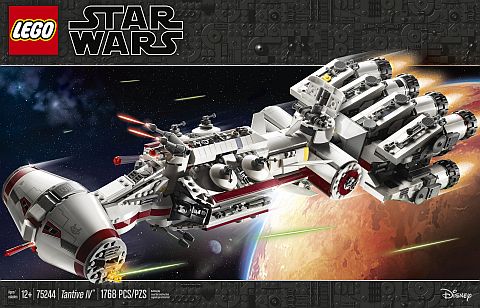 Own an iconic Rebel blockade runner – Tantive IV! Build, play and display a legendary Star Wars starship! This LEGO Star Wars interpretation of Tantive IV, seen fleeing from an Imperial Star Destroyer in the opening moments of Star Wars: A New Hope, faithfully recreates all of the Rebel cruiser’s signature details, including an elongated hull, detachable escape pods, elevating gun turrets, cargo hold and 11 massive engines at the back. Remove the hull plating of this fantastic LEGO Star Wars vehicle to reveal a detailed 2-minifigure cockpit, conference area with table, weapon rack and a control console with 2 seats. The radar dish also doubles as a convenient carry handle, which makes it perfect for flying around the room. When the mission is over, this amazing kids’ buildable toy also makes a great centerpiece for any LEGO Star Wars collection. The set also includes 5 minifigures and R2-D2. 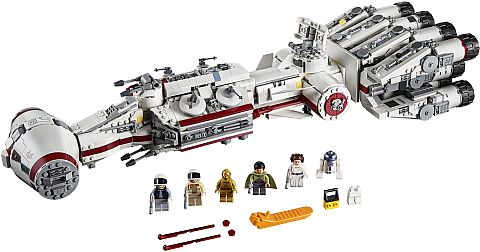 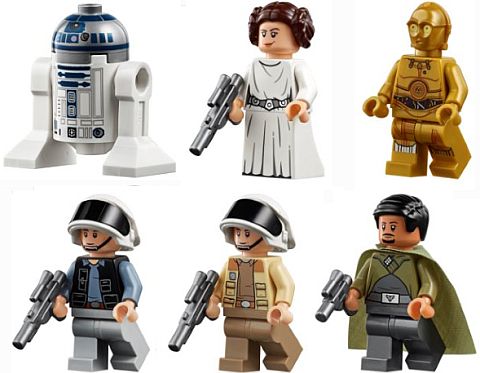 Above, you can see all the minifigures in the set, and below are some additional images from the press-release package. 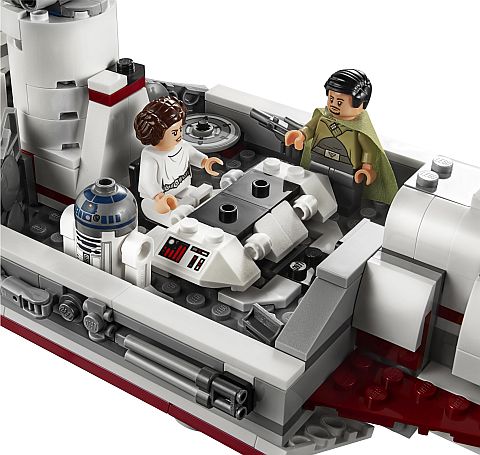 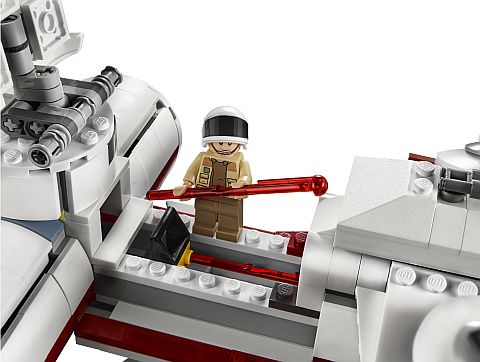 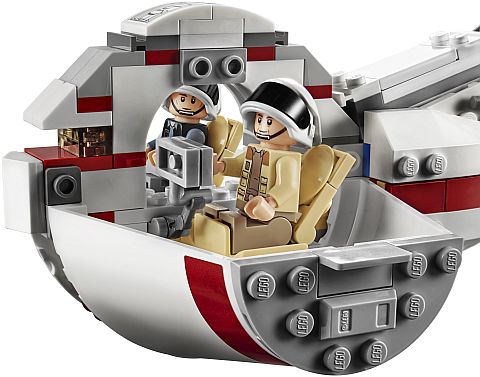 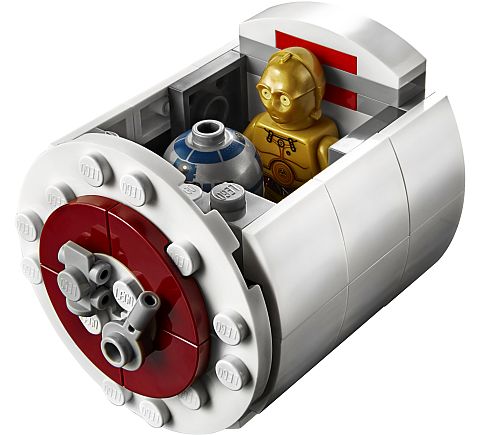 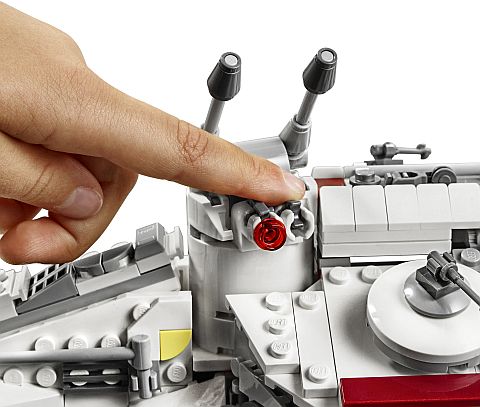 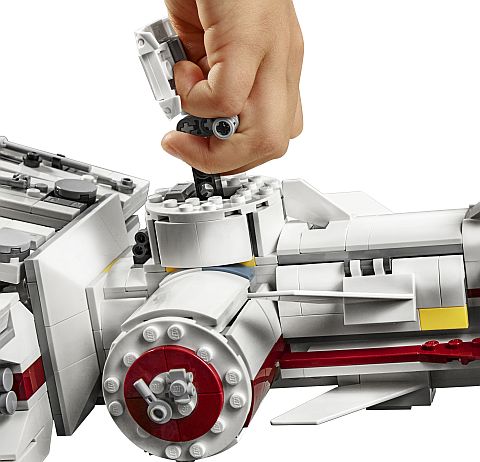 If you are a LEGO Star Wars fan, you probably know already that LEGO released an earlier version of this ship in 2009. The #10198 LEGO Star Wars Tantive IV (see below) came with 1,408 pieces, and the two ships are quite similar in both size and design. If you already have the earlier ship, it will be interesting to compare the two and see all the updates and upgrades. 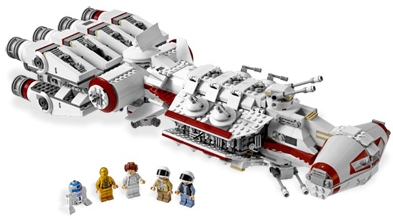 What do you think? How do you like the #75244 LEGO Star Wars Tantive IV? Is this a set you are looking forward to? And what do you think of the included play-features and minifigures? Feel free to share your thoughts and discuss in the comment section below! 😉