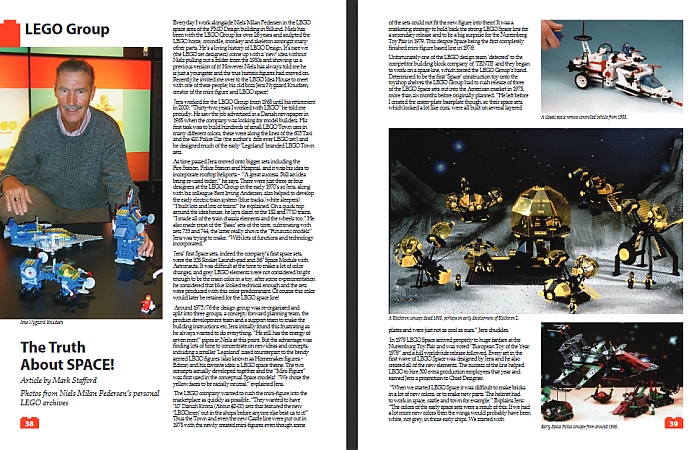 I only met Jens twice, on both occasions he stuck me as full of energy and enthusiasm for LEGO and designing toys. For example, I took him to take a photograph in the LEGO Idea House and he noticed a LEGO Classic Space model he had designed 30 years earlier was built wrong and just had to stop, get down on his knees, and fix it! Jens was made Chief Designer after the success of the minifigure he designed and led the design team throughout the 80’s and 90’s.

He designed the LEGO minifigure, and had a hand in pretty much every LEGO theme between 1968 and 2000 when he retired, including LEGO Classic Space (he designed the entire first wave and most of the later models too), LEGO Blacktron, LEGO Aquanauts, LEGO Ice Planet, all the LEGO Classic Castle themes, LEGO trains, LEGO Pirates, LEGO Adventurers, etc. He leaves behind his loving wife, three children, two grandchildren and over eight billion little plastic people infused with childhood imaginations. Millions upon billions of happy childhood memories are owed to this man. Thank you Jens. 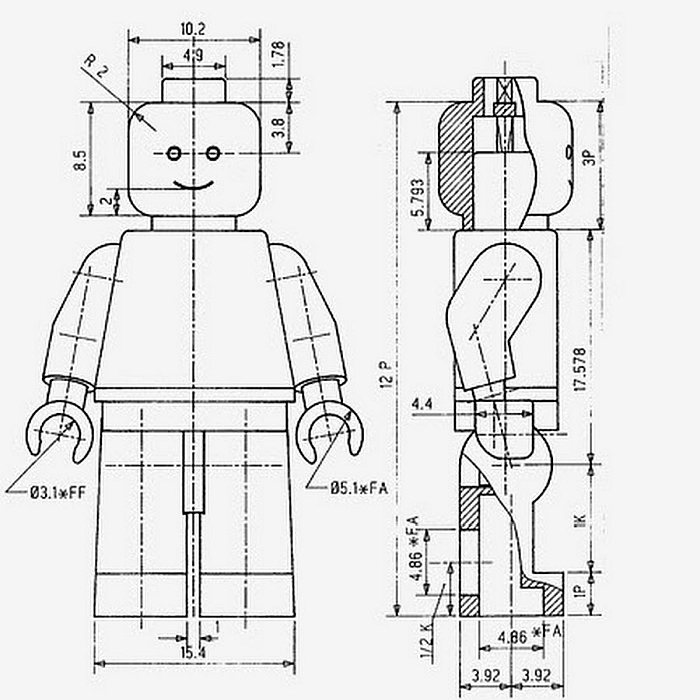 Jens hired LEGO Designer Niels Milan Pedersen in the 1970’s and they worked together until Jens retired in the year 2000. He writes:

It’s with great sorrow and dismay that I must announce that an amazing man, the best colleague of many years, an unforgettable friend, the most loving husband, father, father-in-law, and grandfather: Jens Nygaard Knudsen has passed away on 19th February 2020.

Among all those who have worked for, built with, and generally known and loved LEGO over the years Jens should be known and remembered as one of the most important designers ever. He was the man who created the LEGO minifigure, and he was behind all the classic themes: LEGO Space, LEGO Pirates, LEGO Castle, LEGO trains, and countless more besides. He was a leader and an inspired builder.

Few have ever had as much imagination and creative power as he, and no one who has got to know, or simply meet Jens will be able to forget his amazing, lovely, and positive personality. LEGO fans around the world should know that perhaps the most-important-ever creator of the LEGO Universe is no more. Honor his memory. His equal no longer exists. Jens Nygaard Knudsen, 25 Jan 1942 – 19 Feb 2020. 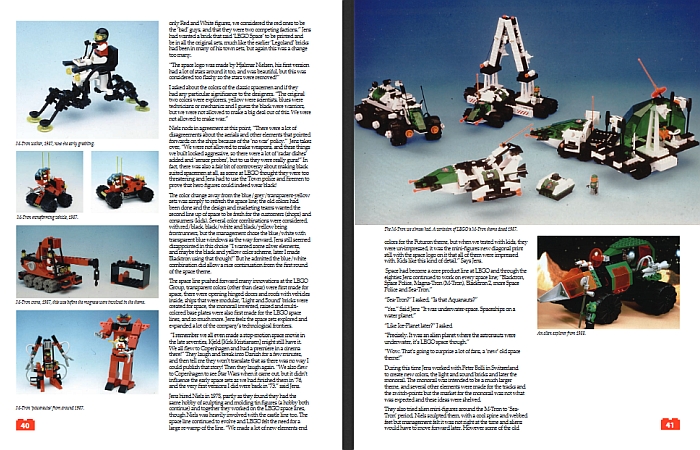 If you would like to learn more about Jens, there is an excellent article by Mark Stafford with photos from Niels’ personal LEGO archives in BrickJournal Issue 6 – Volume 2 – Summer 2009, pages 38-43. You can read the full article here in PDF format: The Truth About SPACE! And here are the highlights from the article:

When Jens Nygaard Knudsen was looking for a job, he found an advertisement for a job position as a model builder at The LEGO Group in a local Danish newspaper. His first task was to build hundreds of small LEGO Town cars in different colors. These models were along the lines of sets #605 LEGO Taxi and #420 LEGO Police Car. Jens designed much of the early LEGOLAND branded LEGO Town sets, along with almost all of the LEGO Basic sets.

As time went on, Jens was assigned to make bigger sets including the Fire Station, Police Station and the Hospital. He came up with the idea to include rooftop heliports on these sets—an idea still being incorporated in sets today.

In the 1970s, there were only few LEGO set designers, so Jens, along with his colleague Bent Irving Andersen, developed the early electric train system (with blue tracks and white sleepers). Some of Jens’ favorite trains he has designed include the #182 LEGO Train Set with Motor and #7710 LEGO Push-Along Passenger Steam Train. When making the LEGO Basic themed sets, Jens always wanted to push a futuristic style, as seen in the #733 LEGO Universal Building Set and LEGO #744 Universal Building Set.

In the 1970s, Jens designed over 50 concepts for what would later become the LEGO minifigure. Jens and his colleagues decided to make LEGO minifigures yellow to be racially neutral. In 1978, Jens articulated minifigure design was patented and produced by the LEGO Group, and all minifigures to this day use this design.

Jens also created the LEGO Space theme, designing the first space sets; the #358 LEGO Space Rocket Base and #367 LEGO Space Moon Landing. At the time, it was difficult to make a lot of color changes, and grey LEGO elements were not considered bright enough to be the main color in a toy, so after some experimentation, Jens decided that blue looked technical enough, and the sets were produced with this color predominant.

Later in 1978 and 1979, LEGO was rushing to get LEGO Space and the minifigure (“LEGO men”, as they were referred to by the company) onto store shelves as soon as possible, to be the first space-oriented construction toy on the market. The LEGO Group pushed LEGO Space sets onto American store shelves in 1978, more than six months before originally planned. In 1979, LEGO debuted the LEGO Space line at the Nuremberg Toy Fair, being a huge success, and voted “European Toy of the Year 1979”. The success of the new line of products helped LEGO to hire 500 extra production employees that year, and earned Jens a promotion to Chief Designer. 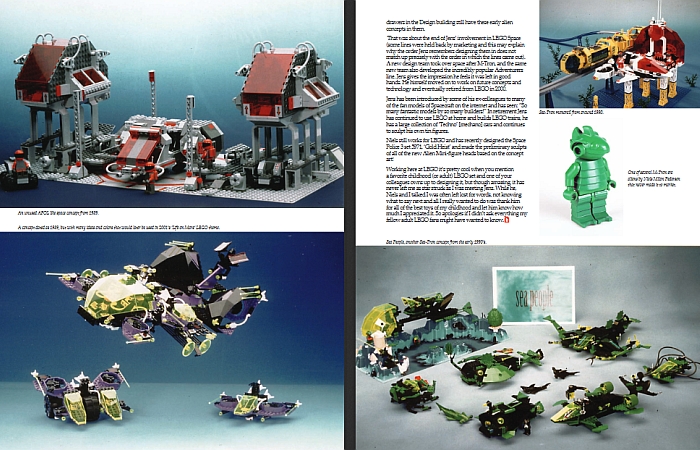 Mark Stafford is currently gathering memories, comments, remembrances, and stories about Jens that he will forward to his family, so you’re welcome to share in the comments section below. And, if you would like to do something in Jens memory, Mark suggests that you build a LEGO spaceship, because Jens would have loved that. Hashtag it and share it as #NygaardMemorialFleet on social media, and lets see what kind of awesome fleet the LEGO fan community ends up with…