In memory of Daniel Jezek… 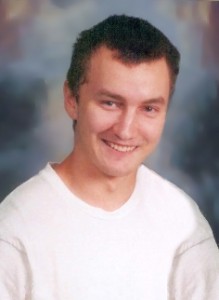 Today we announce with sadness the sudden and tragic passing of Daniel Jezek, the visionary and founder behind BrickLink, the online LEGO marketplace and community.

Daniel’s family sent out the following message to the BrickLink community. (You can read the original post here: In memory of Daniel Jezek)

If you would like to leave a note the Jezek Family, you may do so at the BrickLink Forum announcement page.

The family of Daniel Jezek want to extend our profound thanks and gratitude to the BrickLink and LEGO communities worldwide for their tremendous outpouring of tribute and sympathy. Your thoughts and prayers have been most welcome and comforting during this very difficult time. We are proud that Dan has created a website that means so much to all of you and our intent is to continue it uninterrupted because that is exactly what he would want us to do. Thank you all.

We honor the life of Daniel Jezek, who departed this earth September 24, 2010. A life cut tragically short; a potential with so much more to be realized. We mourn the loss of a loving son, a young man who even in his short time with us, gave much and had so much more to give.

Dan’s book of his life had too few pages, 33 to be exact. But those pages were filled with love, compassion, giving, and a lot of accomplishment.

Daniel was born June 25, 1977, in Prague, in what was then Communist Czechoslovakia. He was the only child and son of two very accomplished parents. His father, who still teaches at Charles University in Prague is a world-famous mathematician, who by the age of 25 had already solved a centuries-old mathematical hypotheses that no one else could solve. That’s a little like already knowing the answer empirically, but not knowing how to get there mathematically.

Dan’s father did it when no one else could. His mother held a PhD in law from Charles University in Prague and was an intellectual figure in her own right. (I might add that his father is very ill right now and we wish him well.)

With that parentage was it any wonder then that Dan was absolutely brilliant? And he demonstrated that mental acuity early.

At the age of three he was introduced to LEGO. LEGO bricks are those little plastic bricks that children – and plenty of grownups – use to build practically everything, limited only by their own imagination. If you were trying to find a world-wide movement, certainly love of all things LEGO would be among them. As an infant Dan began piecing together LEGO works of art.

Brief escapes from behind the Iron Curtain while Dan was growing up were made possible by his father’s visiting professorships at universities in the West. Summer teaching assignments in West Germany, Canada, Berkeley in California, Vanderbilt in Nashville, the University of South Carolina, and, of course, the University of Hawaii.

On one of those summer escapes, the family bought a computer. One of the very first personal computers ever made. It was a leading edge with a clunky keyboard and a monochrome monitor. Few had ever even seen one behind the Iron Curtain.

It was manna from heaven for Dan. Playing with his father’s primitive computer at the age of nine, he finally found something he loved as much as his LEGO. It wasn’t long before he learned to program that computer and to build, quite naturally, a computer game.

Thus was this meld of an inquisitive mind, with a love for LEGO who was literally a virtuoso with a computer in his hands.

When the Wall fell in 1989, what followed was the Americanization of Daniel Jezek.

The family moved to Hawaii in late 1990 and while Dan’s father eventually returned to the new Czech Republic, Dan and his mother stayed.

They struggled for quite a while, but Dan and his mother made the most of an immigrant’s life. Dan attended Kalaheo High School and eventually graduated in 1996, with a love for American sports and all things computer. By this time Dan was an American in every way, and fluent in English as well as his native Czech language. And in 2002 it was made official when Dan was naturalized as a U.S. citizen.

Dan continued his education in computer sciences at community college and the University of Hawaii and came to work as a computer programmer for Alltel, running First Hawaiian Bank’s computer system and defending them against the feared ravages of Y2K.

The final decade of his all-too-short life began in an unusual way. This is very anecdotal to me, because around 2000 I suggested that he look into catching on with an up and coming new web-based business here in Hawaii. Dan did look into it.

In his first interview for a job he was told he would have to learn new web-based computer languages like Visual Basic and JavaScript, take a test, and then, maybe, they’d talk.

Typically, Dan went home learned those languages and few more fluently. He did this inside of about a week and went back and aced the company’s test. A couple of things intervened and Dan didn’t get that job after all.

But the real lesson here is Dan didn’t go home and mope or dwell on what might have been. Instead, he took what he had just learned and developed his OWN web-based business. This budding entrepreneur looked at eBay as a model. He saw that if a website like that could do well just getting people to sell stuff, Dan would do the same for people who wanted to sell and trade LEGO bricks.

His business, Bricklink was born. For the first couple of years he called it BrickBay, an obvious reference to the eBay format. eBay got jealous when Dan’s site began to grow in leaps and bounds and made him change his name to Bricklink two years later.

Ten years later and more than 51 million visitors and counting, the business that Dan dreamed has become a reality. There are nearly 200 million websites on the Internet. Dan’s website is in the top 50,000, literally one of the most successful websites in the world. It is still running today and will forever be a living monument to Dan’s vision, his hard work and his brilliant ability to bring together his love of LEGO and his gift with computers.

He was unabashedly generous in his success, donating to many causes including relief to Haiti victims and those devastated by Katrina, and many more. It just speaks to what a compassionate, giving person Dan was.

In closing, let us remember Dan. And let his memory stay with us. A life lived fully, but ending prematurely. His accomplishments impressive, but his potential with so much more to give. We say goodbye to you loyal friend, to you loving son and we know you sleep peacefully now in the arms of our Lord.