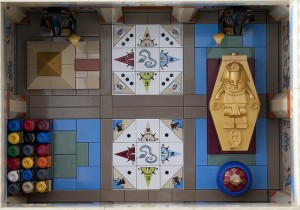 I wanted to share with you this intricately detailed tomb by Peter Shutter. He did an excellent job mixing the old and new Egyptian LEGO themes. (You can click on any of the pictures to see a larger version at Peter’s gallery.)

The first Egyptian related theme by the LEGO Group was under the Adventurers line, released in the late 1990s. These sets were full of beautifully printed bricks. (You may still find these on Bricklink.)

The second wave of Egyptian LEGO sets came out recently, under the name Pharaoh’s Quest

. These sets don’t have such nicely detailed parts, but the minifigs are absolutely gorgeous!

Here is the entrance-hall to the tomb. The floor-mosaic was created using the tiles for the LEGO-dice in the new LEGO Games sets. A simple, yet effective design! 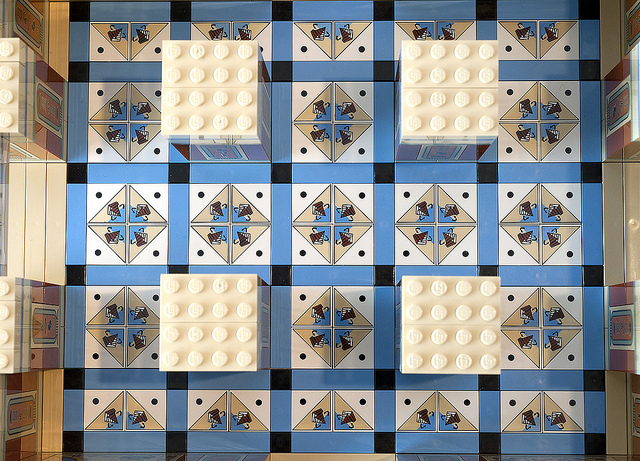 Here is one side of the inner chamber, with more LEGO Games tiles. Standing guard are the Anubis minifigs from Pharaoh’s Quest line. Also check out the tiny pyramid! 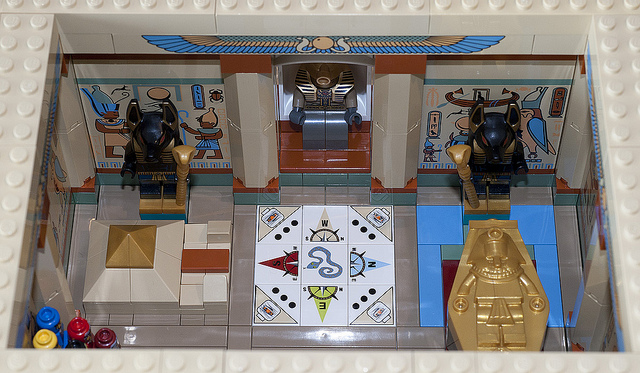 On the other side is the Pharaoh’s sarcophagus, with his internal organs placed in an urn at his feet. At the opposite wall stand the Pharaoh’s minions (also from the LEGO Games sets), ready to serve him whenever he decides to awaken.  Also note the simple yet unique design of the steps! 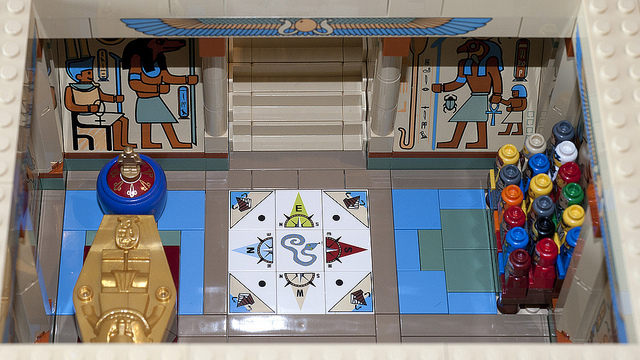 This is one of the best parts! The sarco-drawers! Here is where the mummies of the dead relatives are resting. 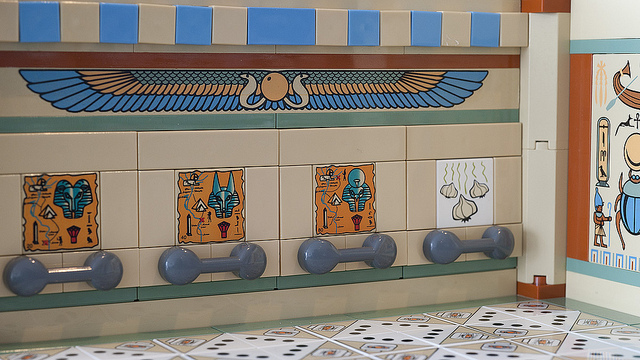 The drawers pull out to reveal the mummies. 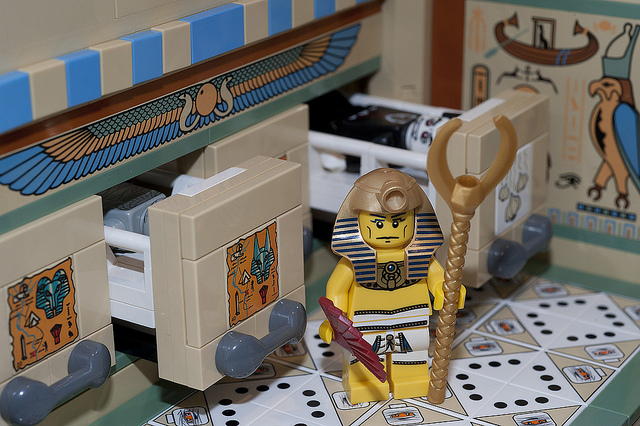 Appearently one of them didn’t mummify properly and turned into a vampire! 😯 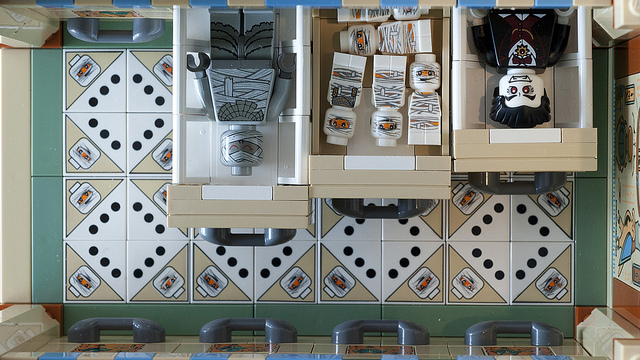