Check out this awesome stop-motion LEGO animation by Oblong Pictures! This was a commissioned piece of work as the official music video for a new song by Printed Circuit.

Chris Salt, the wizard behind Oblong Pictures, says this about the video: “This one took a remarkably long time to make because I had the idea early on that it should be a kind of day-in-the-life thing, and it never occurred to me that doing that would mean that I’d have to build a ton of sets. I mean a ton of sets. Some of them took a day to build and only appear on screen for 3 seconds. I am not the most efficient filmmaker.”

One advantage of spending so long making this video is that there are plenty of behind-the-scenes pictures LEGO-fans can drool over and learn from: 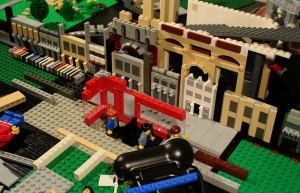 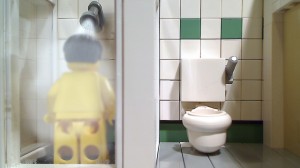 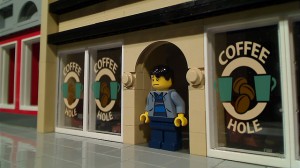 See the full gallery here: Printed Circuit – Behind the Scenes.

You can also check out the other works of Chris, at his website; Oblong Pictures, or his YouTube Channel. Chris also has a separate, behind-the-scenes YouTube Channel with great tips and insights for budding brickfilmers. Enjoy! 😛

Next post: Seriously learning how to play with LEGO