Like many ideas, this one came to me suddenly. I wasn’t even really thinking about anything particular, but it pounced on me and told me that I should write a post about women and LEGO. 🙂 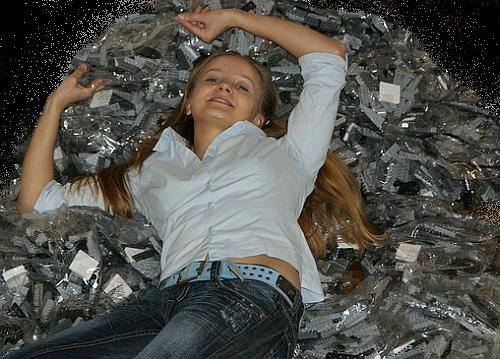 It’s always a hot topic in the LEGO universe. I’m sure this has been examined before, but I felt like presenting my take one it. So for this first part, I’ll share my theories on why women like LEGO and ask for feedback to aid in my research. In the next part, I’m going to share my personal experiences. Then, future post(s) will share the research that I’ve done. This is not, by any means, going to be comprehensive, but it will give a glimpse into why some women play with LEGO. 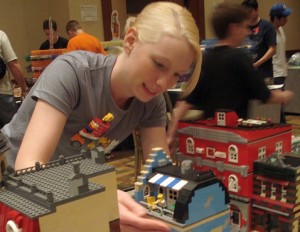 MY THEORIES ON THE WORLD OF FEMALE LEGO FANS

FIRST, THE SOCIAL: I really enjoy interacting with others around, and with, LEGO. I think this is a big draw for many other women too. LEGO is a medium, an activity, in which we gather, discuss, and do. Social groups are a big part in many women’s lives.

It probably has something to do with how we’re wired, but all I know is that the women in my local club aren’t as much focused on building with LEGO as discussing and sharing.I kind of see the LEGO-club much like a book-club or knitting-club. A common activity for bringing women together, but after a while, it’s not necessarily the purpose.  It’s still an integral part, but it’s not the sole focus. 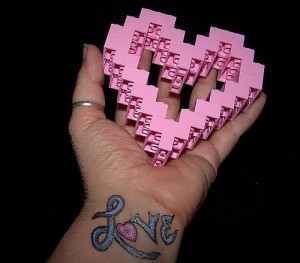 SECOND, THE STORY-TELLING: When it does get to women building with LEGO, I’ve often seen and experienced myself that the focus of building is on the “who” and the “why”. Whereas men tend to focus more on the “how” and the “where” of a creation. These are generalizations and dangerous ground to tread, but remember I am speaking from my experiences and would love to know what others think. 😉

I pull a lot of this from my own building, my husband’s building and what I see at my local club. Men young and old brag of building this or that and how accurate or realistic it is. Women young and old talk more of the characters and the story behind what they’ve built. 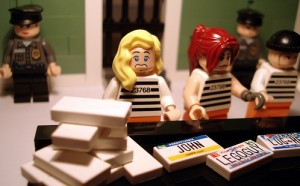 This goes back to LEGO trying to capture the young female audience by creating a separate line that focuses on role-playing. Whether or not they get the product right, the theory behind it seems sound. Women feel fulfilled with creating stories with their LEGO building. 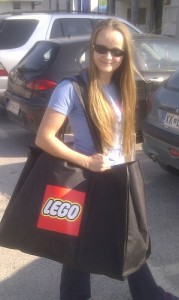 I’ve started talking to other women about why they like LEGO and I’ll be compiling that into a future post. If you want to contribute to this little study, please post in the comments section below. I would like to quote people, so please post whether you are okay with that or not. If you do not indicate one way or the other, I will assume that you do not want me to quote you directly.

Also, if anyone knows of someone else who’s done this same thing, please post links to the articles/blogs. I’d really be interested to know what has already been done on this topic. 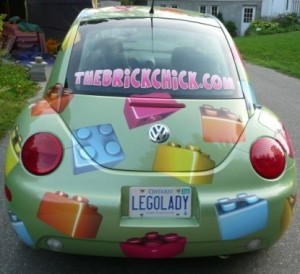 TheBrickChick.com Car of Jenn Wagner, (aka. “The Brick Chick”)

Next post: The world of female LEGO fans – PART 2

Previous post: Cute LEGO minifigs… hm… are you sure???