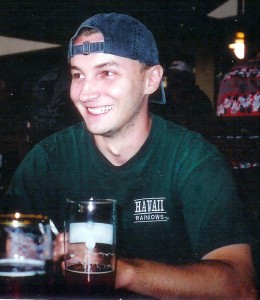 It was exactly one year ago, on September 24th 2010, when Daniel Jezek, the visionary and founder behind BrickLink, tragically passed away. He was only 33 years old.

In memory of Dan’s life and accomplishments, and to connect with BrickLink members on this day, his family posted the following message. (You can read the original post here: Daniel Jezek – One Year Later)

To the BrickLink.com Community:

September 24, 2011 marks the one-year anniversary of our son Daniel’s death. What he conceived of 12 years ago as a website that facilitates the exchange of LEGO is still going strong today. With your help, we intend to continue what he began. Dan would have it no other way. At the time of his passing, some 50 million visitors had stopped by BL for one reason or another. That number is now 75 million and counting. Dan’s dream continues to grow and we will be adjusting to accommodate that growth and insure the BrickLink experience remains one that all members – buyers and sellers – can depend on as both positive and productive.

Dan just wanted to build a site where people could talk about and trade their LEGO. That’s all. If BrickLink.com still seems like that to you, he succeeded.

Following Dan’s legacy, Eric Smith, of Northstar Computer Systems, has continued admirably with the administrative duties required in the day-to-day operation of BrickLink.com. At our direction, Eric is currently involved in expanding the server hardware to allow the site to keep up with increased user demands. In addition, he has begun work on a new and improved web site that will allow for future enhancements as well as increased security for our valued users.

We also thank the many volunteer administrators who make BrickLink a true community and one that reflects participation from across the globe.

Please, if you can, take a minute to think of Dan Jezek today. Although he preferred anonymity that caused many of you to interact with him only briefly, the membership of BrickLink.com was always on his mind and his highest concern. He would certainly be proud and elated that so many continue to visit and that so many new members are drawn to his website. We only wish he’d lived to learn of the many ways he touched the worldwide LEGO community during his time with us.

His dream, your community. Thanks to you all.

Visiting BrickLink for the first time is always an exciting feeling for LEGO fans. With all the LEGO sets, parts, catalogs and accessories available from all over the world, it is like a dream coming true!

As LEGO-fans we owe immense gratitude to Daniel Jezek, and also to his family, friend and all the hard-working volunteers of BrickLink who are continuing to keep his legacy alive. Rest in peace, Dan!