If you like the LEGO Batman universe, if you follow the adventures of the dynamic duo, if you like the films, cartoons or games dedicated to Batman, here is your chance to show your affection to the LEGO Batman theme. And not only that, you can also win some valuable prizes! Interested? Then check out this LEGO contest over at Eurobricks! 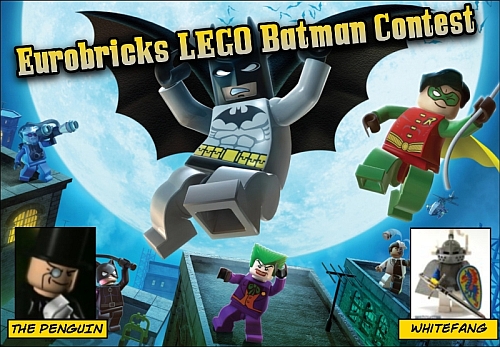 ➡ THE CHALLENGE: There are two categories to choose from:

➡ THE DEADLINE: November 29th, so you have quite some time to work on your entry!

➡ THE RULES: There are detailed set of rules for both categories. You can read them here: Batman LEGO Contest Rules. Read them carefully to make sure your entry doesn’t get disqualified.

If you are interested to enter you may also want to read: Tips for Winning a LEGO Contest. And if you feel like this contest is not for you, here is a list of other LEGO contests going on right now. You will surely find something that’s just right for you! 😉