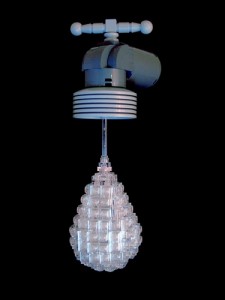 Let’s face it, making realistic looking LEGO water is tough.  And a blue baseplate just doesn’t look as good as you might want. So what do you do? Well hopefully this post will help you next time you want your minifig to go for a swim.

This is one of the simpler LEGO water techniques, all you have to do is turn the LEGO bricks… sideways. Two great examples of SNOT water are Fort McHenry by Blake Baer, and Omaha Beach D-Day by Milan CMadge. 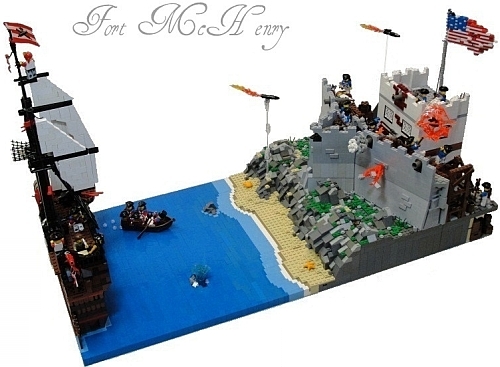 If you have enough, you can use translucent 1×1 studs to give your LEGO water a sense of movement, like a mild river or something. Examples are Afghanistan River Fording by Chandler Parker, and Oasis by Nannan Zhang and The Legohaulic. (If you haven’t seen Oasis yet you should definitely check it out.) 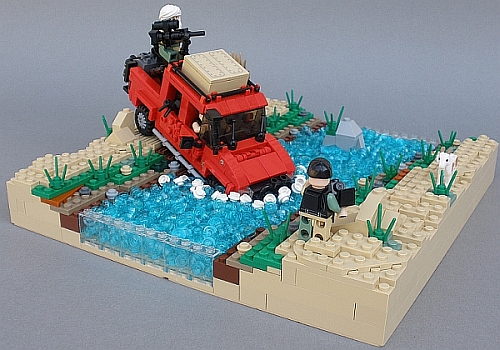 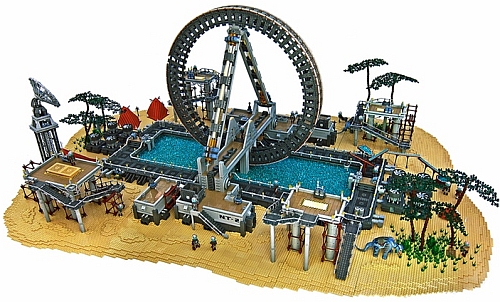 If you have enough translucent blue tiles you can make fairly believable LEGO water. This looks MUCH better than just a plain blue baseplate, and many people use this technique. For example, it is used in Pirates’ Remorse by Thoy Bradley; notice how he put darker LEGO pieces underneath the translucent tiles to make the water look deeper in some areas, and used 1×1 translucent studs for bubbles. 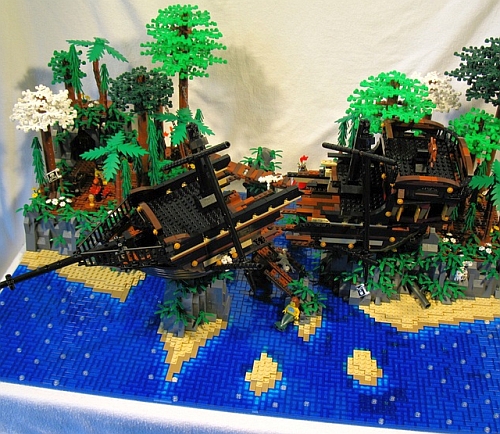 This technique is also in Raid of Scone by Blake Baer; he used the same method but put some of the pieces in only halfway, giving it a bit of a wavy look. And check out MicroScale Island by Eggy Pop; his MOC show again that when building LEGO water the closer to shore you get, the lighter color the pieces need to be. 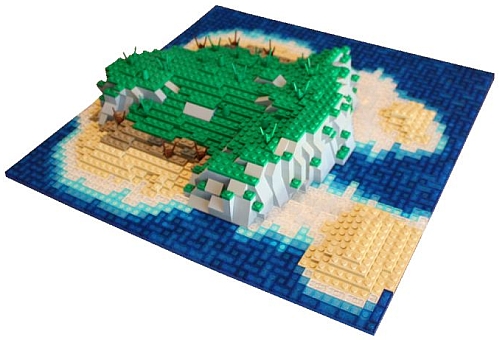 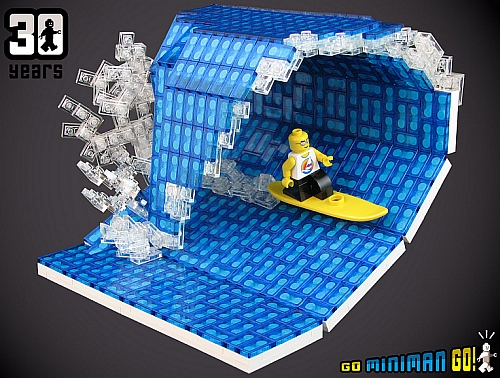 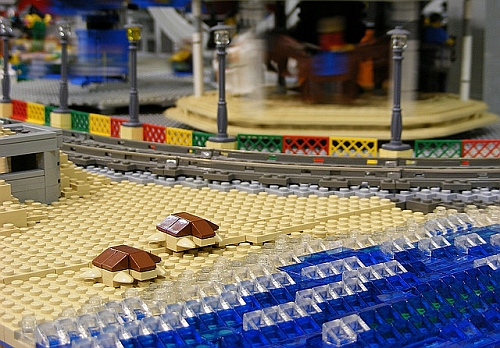 Another rule of thumb for making LEGO water is when water isn’t in a collected mass – like when building waterfalls or tips of waves – to have clear (or white) pieces instead of blue translucent pieces, making the water look frothy. Here is another example of the cheese-slope technique; Waterfall Landscape by Thoy Bradley. 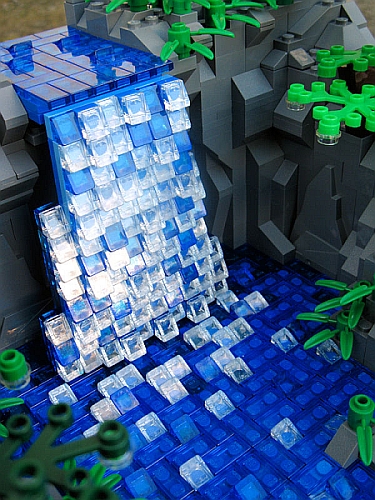 The final LEGO water technique is my favorite and (in my opinion) the most realistic; put a layer of translucent clear plates on top of a layer of blue bricks – just that easy! Here are some examples: Amon Hen by Blake Baer and Jake Bittner, and Hurricane Irene also by Blake Baer. 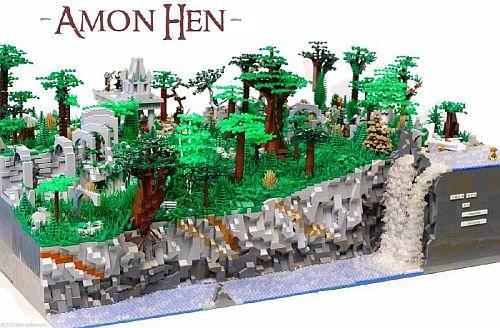 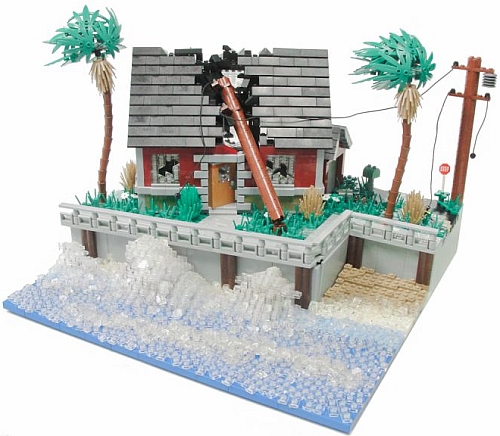 Now the way to get the best results with all of these LEGO water techniques is finding the balance of mixing them together; for example by mixing translucent blue tiles with translucent cheese-slopes like in Swans Landing by Jason Railton. Notice how he added a few studded pieces to give the water a bit of a ripple behind the swan. 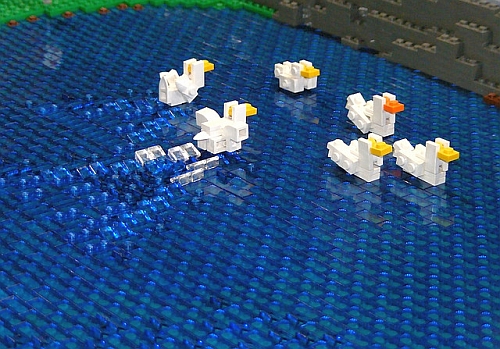 Or perhaps the mixing of the SNOT technique and translucent plates technique like in UAP Outpost 3 by Grant W. 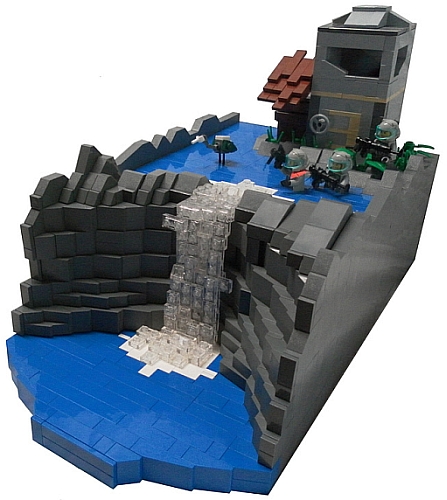 Anyways, try a few of these techniques out and see what you’re most comfortable with. Also check out these other techniques for ideas (click on any of the  pictures to take you to the creator’s own gallery). 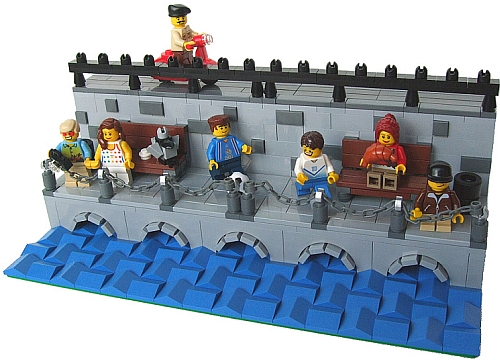 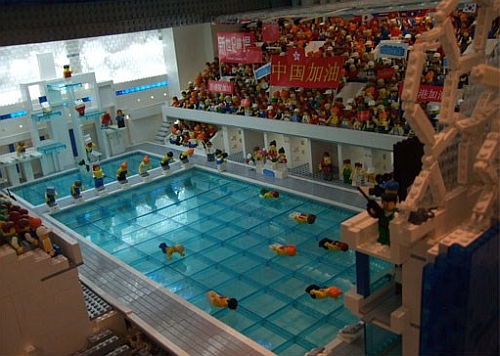 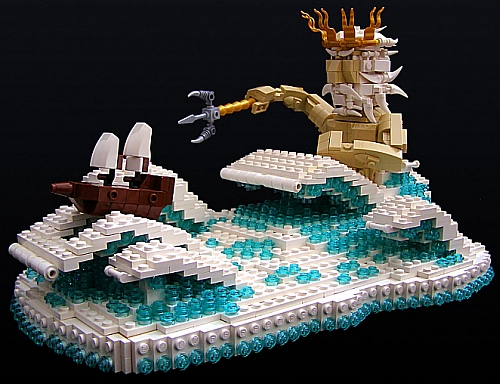 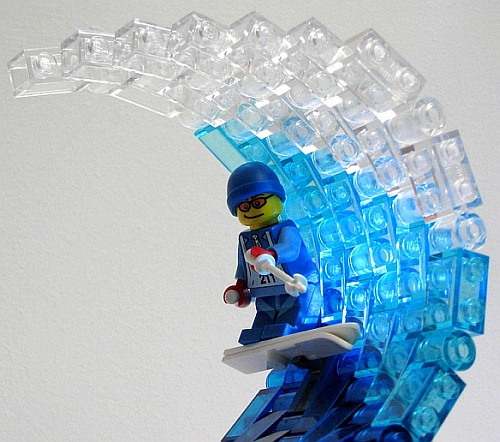 I hope you learned a little bit about making LEGO water and that you might try out some of these techniques. Oh, and if you have any other good LEGO water techniques make sure you put a link in your comment. Thanks.

UPDATE: Many of the creators featured in this article hosted images of their LEGO projects on MOCPages.com, a LEGO image sharing site that no longer exists. Thus, we had to remove broken links leading to their galleries. However, to pay proper tribute to these wonderfully talented LEGO fans, we continue hosting images of their beautiful creations.