Children growing up in the last half of the last century had a choice of toys and other activities which had grown exponentially since the days of their grandparents. Mass production and the entrepreneurial spirit meant that novel products appeared on the market with monotonous regularity. Many of them were nine-day wonders, quickly consigned to the bottom of the toy chest and now only seen in obscure toy-museums. Among them, however, was a small and elite contingent of toys which went on to become icons of childhood. And few enjoyed that status to the extent that LEGO did. 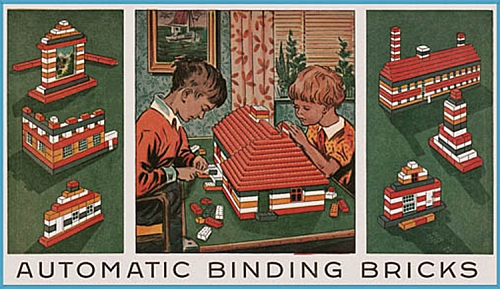 The LEGO Automatic Binding Brick boxes of 1949-52 all had this same box top design. These were sold only in Denmark, and briefly in southern Sweden.

For millions of kids – boys especially but not exclusively – LEGO was the first toy they demanded themselves. What boy in the last fifty years hasn’t demanded LEGO, LEGO and more LEGO from the age of about five? 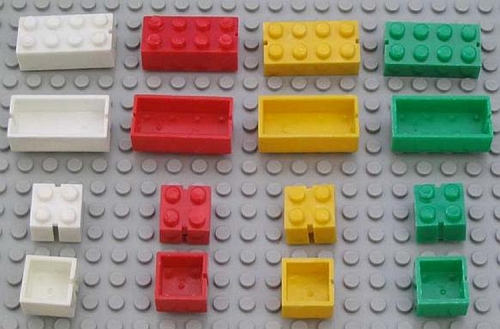 LEGO had everything: it was simple, durable and endlessly versatile. From a handful of simple blocks, a child could build anything: the only limit was his imagination. And as he exercised that imagination, the sky was the limit. Literally. Because those simple shapes did not impose any final result; there were no instructions and no “right way” to assemble the LEGO blocks.

Today, LEGO has changed. The basic simple blocks are still around, but every year it’s harder to find them except in the form of a kit with instructions for building specific shapes. And they come with an ever-increasing range of specialized pieces, character pieces and a growing palette of colors. These days a LEGO kit is likely to come with step-by-step instructions on how to assemble the pieces for a very specific outcome. LEGO still provides valuable practice in dexterity and requires the new skill of following instructions. But does it still exercise the imagination?

Susan Linn thinks not. Linn is an instructor in psychiatry at Harvard Medical School and author of The Case for Make-Believe: Saving Play in a Commercialized World. In a 2009 interview, she warned that the trend towards structuring children’s play was stifling creativity. She sees the decline in imaginative play for children as a spiral driven by corporate profits. Children who play creatively, says Linn, are just not as dependent on the franchise-driven toys sold by big corporations.

Many would argue that LEGO fell into this trap when it first entered the franchise game with the introduction of its Star Wars line in 1999. At the time there was fierce opposition within the country, as Charles Fishman recounts. But in fact the change had come much earlier with the introduction of themed sets: the town, farm and space-oriented sets were still versatile, but it was a first step towards the narrowing of the universe the child imagined when he opened the box. Since then the range of kits designed to build just one, very specific model has expanded, all the way to the LEGO Boeing Dreamliner. 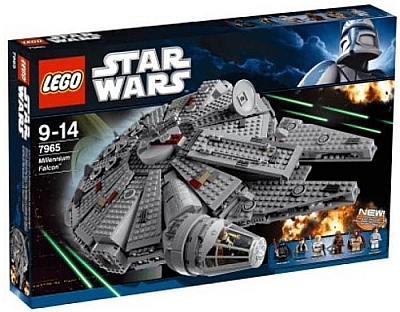 There’s no disputing that LEGO today brings more pleasure to more children than ever before. It is still one of the most iconic toys of all time. However it’s unlikely that today’s ten-year-olds will save their LEGO kits to pass on to their children, as many of their parents and even grandparents did. It’s hard to imagine a ten-year-old in 2035 spending much time with the LEGO Boeing. 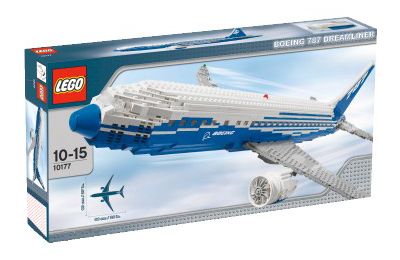 The great genius of LEGO at its launch was the unlimited number of permutations which could be derived from a handful of geometric pieces in just two colors. It provided an endless horizon for the imagination of the child. As media and big corporations conspire, perhaps not intentionally, to limit and steer every choice made by a human being from a very early age, has LEGO also become an accomplice in narrowing the world of the child’s imagination? What do you think? 😕