REVIEW & CONTEST – WIN YOUR VERY OWN COPY! Today I would like to show you a new book for LEGO Star Wars fans from DK Publishing called the LEGO Star Wars Character Encyclopedia. I have just received mine in the mail yesterday and I was blown away!  (And yes, you can win your very own copy – read on to find out how!) 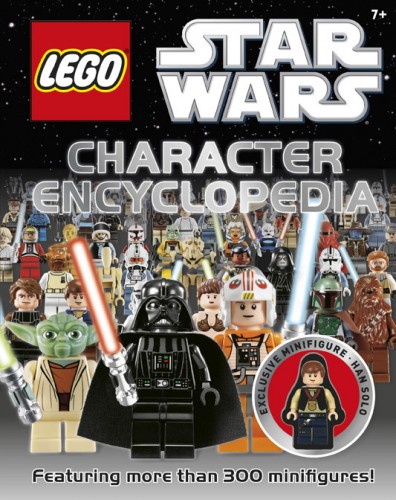 Let me give you the official description first and then I will go into details. Here is the publisher’s blurb about the LEGO Star Wars Character Encyclopedia. Check it out:

DK Publishing is bringing two of the world’s most popular properties together again in a fun, chunky format that kids and adults are sure to love! This illustrated encyclopedia features in-depth profiles showing interesting and never-before-seen elements of all your favorite LEGO Star Wars minifigures.

With more than 400 captivating images and tons of fascinating facts, the LEGO Star Wars Character Encyclopedia is sure to keep both LEGO lovers and Star Wars fans reading for hours!

And now my thoughts on the LEGO Star Wars Character Encyclopedia: I can tell you right now; this is one of those books that is just a pleasure to flip through, look at, and immerse yourself in. The book is big and beautiful! The hardcover and thick glossy pages ensure that this book can indeed be used as a frequently thumbed-through encyclopedia! 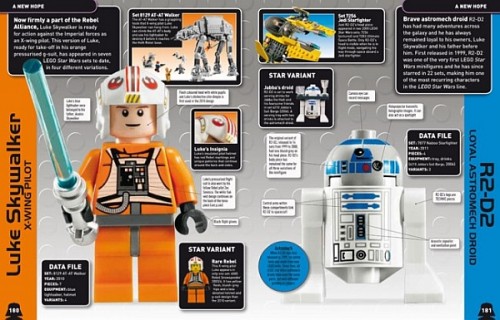 Every page is filled with brilliant color pictures and fun facts about each of the LEGO Star Wars minifigs. And to top it all off, the book includes an exclusive Han Solo minifigure inserted in the front cover! 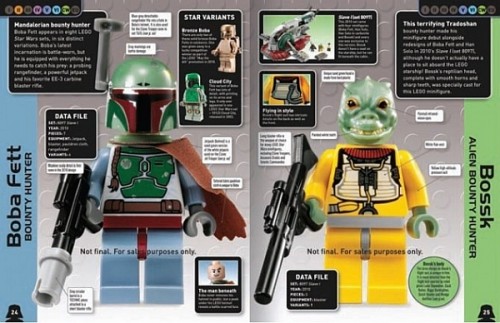 The layout and the organization of the book is excellent! The publisher and authors (Hannah Dolan with Elizabeth Dowsett, Shari Last and Victoria Taylor) definitely put a lot of thought into the presentation of each LEGO Star Wars minifigure; 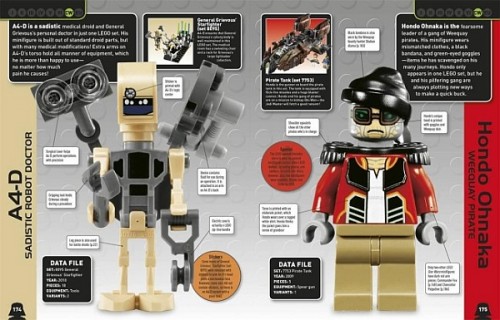 There is also a detailed description of the Star Wars characters, and lots of interesting and fun facts about both the Star Wars character and the LEGO minifigure version. Data File boxes on every page detail a minifigure’s most recent set number and name, the year that set was released, the number of LEGO pieces from which the minifigure is made, any equipment or weapons it carries, and its number of variants. 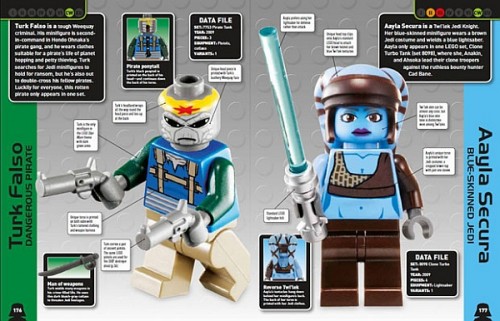 At the back of the book there is a detailed Index that lists each minifigure featured in the book alphabetically, along with its page number to help you find your favorites. There is also a reference number of every LEGO set in which the minifigure has ever appeared. This included all the variants of the minifigures. 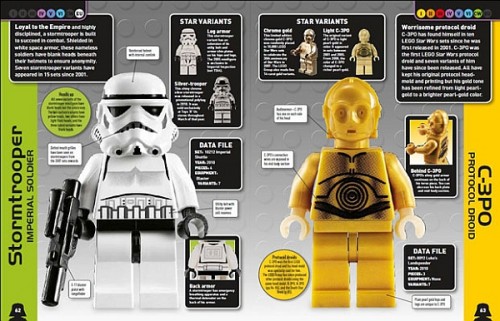 Every LEGO Star Wars minifigure -whether they are celebrated heroes, humble droids, or virtually identical clone troopers – that appeared in the LEGO Star Wars universe up to this point is included in the book; even the obscure and very limited event-specific ones. 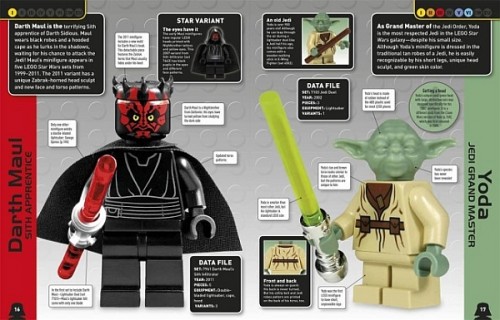 ❗ You can check out the book at the publisher’s website here: LEGO Star Wars Character Encyclopedia.

And you may also watch the video-review by Stephen from the Brick Show:

And now about the LEGO contest and winning your very own copy of the LEGO Star Wars Character Encyclopedia! 😛

DK Publishing was kind enough to set aside for our readers three copies of both the LEGO Star Wars Encyclopedia and the LEGO Ideas Book for a little contest and fun. See my review on The LEGO Ideas Book with the second contest. The third contest is at theBrickBlogger’s Facebook Page. Yes, you can enter all three contests! Here is how the contest works:

➡ HOW TO ENTER: To enter the contest simply complete the following 3 sentences in the comment section below:

➡ WHAT ARE THE RULES: Nothing difficult; just complete the sentences. Keep common-sense courtesy and manners otherwise your answers can be as serious or funny as you want! Have fun!

➡ HOW TO WIN: Contest will run from now until Sunday, November 27th at midnight US EST. Once the contest is closed I will ask my little sister to pick a number between however many comments are there. (So if there are 100 comments I will ask her to pick a number between 1 and 100. Don’t worry; she is old enough to know her numbers!) Whichever number she picks is the winning comment.

➡ WHAT YOU WIN: The winning commenter will receive two books: the LEGO Star Wars Character Encyclopedia, and The LEGO Ideas Book. 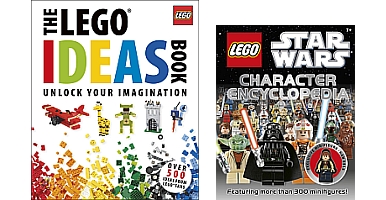 ➡ HOW TO RECEIVE YOUR PRIZE: If you are the winning commenter I will contact you by email. Please make sure your email address in your comment is correct! You send me your shipping address (no PO Box please) and DK Publishing will send you both LEGO books!

Good luck and may the Force be with you! 😉