THE ADVENTURE IS COMING TO AN END…

You may have heard by now the LEGO Group’s recent announcement that it will close LEGO Universe early next year. This has been quite an unexpected move and a shock to many LEGO fans who followed the development of this project. Here is the announcement on the LEGO Universe site:

We are very sad to announce that LEGO Universe will be closing on Janurary 31, 2012. This was a very difficult decision to make, but unfortunately LEGO Universe has not been able to attract the number of members needed to keep the game open.

We are thankful to have had the opportunity to share this adventure with an amazing community of players. We hope you will continue to enjoy LEGO Universe for the last few months. As a thank you, if you are a paying subscriber on December 31, 2011, we will provide you the full game for the final month for free. Click here for the details.

Again, we want to thank the fantastic community of players who made LEGO Universe such a vibrant, fun and creative experience.

(You can discuss this article on the message boards)

And here is the official press-release, basically saying the same thing but in more (painful) detail:

November 4, 2011 – The LEGO Group today announced that it will close LEGO Universe, an MMOG (massively-multiplayer online game) that has been in operation since the autumn of 2010.

In spite of very positive player feedback and a large number of players in the free play zone, it has not been possible to convert a satisfactory number of players to paying subscribers. It has therefore been decided to close the game as of January 31, 2012.

“The LEGO Universe team can take pride in having developed and launched a great LEGO experience that many players will miss,” said Jesper Vilstrup, Vice President, LEGO Universe. “Right now, we have almost 2 million players in LEGO Universe, and we get extremely positive feedback from players. Unfortunately, we have not been able to build a satisfactory revenue model in our target group, and therefore, have decided to close the game.”

Despite the change, the ambition to develop and run a digital business remains. In future, it is the intention to further pursue cooperation with partners. The LEGO Group has a strong and continuing partnership with TT Games & Warner Bros. Interactive Entertainment to create digital LEGO experiences within video games. A further expansion in the digital area will mainly be based on similar partnerships.

“The development of our digital offerings continues to be a very important element in our strategy,” said Mads Nipper, Executive Vice President, LEGO Group. “We have more than 20 million visitors on www.LEGO.com every month, and LEGO video games are among the bestselling children’s video games with sales of more than 60 million units in the last five years. Through our experience developing and running LEGO Universe, we have gained a lot of valuable insights, and we have a very strong foundation for future development in the digital area.”

As a consequence of the closure, the LEGO Universe staff has today been informed that the ‘Play Well Studios’ in Louisville, Colorado and the game’s marketing function in Billund, Denmark will be closed. This will affect 115 employees. All affected employees will be offered assistance in finding new jobs inside or outside the LEGO Group.

The sad part is that many LEGO fans have seen this coming. The initial high price and monthly membership fees were a really bad marketing plot. And although recently LEGO opened up the LEGO Universe free-play zone, it was too late too save the project.  🙁 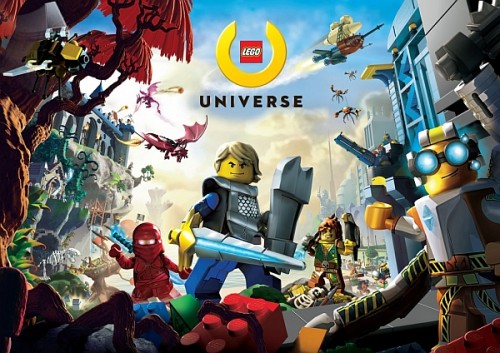 In addition the game was targeting LEGO fans, most of whom prefer to play with real LEGO bricks. MMOG-type games require great dedication and investment of time and are usually played by hard-core nerds (no offense intended). LEGO fans are just not the right crowd for these types of games. 😐

It is also terrible how many LEGO Universe developers and staff are loosing their jobs over this. My heart goes out to them and hope they will find other employment soon…