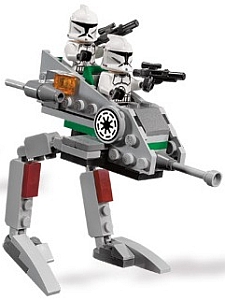 LEGO has also stepped up its attention to detail with both the battle-packs as well as other LEGO Star Wars sets. Most minifigs now have both front and back torso-printing, and helmets and other gear are also more detailed. If you are a LEGO Star Wars fan, this is a great time to boost up your armies! These minifigs are truly beautiful and the price for each set is not bad! Below is a list of currently available LEGO Star Wars battle-packs:

➡ #7913 LEGO STAR WARS Clone-Trooper Battle Pack – Build up your team of clone-troopers! Includes ARF trooper, 2 bomb-squad troopers, clone-trooper with green markings, weapons, and a BARC speeder. This set was released in 2011, but if you haven’t gotten it yet – and you are a Star Wars fan – I highly recommend you do! The minifigs in this set are really sweet! Price: $12.99 – BUY HERE 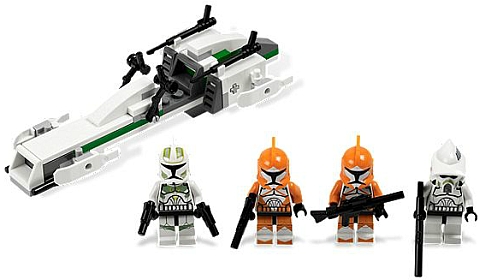 ➡ #7914 LEGO STAR WARS Mandalorian Battle Pack – Take the battle to the Clone Army with the Mandalorian assassin and 3 Mandalorian trooper minifigures, each with their own unique weapon. This was one of the most anticipated Star Wars sets of 2011; not one, not two, but four blue Mandalorians! Much liked by LEGO Star Wars fans. A small speeder-bike is also included. Price: $12.00 – BUY HERE 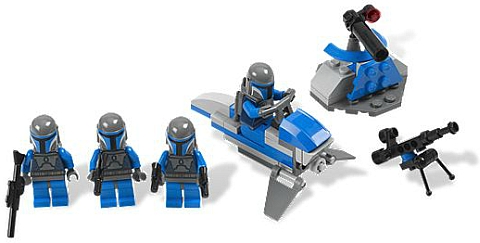 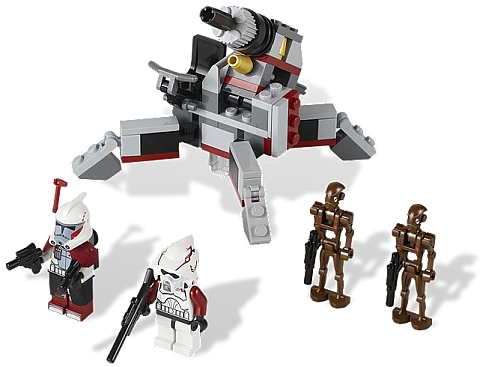 Here is a close-up view of the minifigs.  Look at that leg-printing on the ARC trooper! LEGO really outdid themselves this time! 😛 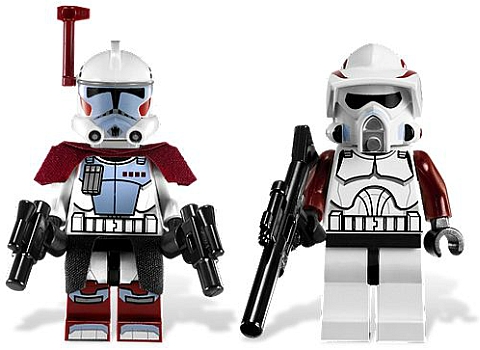 ➡ # 8489 LEGO STAR WARS Endor Rebel Trooper & Imperial Trooper Battle Pack – Defend Endor against the Imperial forces in the Rebel hideout! Included are 2 rebels, 2 Imperial troopers, and a speeder-bike. Finally some rebels without having to buy the Battle of Endor set! I really like the rebels as they are a closest LEGO would probably ever get into producing modern military minifigures. So yeah, enjoy all the camo! Also, please note that in the 2012 sets Imperial troopers have a printed face instead of just an all black head. Price: $12.00 – BUY HERE 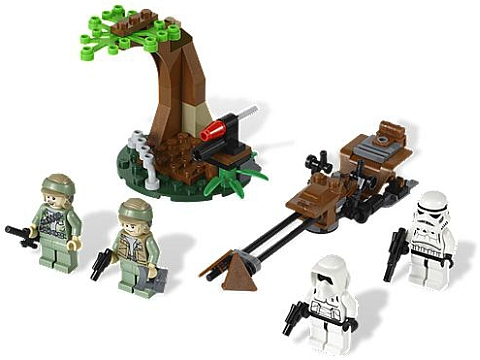 The following two sets are somewhat larger than the standard battle-packs (therefore the slightly higher price), but I would still consider them great army-builder sets, and basically the same as battle-packs with four minifigs and a bit more extras. 🙂

➡ #9490 LEGO STAR WARS Droid Escape – Land the escape-pod and hide from the Imperial troopers! Help C-3PO and R2-D2 take the secret Death Star plans to Tatooine before the Imperial troopers can catch them!  Included are the 2 droids and 2 sandtroopers. Please note the new, more movie-accurate C-3PO, and the nicely detailed dirty troopers! The escape-pod is also pretty sweet. Price: $19.99 – BUY HERE 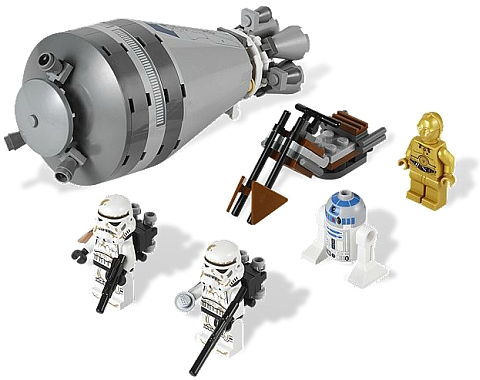 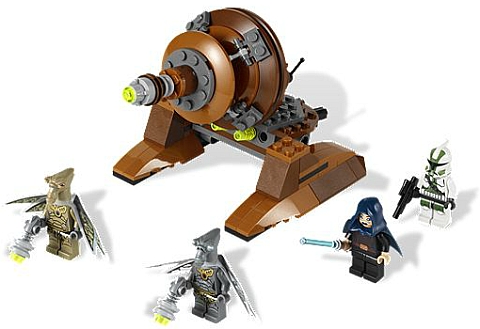 Please note that although all of these battle-packs are currently available on LEGO’s website, the ones released in 2012 won’t ship until the end of January. However they are available for pre-order. To reward you for your patience, when you pre-order any of the 2012 LEGO Star Wars sets you will also receive an awesome 24 x 32 inch LEGO Star Wars poster. 😉 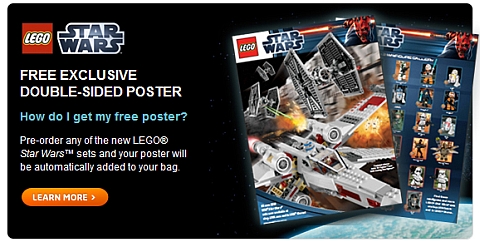 To see our posts on other 2012 LEGO Star wars sets, check here:

Next post: LEGO video with a sweet story to tell…