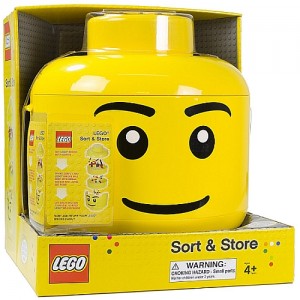 Over the years, LEGO has released a wide range of LEGO storage containers. Some feature their logo sculpted into the container while others use LEGO baseplates for their lids. Still others are little more than plastic containers with stickers on their sides.

Recently, a new product has entered the market. It has the appearance of a large LEGO minifigure head and claims to both sort and store your LEGO pieces. By far, this makes it look like one of the most unique LEGO storage accessories in quite some time. The question remains, is it worth it?

➡ WHAT THE LEGO STORAGE HEAD COMES WITH

Let’s start off by examining all the pieces of the LEGO storage head. This will give you a better idea how it all works and allow you to see details that you may miss in the store.

➡ HOW THE LEGO STORAGE HEAD WORKS

Pick up the entire unit and gently rock the LEGO head around. Make sure not to shake the unit since this will decrease the effectiveness of the filters. You may add additional pieces to the LEGO head and repeat the process several times.

Once the LEGO head has finished sorting, you may unclamp the top of the head and un-stack the trays. Pieces should be sorted into one of three main compartments. The largest pieces should be up top while smaller elements will be lower down.

As you can imagine, there are some problems with this sorter. LEGO has such a wide variety of elements that you’ll often find large elements that are skinny slip down to lower levels. Also, there is no guarantee to get all the same elements on the same level. 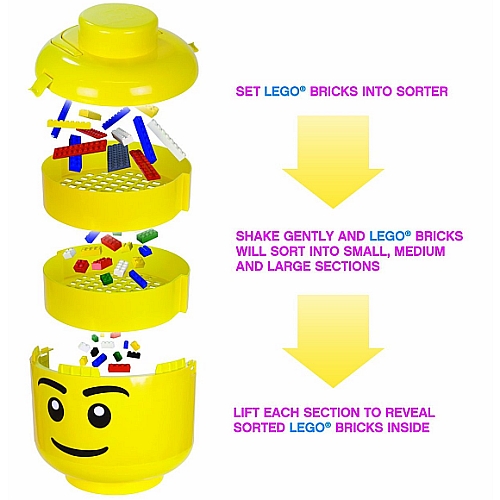 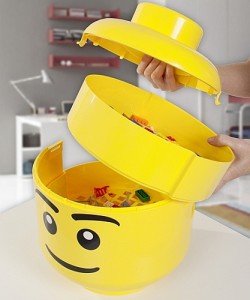 Ideally, this works the best for sorting out basic elements like bricks. For this reason, the sort feature on this unit is especially nice for play situations. For instance, you have a variety of unsorted pieces that you want to play with. Put them in the LEGO head and you instantly have a rough separation of small elements, medium elements and large elements. A more detailed builder will most likely not find this very useful.

As stated before, this unit will be most effective with basic elements. However, if you want to have a bit more versatility in how this is used, you can try the following methods to get more out of the LEGO head.

The LEGO storage head will definitely be a bit more collectible than other LEGO storage units. However, this should not be your only reason for purchasing this item. As it stands, full retail price does seem a bit much. It is my recommendation to get it when the price drops below $30.

If you would like to read more about LEGO storage solutions check here: