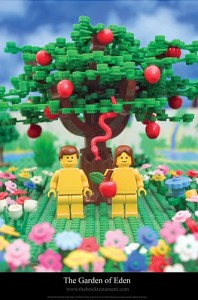 The LEGO Bible originally started out as a project by Brendan Powell Smith in which Bible stories are illustrated using still photographs of LEGO dioramas. Brendan has been sharing his LEGO Bible creations since 2001 on his website; thebricktestament.com. It originally featured six stories from the book of Genesis and expanded from there. The site now contains over 400 illustrated Bible stories from both the Old and New Testaments, and over 4,500 images of LEGO Bible dioramas, and it continues to grow as an ongoing one-man labor of love. 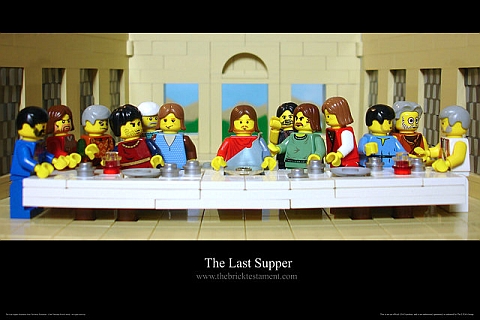 Although you may have trouble finding the earlier books, The Brick Bible: A New Spin on the Old Testament is available. Below is the official video introduction to this very different LEGO book.

The controversy over the LEGO Bible comes from how the Bible stories are presented – or rather – by people’s assumption of how they should be presented. Seeing an illustrated Bible (especially one that contains LEGO) most people automatically assume it is for children, buying it for their kids and grandkids, only to find out it is not a LEGO book for young readers.

Brendan warns that the original Bible contains material some may consider morally objectionable and/or inappropriate for children, and clearly labels stories in the LEGO Bible that include nudity, sexual content, violence, and cursing (although only in LEGO form). 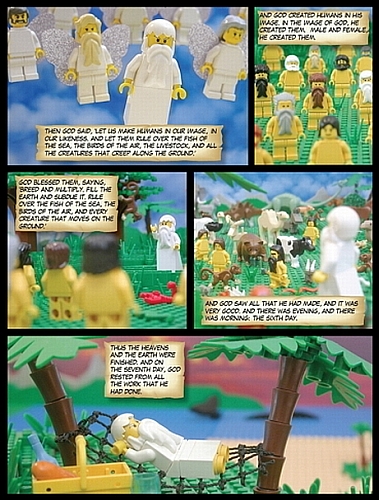 Another feature of the LEGO Bible some take issue with is presenting Bible stories as they are. No watering down, no hiding the (to our modern mind) disturbing details, or explaining them away. Whether you are a Christian or not, Brendan’s presentation makes you stop and think about what you are reading, and take time to process the information for yourself.

Brendan shares that his goal with the LEGO Bible is to give people an increased knowledge of the contents of the Bible in a way that is fun and compelling while remaining true to the text of the scriptures. To this end, all stories are retold using direct quotes from the Bible. It’s a great read for adults who are interested in the Bible, appreciate excellent LEGO creations, and love illustrated books. It is really a one-of-a-kind, totally unique LEGO book all the way! 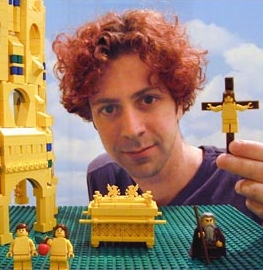 There are also some particularly interesting details for LEGO fans: the dioramas seen in the LEGO Bible are created from Brendan’s personal LEGO collection; the pieces come from hundreds of LEGO sets dating from the 1960s to the present. In the few instances where alterations are made to LEGO elements, they are generally simple changes made with a hobby knife or permanent-ink marker. An example alteration is God’s hair: Brendan made God’s white hair by carving a white LEGO helmet piece. The only completely non-LEGO part is the background sky. 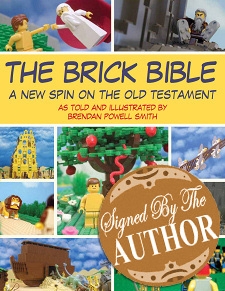 I don’t think anyone can appreciate this LEGO book as much as LEGO fans! We are not just reading the stories and looking at the pictures, but see deeper into the creative LEGO building techniques, see little details those not familiar with LEGO would likely never notice and can appreciate the tremendous amount of work that goes into a project like this. Below are the links to the Amazon listings, if you would like to take a look:

Previous post: Preparing your LEGO Users Group for a show