LEGO Lord of the Rings – the bad-guys…

LEGO has recently updated the LEGO Lord of the Rings website with bios of the bad-guys! There is still not a whole lot on the site, but you can read a bit on all of the main characters. Previously only the good-guys were listed, and I have posted about them here: LEGO Lord of the Rings – the Good Guys. In case you have trouble reading the small text on the pictures, the same description can be found below them. Enjoy! 🙂

➡ LEGO LORD OF THE RINGS – GOLLUM: 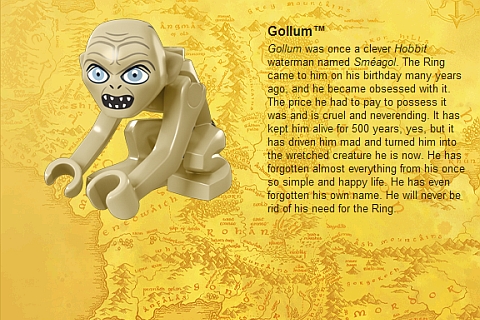 Gollum was once a clever Hobbit waterman named Sméagol. The Ring came to him on his birthday many years ago, and he became obsessed with it. The price he had to pay to possess it was and is cruel and never-ending. It has kept him alive for 500 years, yes, but it has driven him mad and turned him into the wretched creature he is now. He has forgotten almost everything from his once so simple and happy life. He has even forgotten his own name. He will never be rid of his need for the Ring.

➡ LEGO LORD OF THE RINGS – WRINGRAITH: 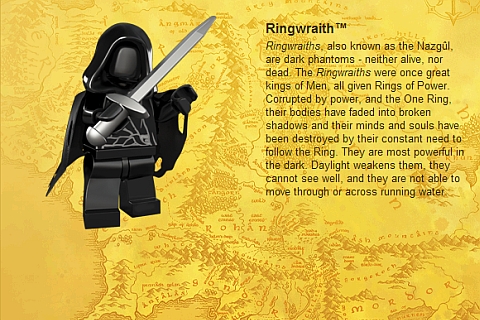 Ringwraiths, also known as the Nazgûl, are dark phantoms – neither alive, nor dead. The Ringwraiths were once great kings of Men, all given Rings of Power. Corrupted by power, and the One Ring, their bodies have faded into broken shadows and their minds and souls have been destroyed by their constant need to follow the Ring. They are most powerful in the dark. Daylight weakens them, they cannot see well, and they are not able to move through or across running water. 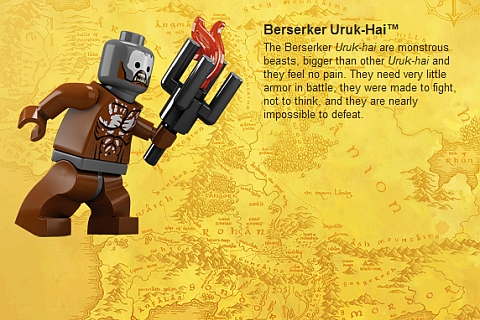 The Berserker Uruk-hai are monstrous beasts, bigger than other Uruk-hai and they feel no pain. They need very little armor in battle, they were made to fight, not to think, and they are nearly impossible to defeat. 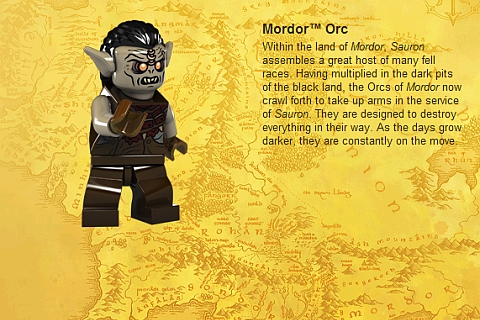 Within the land of Mordor, Sauron assembles a great host of many fell races. Having multiplied in the dark pits of the black land, the Orcs of Mordor now crawl forth to take up arms in the service of Sauron. They are designed to destroy everything in their way. As the days grow darker, they are constantly on the move. 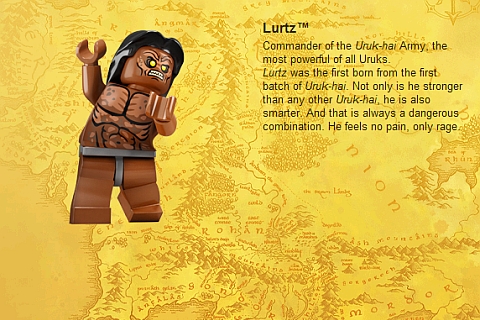 Commander of the Uruk-hai Army, the most powerful of all Uruks.
Lurtz was the first born from the first batch of Uruk-hai. Not only is he stronger than any other Uruk-hai, he is also smarter. And that is always a dangerous combination. He feels no pain, only rage.

I’m very excited about the LEGO Lord of the Rings line coming out this summer! What about you?

You can learn more in the LEGO Lord of the Rings section, or check below:

And if you would need to brush up on your Lord of the Rings knowledge before the LEGO sets come out, you can pick up Lord of the Rings in both book and DVD form on Amazon. Shipping is free over $25, and there is no tax to most states. See some of the listings below:

Previous post: LEGO Architecture series – vote for the next!