As you probably know already; the LEGO SUPER HEROES website for DC Universe has been up and running for some time. (It is actually quite fun, you should check it out at DCUniverseSuperHeroes.LEGO.com.) 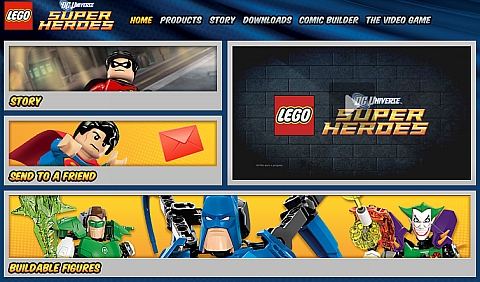 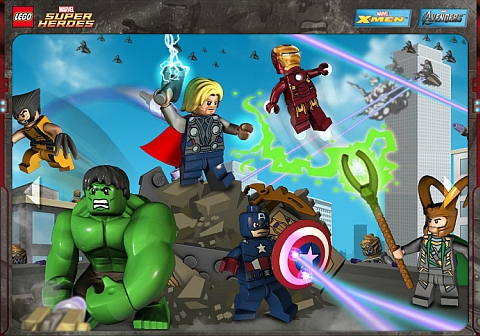 You can click on each of the characters to reveal their strength-card. Here is Hulk’s – not much brain but lots of strength. 😀 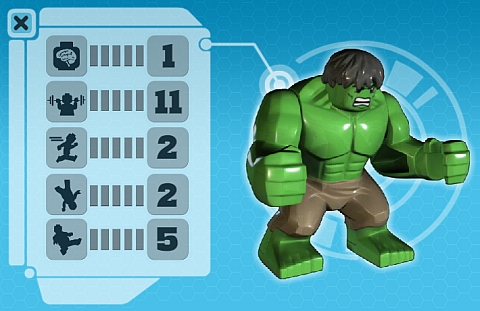 Iron Man – on the other hand – is full of brains; presumably that is why his helmet is so huge! (I know LEGO will be teased about Iron Man’s helmet forever and ever.)  🙄 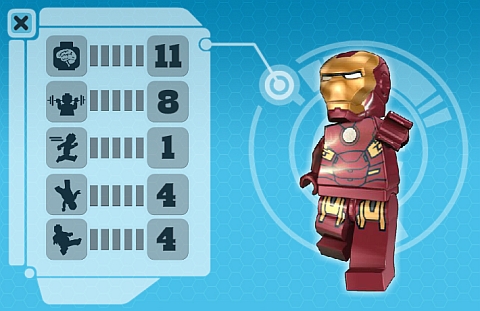 Here is awesome Captain America’s strength-card, and you can also check out the other characters’ strengths like Thor, Loki, Wolverine, Deadpool, etc. by visiting MarvelSuperHeroes.LEGO.com. 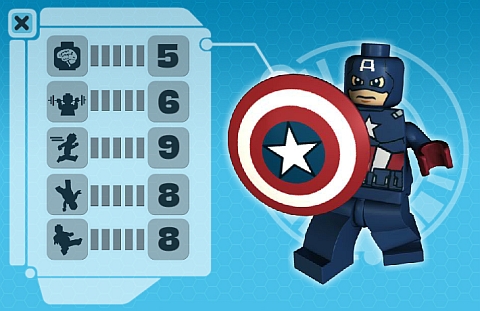