(Written by Richard from Denmark)

Recently I had the pleasure of chatting with LEGO minifigure designer Chris Bonven Johansen at LEGO WORLD 2012. I told him that I’m a collector of mainly LEGO Star Wars minifigures, which he has been designing for the past seven years.

Sorry, this is not my best picture, but it shows Chris signing the LEGO Star Wars minifigure posters we received. George – a good friend of mine – is on the left, and the kid with the twinkle in his eyes is his son, Kai. My son is standing with his back to the camera and I’m behind the camera. 🙂 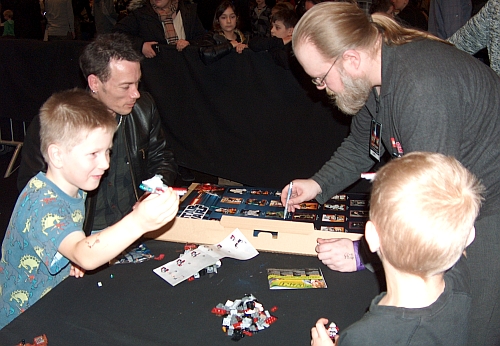 It was actually quite a surprise to meet Chris. We signed up for a Build with a LEGO Star Wars Designer session, but did not know who we were going to meet. I only knew Chris by name and not by appearance, so when he introduced himself I was very pleased.

Chris has been working for LEGO for about 13 years, and been designing LEGO Star Wars minifigs for the past 7 years (5 years exclusively). He also did design-work in other themes like LEGO Harry Potter and LEGO Indiana Jones. (I don’t know if there is some way of confirming all of this, in case my memory is off. I cannot find any bios on other than the LEGO Creator designers. It would be cool to have some kind of info on the guys and gals who design the stuff that we love so much.)

I obviously had a lot of questions for Chris, and I wish I would have been better prepared! I could have had more questions answered, but many of them popped into my head only after our 15-20 minutes meeting was over. That’s not a long time when you have so much to ask about! Hopefully Chris will be there next year, and I will be ready to ask him more. 😉

I did tell Chris that I liked the way printing on the LEGO Star Wars minifigures are becoming more and more detailed and asked him why don’t all minifigs have printed legs like the sandtroopers. He said they only add leg and arm-printing if it has a purpose – like showing the dirt on the sandtroopers’ pants – otherwise it has been decided between LEGO and Lucas Arts to save the cost and make room for more parts in the sets. 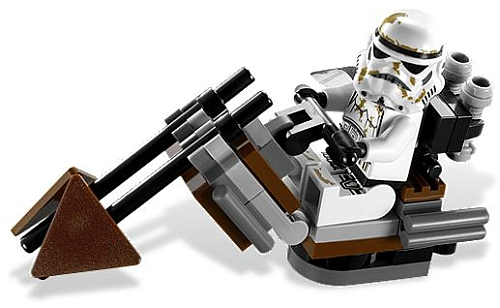 Chris also told me a bit about the new stormtrooper torso, which he made because he was tired of looking at the old, inaccurate design. 😮 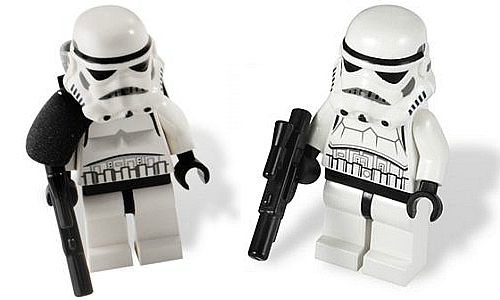 Finally I asked him about the 2012 C-3PO with wires showing from the #9490 LEGO Star Wars Droid Escape set. He told me that this would be the C-3PO included in all future sets, although the torso-printing fits this particular scene of the Star Wars movie. 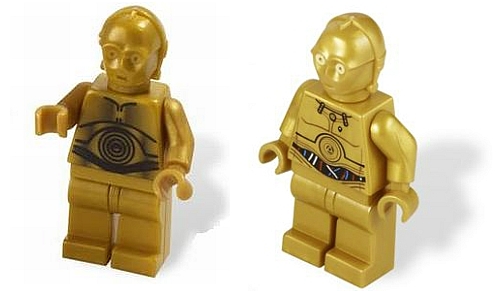 At the end of the conversation, he gave me a heads-up regarding a new chrome-gold C-3PO with the 2012 colorful wires print, it will become available sometime during the summer as a promotional giveaway. I thought it was great news, considering the old version being one of the most wanted minifigs for LEGO Star Wars collectors (going for over $200 on Bricklink and eBay

(Below is an excellent photo of various C-3PO versions by Flickr member Morgan190. Left is the very rare and highly coveted chrome-gold C-3PO, the middle is a custom by Morgan himself, and on the right is the more common C-3PO available in several LEGO Star Wars sets.) 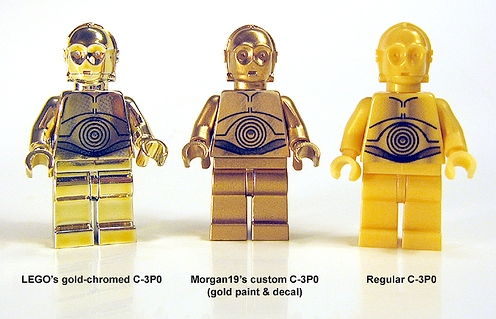 My boy got a #30053 LEGO Star Wars Republic Attack Cruiser Miniset, which Chris assisted in building. And we both got a signed 2012 minifig poster, to remember this memorable event.

It is not yet known if the new version of the chrome-gold C-3PO will be in random boxes like last time, or will it be available through other means. Nor is it known how rare it is going to be. But if you aren’t the lucky owner of the previous version of the chrome gold C-3PO, here comes your next chance, so keep your eyes open for updates! What do you think? Are you excited?  Let us know in the comment section below. 😀